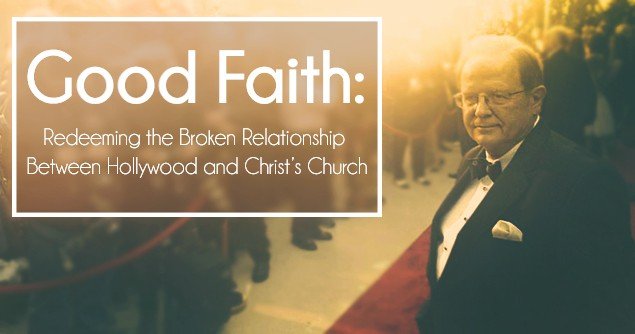 Redeeming the Broken Relationship Between Hollywood and Christ’s Church

Lately, there have been several edgy Christian articles gloating over the financial failure or near failures of some mediocre Hollywood movies. Too often, these articles sound like schadenfreude, which means taking pleasure in other people’s pain.

The church wants Hollywood to make movies reflecting a biblical worldview. MOVIEGUIDE(r) wants these movies to get better and better. Even so, when Hollywood makes mistakes, we shouldn’t gloat and take pleasure in their mistakes. Instead, we should try to help these Hollywood filmmakers to 1) Know the Truth that will set them free; 2) Understand how to do better; 3) Know that we appreciate their trying to tell a biblical story; and, 4) Realize that they aren’t our enemy.

That said, the people who really do better are those who try to reach the 123 million people going to church every week.

When the disciples went to Jesus complaining some other people were trying to heal people in His name, they asked should we stop them? Jesus said, no, because, if they’re not against us they’re for us.

Of course, if a movie is clearly blasphemous, we need to refute it. If it’s theologically sound but dramatically clunky or confused, we need to help the filmmakers do better next time.

That’s a primary purpose of this ministry, the Christian Film & Television Commission®, dba MOVIEGUIDE®:  The Family Guide to Movies & Entertainment, and its mission.

This mission is often more difficult than it needs to be, such as when movie studios and filmmakers think they can do things totally on their own, without spending the time to learn their craft or understand what Christian moviegoers might like to see and what might turn them off, or when Christian leaders and their congregations are so hostile to Hollywood that they don’t want to have anything to do with it or that they read all sorts of bad motives into the mistakes that filmmakers too often inevitably make.

We are here to help both sides, so that tomorrow’s movies will be as inspiring, uplifting, stimulating, edifying, biblically accurate, theologically sound, beautiful, entertaining, and as beloved as possible.

Our Father in Heaven uses stories to tell the history of His ongoing relationship with His creation – mankind – and to explain the Gospel of His Son, Jesus Christ, who died to set us free from sin so that we can live life more fully, more richly and more abundantly, in Spirit and in Truth.