HACKSAW RIDGE and DOCTOR STRANGE: The Hero Who Loves Versus the Hero Who Kills 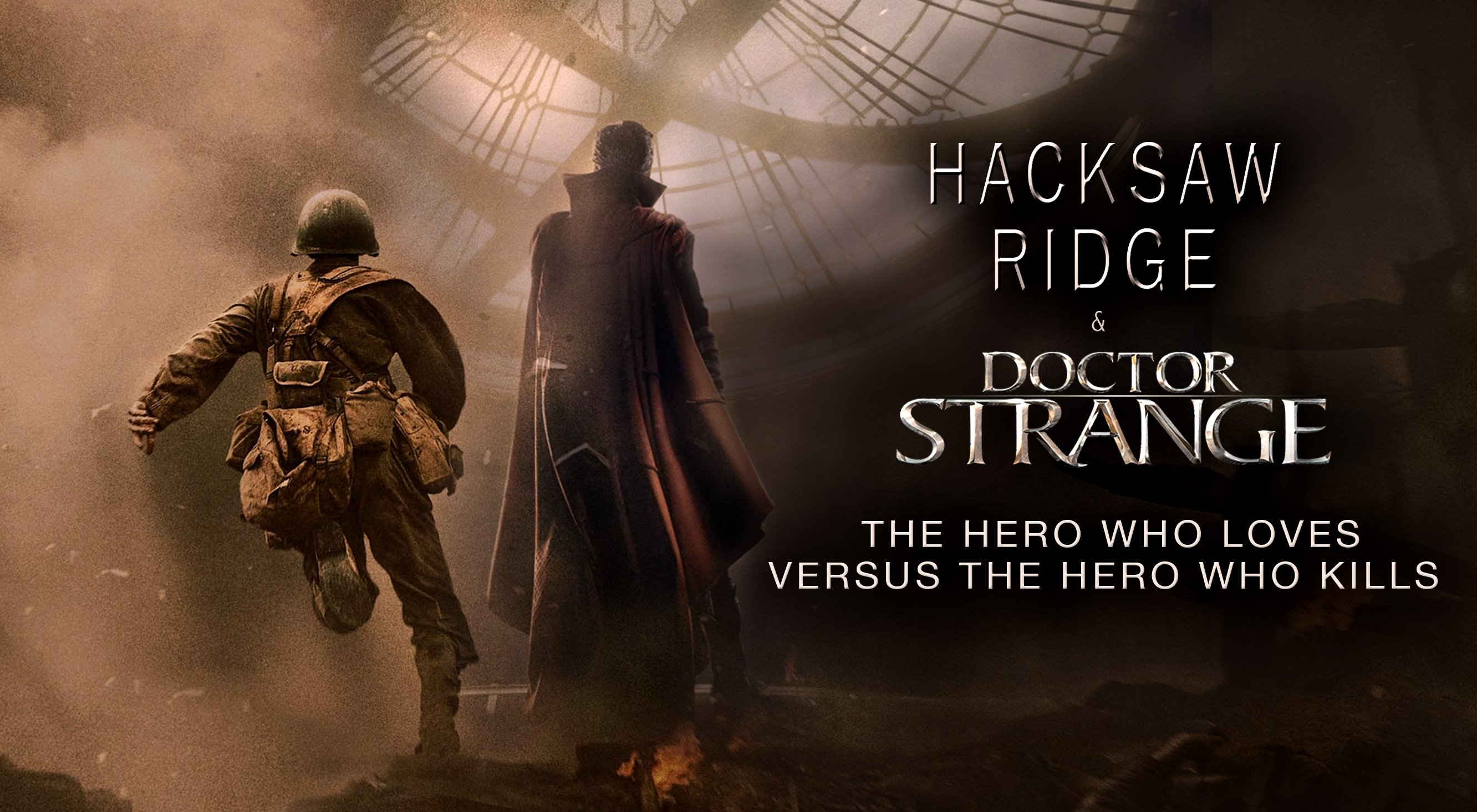 On November 4, you will have a clear choice between a movie hero, who solves the plot problem by loving his neighbor as himself and saving lives in the most terrible of conditions, versus a movie hero, who learns to kill, take and violate the laws of nature to solve his personal plot problem.

HACKSAW RIDGE tells the story of Desmond Doss, a real person, who stood for his Christian faith and his commitment to God not to carry a gun into war. Eventually, Doss saved 74 people in the battle on Hacksaw Ridge in Battle of Okinawa during World War II.

DOCTOR STRANGE, however, tells the story of Stephen Strange, a medical doctor who takes an oath as a doctor to save lives, but, when he himself is hurt, learns the occult art of killing, stealing and destroying.

These are both powerful movies with good acting, good humor and emotional scenes. One of them, HACKSAW RIDGE, fills the audience with joy at the end. The other confronts the audience with the deadly promise of occult nihilism and nominalism, where reality can be bent according to one’s selfish whim to power.

Eventually, DOCTOR STRANGE teaches that death is truly the end and that that is a good thing. The good news, however, is that death isn’t the end, and you don’t have to kill to triumph. Jesus says in John 10:10 that, “the thief comes to kill, steal and destroy,” but that Jesus came to set us free and give us “abundant life.” Thus, God loves us so much that He empowers us to love one another and gives us the free gift of eternal salvation.

So, choose this day whom you will serve, which movie you would rather see, and which hero you want to emulate.