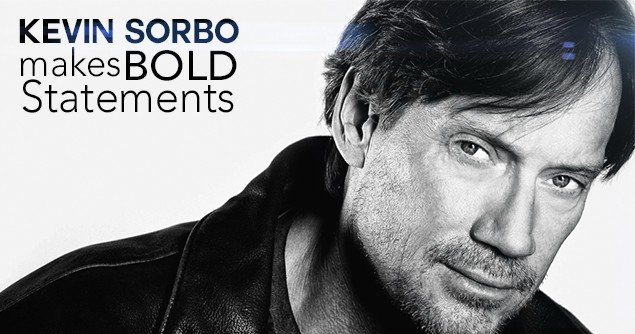 In an interview with The Blaze, Kevin Sorbo, who starred in the popular Christian movie GOD’S NOT DEAD, had bold words about atheists and their “weird” issues with Christianity.

“They’re offended by something they don’t believe in,” Sorbo said. “Well, it offends about 90 percent of people of the country that they take the nativity scenes down, but apparently, the majority doesn’t have a voice in this country anymore.”

Sorbo, who played an atheist in GOD’S NOT DEAD, added, “I’ve seen these guys [atheist activists] on TV and cable outlets. . . I see the anger when these guys get on TV, and I’m going, ‘Wow, how do you get so angry about something you don’t believe in?”

GOD’S NOT DEAD was recently released on DVD and Blu-ray.

Alex and Stephen Kendrick, the filmmakers behind the Christian movies FLYWHEEL, FACING THE GIANTS, FIREPROOF, and COURAGEOUS, have reportedly just finished shooting their fifth movie, which is about the importance and power of prayer.

According to Alex, the new movie will help to get Christians thinking about how they use prayer in their family life.

“We’re going after something here that could radically improve our culture, and moviegoers will experience it within the context of an inspiring and emotional story,” Producer and Co-Writer Stephen Kendrick said in a press release.

“Prayer is so much more than people realize. It can powerfully affect every problem and need in our lives if engaged from within a vibrant relationship with God.”

The new movie (still untitled) will be giving two powerhouses in the Christian book community their film debuts.

Pricilla Shirer, a New York Times best-selling author, will be featured as one of the main characters. Also, the famed Christian teacher and speaker Beth Moore will make a brief appearance for the first time ever in a movie.

The Game Show Network has signed on to a second season of the Christian reality dating show “It Takes a Church.”

Natalie Grant served as the host of the first season as members of Christian churches competed in helping math make single parishioners. The first season was welcomed with stellar ratings for GSN and saw much growth among women. The second season is expected to premiere in 2015.

Jill Duggar, 23, and her husband Derick, 25, have announced that after several failed pregnancy tests, they are expecting their first child.

As reported by The Christian Post, “The couple took a vow to accept any and all children that God chose to bless them with.” Eight weeks later, God answered their prayers. On September 2, “19 Kids & Counting” will feature Jill and Derick’s wedding. The ever-growing family also announced the engagement of Jessa Duggar last week.