Holding onto Faith in the Entertainment Industry 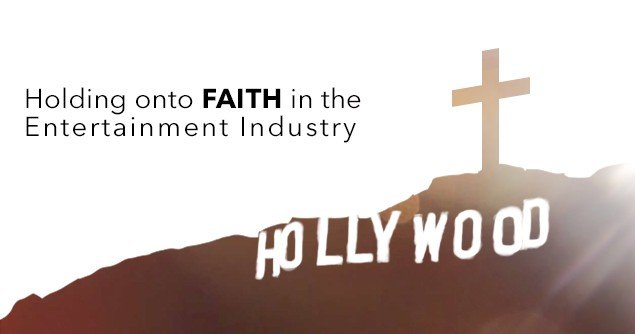 Pinewood Studios:  From Faith to Faith

J. Arthur Rank’s millionaire father referred to his son as a dunce, suggesting his child would never accomplish anything on his own. Fortunately for Fayette County, Joseph Rank was quite wrong.

J. Arthur, a long-time Sunday School teacher at his Methodist church and President of the National Sunday School Union, was a member of a small group of citizens concerned with the lack of Christian values in the movies of their day, and they formed the Religious Film Society to distribute Rank’s own productions. That effort had limited success until he established a vertically-integrated entertainment conglomerate in 1935, which was called Pinewood Film Studios.

An estate about twenty miles west of London was transformed into a studio, and it was named Pinewood because “of the number of trees which grow there and because it seemed to suggest something of the American film centre in the second syllable”.

That enterprise became the United Kingdom’s largest and most prolific studio, and more than 1600 productions have used its facilities around the world. Among the classic movies made on their premises are The Red Shoes, Oliver Twist and Great Expectations, as well as more contemporary blockbusters like the James Bond series and the Harry Potter movies. [Note: a studio is the site at which movies are filmed, not a company, like United Artists, that produces the films].

Rank’s business success has been well chronicled, but fewer people know of his faith. As he once explained, “If I could recall to you some of my various adventures and experiences in the film world, it would, I think, be as plain to you as it is to me that I was being led by God.” His daughter, Shelagh Cowen, wrote of him, “My father had a wonderful simple faith and trust in the Almighty. He put his whole life in the hands of God. Every morning of his life he walked in his garden, praying and seeking advice from God for the coming day and then living it out with help from above. He was a man of the greatest integrity and believed that your word was your bond.”

Mrs. Cowen added, “He believed that the media of films and the cinema would be a way to reach out to those who were not churchgoers – so that they might also learn of Christ and the power of the Holy Spirit.” Rank generously donated approximately 100 million pounds to Methodist causes during his lifetime.

Now let’s fast forward to the present century. About ten years ago this movie powerhouse began a search for a production site in the United States, and on April 29, 2013 announced it had chosen to locate Pinewood Atlanta Studios (PAS) at 461 Sandy Creek Road in Fayetteville. The Grand Opening was a two-night gala event in January 2014 at which around $200,000 was raised for local charities.

Pinewood Studios Group CEO Brian Dunleavy observed, “This new studio will target U.S. productions. Georgia has excellent tax credit incentives, as well as a great crew base. With River’s Rock [a locally-based group of private investors], we have a well-resourced partner that is committed to building a first-class studio facility.”

The partnership of which Mr. Dunleavy spoke primarily resulted from the efforts of several Fayette County Christian businessmen who combined their professional skills to arrange an international deal worth tens of millions of dollars. This joint venture involved the companies Group VI Development and ProMaker Development, and the leaders of those organizations are worthy of recognition for this major accomplishment.

Jim Pace is the co-founder of Group VI, and he is also the Managing Partner of River’s Rock, LLC. His company is one of Georgia’s leading family-owned and operated full-service real estate and construction firms, and part of that success stems from applying the Golden Rule to his business dealings. A phrase which Pace has coined for his company is that it is “different by design”.

Commenting on the association with Pinewood, Pace noted, “We are tremendously excited to be creating a world-class studio in the state of Georgia, and we are looking forward to working with Pinewood in the many years to come. The Pinewood brand is well-recognized in the global film industry, and together there is a great opportunity to build an excellent facility that will attract the very best producers.”

Partnering with Group VI is ProMaker (i.e., for God) Development, and one of their emphases has been to attract the entertainment industry to Georgia. The success of “Drop Dead Diva” has been encouraging, but the arrival of Pinewood Studios takes the process much further. ProMaker Partner Rick Halbert stated, “This project will solidify the state’s reputation as a premier location for movie-making. Pinewood Studios has been in operation for almost 80 years and has filmed so many excellent productions. This project will be a game changer in the industry here in Georgia.”

Halbert added, “The team behind the effort is an incredible assemblage of designers, architects, engineers, developers, contractors, and subcontractors beautifully blended with local and state politicians from local commissioners to the state capitol. It feels good to be back to work, feeling fresh dirt churning.”

For Halbert, the Pinewood project was also a personal game changer. When the recession of 2009 adversely affected the construction business, Rick began a new career in his fifties. Though his initial prayers about a studio at another location were not answered as he hoped, Halbert now realizes his world changed when he let go of the “steering wheel of his life” and submitted to God’s control. Rick considers that transaction as a time of personal rebirth. Sounding a bit like J. Arthur Rank, he noted, “We may never get every four-letter word, sex scene, and violent action edited out, but we may be able to influence what is produced. Pinewood was started for the purpose of doing faith-based movies, so you can see God started this project many years before we picked it up.”

Jim Pace takes the challenge of working in the film industry a step further. “Many people would run from that environment, thinking it too dark. But I want to run toward it, hoping to shine the light of Christ into the darkness. That’s the example the Lord provided.”

Halbert’s partner, Len Gough, also considers the four-year pursuit of attracting the film industry to Fayetteville as being blessed of God. “We desire to deal with right-thinking people (i.e., those who function honestly and with integrity – as did J. Arthur Rank), and most of our business relationships have been of that order, particularly with the companies involved with Pinewood Studios.”

Bill Foley, Founder of Foley Design Associates and another of the Fayette County businessmen involved in the Pinewood story, agrees. “You can’t develop a project of this epic proportion without a team that’s experienced in working together. For example, my company has undertaken about 300 ventures with Jim Pace.”

Foley also observed compatibility with various levels of government and business. “We’ve never seen the State of Georgia, county and city governments work together as they have for this project. The jump from having a dream to experiencing construction is truly amazing.”

Foley, whose company has contributed to the building of a shelter in Atlanta for poor veterans, noted, “I’ve worked on other very large endeavors in my career, but down the road somewhere I suspect the Pinewood Studios project will have touched more lives for the good than any of the others with which I have been involved.”

Speaking with Messrs. Foley, Gough, Halbert, and Pace for this article, one realizes they are all men of faith, and the Pinewood Studios arrangements have deepened their confidence in God to meet their needs in all aspects of their lives. As was the case with Rick Halbert, Jim Pace also was significantly affected by the economic downturn in 2009, but during that low time Jim underwent a literal “mountaintop experience” whereby a stranger from the Ukraine prayed he would receive God’s perpetual power to enjoy a victorious life thereafter, and the result was, among other things, an increase in personal faith to trust God completely.

We’ll close with something we can almost be certain would be pleasing to Pinewood’s founder. The 8:30 am weekly Wednesday construction meeting has been “converted” to a constantly-growing public devotional featuring a variety of speakers. Indeed, J. Arthur’s studio began by faith and its continuation in Fayette County is more of the same – from faith to faith and to God be the glory.

Editor’s note: Chuck Cleveland is a writer from Newnan, GA who regularly contributes to the magazine of A Better Way Ministries. He has written over twenty-five feature stories for his local newspaper, as well as travel articles for its magazine. This article is used by permission.