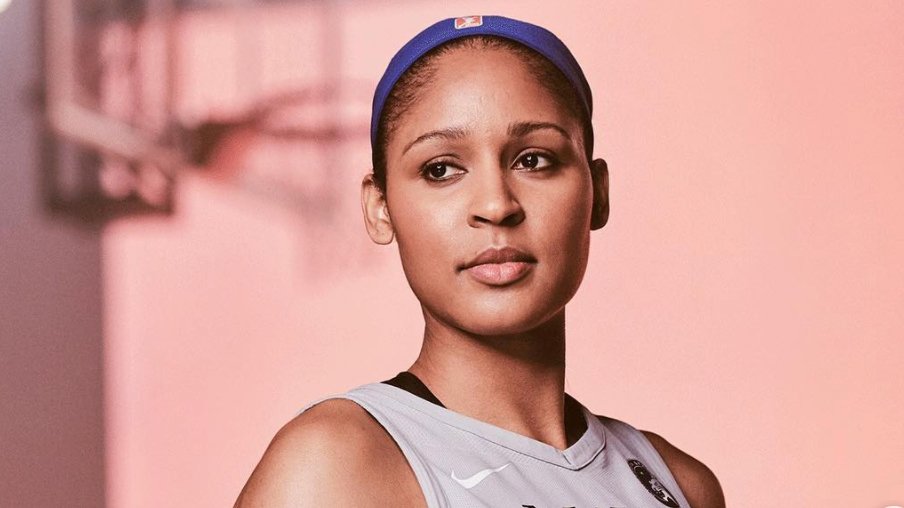 To the surprise of the sports world, WNBA Champion and MVP Maya Moore hung up her jersey in 2018 to pursue “ministry dreams that have been stirring in my heart for many years.”

In the new documentary, BREAKAWAY, Moore noted that her faith in God encouraged her to first pursue justice for Jonathon Irons, an innocent man put in jail.

“One of the most freeing things I’ve come to realize, I’m a created being, wonderfully made in God’s image,” Moore explained during her speech at the 2021 Espys. “And that means I don’t have to define myself. But my all knowing, all loving, all powerful creator has designed me for a beautiful purpose.”

Jonathan Irons went to prison at just 18 years old, after being tried as an adult for assault and burglary with a deadly weapon. Despite there being no physical evidence connecting him to the scene and a number of other holes in the case, he was sentenced to 50 years in prison. Maya Moore was just 8 years old at the time of Irons arrest.

Despite her success on the court and entering her prime as a WNBA player, Moore faithfully followed God’s call on her life.

Irons and Moore first met after her godparents, Cheri and Reggie Williams, found the potential for overturning Irons’ prison sentence.

Quickly, Moore and her family became invested in Irons’ life.

Although Moore did not grow up with a father, the WNBA Rookie-of-the-Year said she placed her identity in Christ.

“It hit me so hard when I was in middle school that God is my father and he is my identity,” Moore said on The Grove Podcast in 2019. “He is my security. He is what matters most about who I am. I’ve become such a believer in the beauty and power and need for fathers, especially godly fathers. And whatever our culture says, I’m convinced that the best way for kids to grow up is with their mom and their dad.”

BREAKAWAY covers the two decades that Moore and her family fought for freedom for Irons and “does not hide the faith motivating all the efforts.”

Movieguide® has not yet reviewed BREAKAWAY and cannot advise on its content.