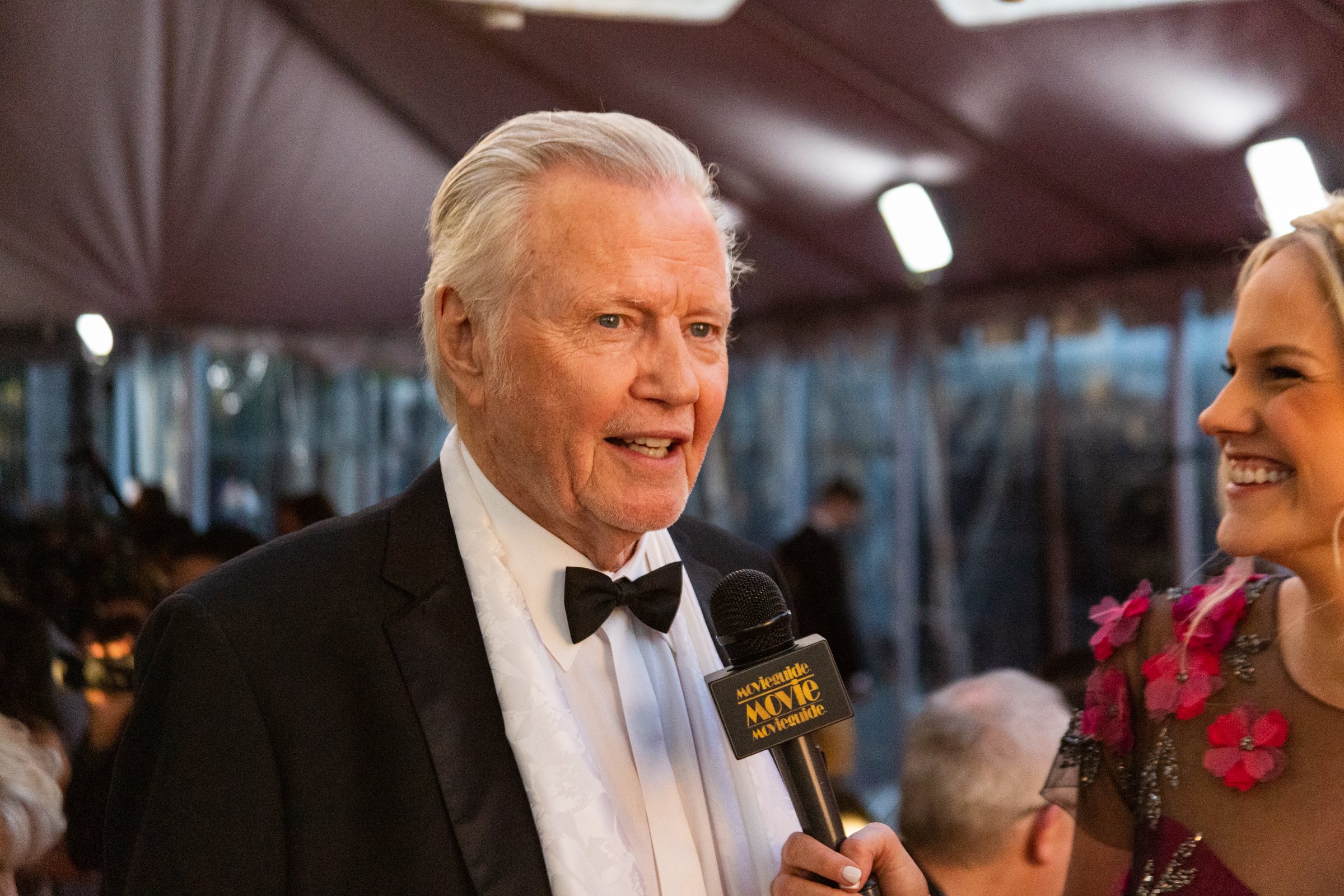 *Editor’s Note: This article originally ran in February 2019. In honor of Mr. Voight’s birthday, we are re-running it.

Jon Voight (NATIONAL TREASURE, PEARL HARBOR) presented the Grace Award for acting at the 27th Annual Movieguide® Awards on February 8th, which just aired on Hallmark Channel. The award show honors movies and TV programs with positive faith and values. The decorated actor with an Oscar® and Golden Globe to his name stopped to talk to Moveiguide’s Evy Baehr Carrol and talked about what he considers to be the most important job: motherhood.

Voight shared about his interactions with tweens when he goes to speak at schools. When there, he always asks the students, “what’s the most important job?” He relayed that the students give a plethora of responses from fireman to President of the United States. Voight responds, “here’s the number one important job in the world: mother.”

“Right below, not too far away, is father,” he continued, “those are the big ones.” Parenthood is a topic close to the actor’s heart. Voight went on to note that the love and support of his parents gave him and his two bothers a great foundation for their professional fields. One of his brothers, Barry, is a world-renown volcanologist (Volcano expert), and his second brother, Chip (pictured below), is a noteworthy songwriter who wrote “Wild Thing and “Angel of The Morning.”

Taking a moment, Voight also connected motherhood to God’s heart for the world, “I mean it deeply because a mother is God’s portrait of unconditional love, that’s what a mother is.” He continued, “this is what we’re all supposed to be striving for is unconditional love for fellow man.” Voight believes that only mothers can tap into reserves of energy to parent their child, even when they’re exhausted or frustrated, “they’re geared for this thing… never losing their calm, never losing their love,” he said. Voight’s next feature film is ROE V. WADE about the landmark Supreme Court decision that decriminalized abortion. Voight will play chief Justice Warren E. Burger in the movie.