The Internet – A Digital Tower of Babel? 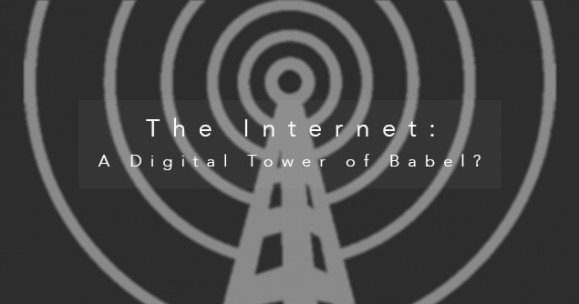 The Internet – A Digital Tower of Babel?

What is the future of the Internet?

The Internet is something like the Tower of Babel. It’s mankind reaching toward the powers of God.

God stopped the Tower of Babel by confusing languages. The Internet will one day allow you to carry on a fluid conversation with someone who doesn’t know your language. You’ll be able to read and write in any language you wish.

God knows everything. The Internet will give you access to things you don’t even dream you want access to today. It will be able to monitor your backyard tomato plants and inform you exactly when to water them and when to stop. It will be aware of approaching rain and periods of drought. It will notify you when something you want goes on sale at the price you want – even if that’s at a garage sale. In fact, it will negotiate with sellers on your behalf. It will get you custom fit clothing. It will tell you when you need exercise and help you plan what that exercise needs to be. It will help you maintain “optimal” health.

In the wake of this new technology, your lifestyle will change in extraordinary ways. What will never change, however, is God’s law.

If mankind obeys God’s law, including commands like “love your neighbor as yourself,” and “do unto others as you would have them do unto you,” the Internet can be mankind’s friend. It will greatly increase productivity and prosperity. It will increase leisure time and provide a quality of life we don’t even realize is possible now. It will revolutionize education and entertainment.

If, however, mankind violates God’s law, the Internet will become an incredibly powerful tool in the hands of tyrants. Government agents will be able to read your thoughts and control the synapses in your brain. If some powerful bureaucrats consider you an opponent and a threat, they may be able to shut you down.

The Internet can’t be stopped. What has begun can’t be halted. Incredible change is coming.

What direction this change goes will be determined by moral choices. Those choices will be made by consumers, businessmen, voters, bureaucrats, and scientists.

Will mankind honor and seek God’s will, or will mankind build a level of tyranny worse than any imagined in a novel or a movie?

The Bible indicates there’s a horror show coming: a final horrible war followed by a new heaven and a new earth in which righteousness reigns. You can’t buy a ticket to the new heaven and new earth. Jesus has already bought your ticket. However, to receive your ticket, you must turn away from sin, seek God’s forgiveness, and be led by the Spirit of God.

If you are led by the Spirit of God, you’ll desire that God’s will be done on earth as it is in heaven. You will work and vote for such, but you will know that your final destination is a new heaven and a new earth. For now, you’ll see yourself as an agent of God sent to rescue others. You will hand out tickets that Jesus has paid for with His blood, with the extremely painful work He did on the Cross.

Technology isn’t our enemy. It’s made possible the lifestyle we enjoy today. It enables farmers to feed more people. It enables homes to be heated and air-conditioned. It enables transportation, but it also enables war to become more devastating with each passing year. It enables the government to monitor more and more of your behavior.

Our real enemy isn’t the Internet, but the evil that lurks inside us. It’s demonic spirits like lust, greed and pride. Technology in the hands of those driven by such spirits destroys, enslaves, and tortures.

The Bible tells us we war not against flesh and blood but against principalities and powers. In the end, we are assured of God’s victory. For now, however, we could be in for some very wonderful or very terrifying uses of technology.