Is Zoom TV Better Than No New TV At All? 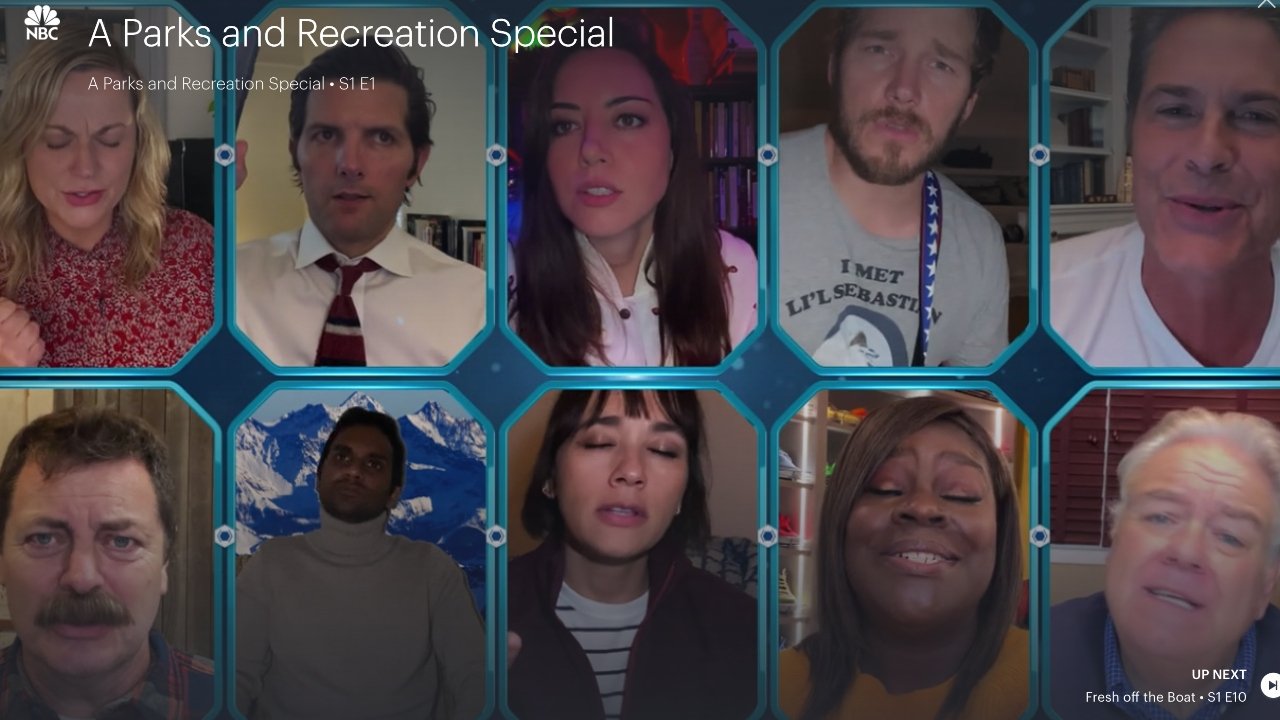 Is Zoom TV Better Than No New TV At All?

PARKS AND RECREATION fans around the country cheered when the cast announced they would reunite for a televised special set in the time of quarantine and isolation.

The special, which premiered April 30, featured beloved members of the cast videochatting with each other from their homes. The story relied entirely on fans’ nostalgia and a prior understanding of plot and character dynamics.

During this unusual season of isolation where Hollywood is scrambling to create new content while practicing social distance protocols, it begs the question: Is Zoom TV, that is, television featuring characters videochatting rather than having interpersonal interactions, better than having no new episodes at all?

The answer is no, but also yes. Just as videochatting is a temporary placeholder for spending quality time with family while many states remain locked down, these videochatting episodes should not become the new norm. They lack the depth and stories of interpersonal interactions. Lighting is weird. Actors look haggard. The jumps between screens can give viewers a headache. Without prior knowledge of plot, characters or context, viewers may feel they missed critical information necessary to help them process what they are watching.

Watching people videochat each other is far from the golden age of Hollywood. However, it does give television crew and cast a chance to really shine creatively as they work within the world’s new parameters. While these episodes will most likely not be nominated for prestigious awards, they also represent a unique opportunity for viewers to see a relatively level playing field as the people behind these series are forced to follow the same regulations as they themselves are experiencing.

Ultimately, Zoom TV could be better than nothing at all, but it should not be a turning point in television. Consumer families may be quite thankful when entertainment options return to normal.