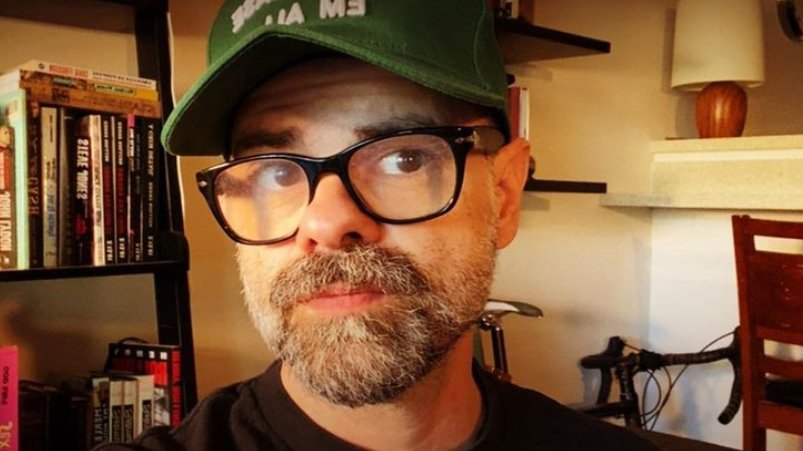 However, their son Jay Bakker recently opened up about Hollywood’s portrayal of his parents and recalled how each retelling of his parent’s story forces him to relive the trauma.

A portion of Movieguide®’s review of THE EYES OF TAMMY FAYE reads:

THE EYES OF TAMMY FAYE follows the rise and fall of Tammy Faye Bakker and her husband, Jim Bakker. The couple starts off from humble Midwestern beginnings to create a highly successful Christian TV network, PTL or Praise the Lord, in the 1970s. With their newfound success, the Bakkers carry more responsibility financially and feel the pressure to continue performing. However, it surfaces that the pair have been unfaithful in not only their marriage but in other areas too.

THE EYES OF TAMMY FAYE is superbly directed and well-acted, but it has an Anti-Christian, humanist worldview overall toward Bible-believing Christians. That content is mixed with some Christian, biblical, unbiblical, politically correct, and homosexual elements. For instance, Jim and Tammy want to serve the Christian community and tell people about Jesus, but they don’t have a healthy grasp on truth and grace. The movie’s positive Christian content is matched with unbiblical sentiments such as God accepts homosexuality and wants everyone to be wealthy. Tammy Faye is portrayed as a more politically correct Christian because she’s pro-homosexual and very comfortable publicly discussing taboo subjects.

The movie premiered in theaters on Sept. 17. Jay said that he made many of his social media accounts private to avoid the inevitable influx of attention due to the movie.

“I’ve always been in therapy, but I said, ‘I think it’s time to go over this stuff again and prepare myself for this coming out,’” Jay said ahead of the premiere. “Because a lot of trauma happened.”

The Eyes of Tammy Faye is well-acted and well-intentioned. Chastain was inspired to produce the film after seeing the 2000 documentary The Eyes of Tammy Faye and realizing how unfairly Messner was treated by the media. But to make that point, the film, written by Abe Sylvia and directed by Michael Showalter, would also have to revisit the family’s humiliations, which began when Jay was 11.

That year it was revealed that Jim had had an affair with a former church secretary and paid her $265,000 to keep her quiet. Jim was stripped of his ministerial credentials. Then, in the following years, as Tammy Faye battled an addiction to Ativan, Jim was convicted of federal charges that he had bilked his followers out of $158 million, and was sent to prison. (Originally sentenced to 45 years, Jim’s sentence was reduced and he ultimately served almost five years in prison.)

While Chastain approached Jay about the production, the 45-year-old pastor said he still felt nervous about revisiting the story.

“I was like, Here we go again. This thing never ends. My parents lost everything. My dad went to prison. My parents got divorced. I dealt with that in high school,” he said. “Nothing surprises me. I’ve had a really strange life.”

Despite Jay vocalizing his distaste for past renditions of the story, he said that he appreciated how Chastain and Garfield humanized his parents.

“She really grasped my mom’s personality, my mom’s love. But what got me the most was the mannerisms and small movements,” Jay said, adding of Garfield: “He was really empathetic and saw the good in my dad that most people didn’t. He felt like he was taking on a crazy role… he was like, ‘Your father is so complex, so full of contradictions.’ I think he wanted to take the role even deeper than he was able to.”

In a later conversation, Jay said that he talked with Garfield about the role: “I said, ‘You did a good job. You humanized him, and that’s something most people don’t want to do. Most people want to make him the villain.”

Tammy Faye died in 2007, and Jay said that his father would most likely opt out of seeing the movie.

“For my dad, it was too traumatizing,” Jay said. “No one really remembers the good stuff. No one remembers my mom’s prison ministry; no one remembers how much they did for people in need. So for him, I think it’s a hurtful place. Going through prison for almost five years? That’s tough. He doesn’t trust the media. He doesn’t trust people. And I guess I can’t blame him for that.… Who my dad was in the ’80s and who my dad is now are very different people.”

Jay currently pastors The Revolution Church but said that he still struggles with his past.

“When I was a kid, I didn’t really have a choice to be on TV or not. I felt like a prop as a kid,” Jay said. “Now, I’m a 45-year-old adult with children, realizing, I’ve got to make sure that I’m not a prop for people making a film about my parents. You know what I mean? I don’t want to put myself back into that role again.

“Jessica’s heart is in the right place and the film is humanizing. I don’t feel like it’s perfect, but it’s definitely one of those things where I have to have my own boundaries and maintain those boundaries with the film. I’m not going to come out and say, ‘It’s perfect,’” he said.

At the very least, Jay said that he hopes people can emphasize with his parents more after watching the movie.

“I hope people can empathize in a way of, ‘What would I have done had I been put into this type of situation?’” Jay said. “We see rock stars go through this all the time—when people are suddenly put in the spotlight and given so much responsibility at once. It gets overwhelming. I hope people realize that life is more complicated…and that we’re all just human beings trying to make it.”