KENAN Is a Heart-Felt Comedy For Parents, But Not Children 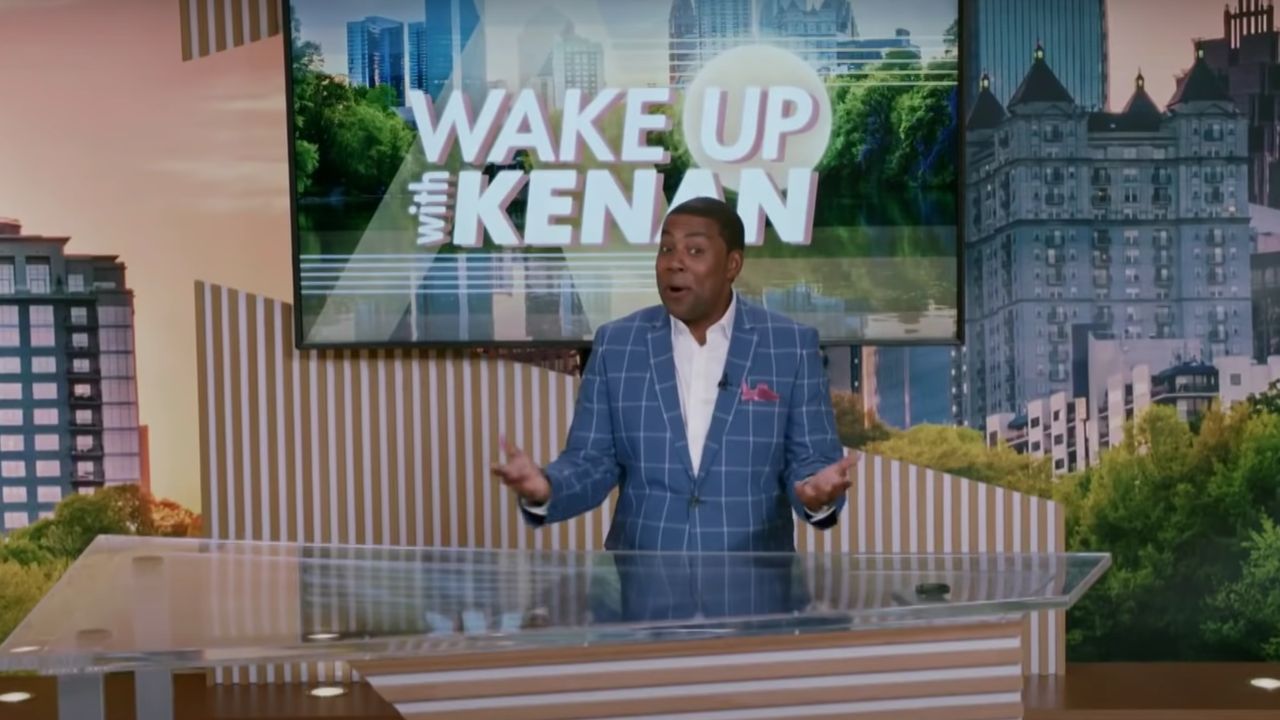 KENAN Is a Heart-Felt Comedy For Parents, But Not Children

Though NBC’s KENAN may center around a single father trying to raise his two daughters after his wife’s death, it’s not safe for your whole family. However, though there are some cautions that make the show unsuitable for children, parents may find the show enjoyable.

SATURDAY NIGHT LIVE cast member Kenan Thompson stars as Kenan Williams, a morning talk show host who is grieving the loss of his wife as he tries to build a stable life for his two daughters. The show opens in a sweet montage of Kenan getting himself and his daughters ready before he jets off late to work. He packs lays out their clothes, makes their lunches and packs their backpacks.

His father-in-law startles him, and he screams like a child, waking up the rest of his house. His brother Gary comes in from the club right as the girls are waking up and come down stairs. Exasperated, Kenan brings up his daughters’ “deceased parental figure,” and the girls poke fun at him for reading so many self-help books on single parenting.

The heart is clear, though, that Kenan desperately wants to be a good father and give his daughters as normal a life as possible as they all grieve the loss of Cori.

At work, Kenan jokes with the audience that he doesn’t care who they sleep with as long as they “Wake Up With Kenan!” which is also the title of his TV show. His co-host says that people must be married to sleep together, and some audience members grumble and roll their eyes.

Kenan’s boss, Mika, informs him that the ratings are slipping, and he needs to talk more about his deceased wife to boost the ratings and help process his grief. Kenan initially refuses, but eventually opens up on-air with a doula after his family pressure.

Cue the chaos. Kenan jokes about his wife needing an epidural at 0 centimeters, to which the doula responds that mothers should hold out on drugs for as long as possible. Kenan then proceeds to accidentally mock almost all mothers in a rant where he digs his own grave.

It’s not pretty. Cancel culture mob is coming for Kenan, and Mika asks Kenan to give an apology without actually apologizing.

The show writes his apology, which Kenan starts to give before he just decides to wing it.

His monologue makes the show. Kenan expresses his grief over the death of his wife and the struggles he’s encountering while trying to process her death. He shoots straight from the heart, and it hits.

KENAN is not suitable for children, and merits caution for innuendos, alcohol consumption and foul language (mostly obscenities). However, adults with strong media discernment will see the show as a sweet love story between a father and two daughters as the father does what he can to raise his precious girls.