“The League and the Lantern” Book Review 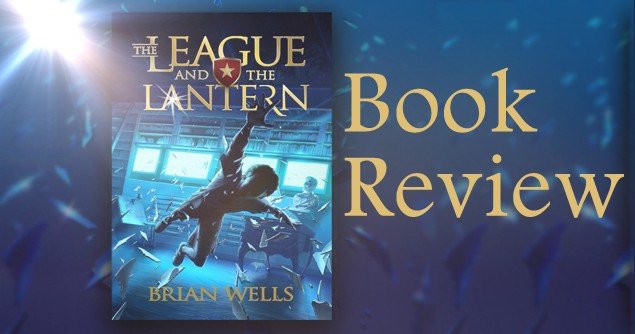 The League and the Lantern

Jake Herndon is a rising seventh grader who doesn’t quite fit.  He tries his best, but the world, or his own klutziness, just seems to be against him.  Determined to make a fresh start, he enrolls in a school for gifted children.   However, when a back-to-school museum trip gone bad turns into a high stakes burglary, Jake is thrust into a subterranean world of subterfuge, secret agents, and plots to topple the destiny of the world.

Jake and his friends foil the robbery, but they soon find themselves the target of a secret society known as the Dark Lantern, intent on global domination.  Jake, along with his two new best friends, is forced to flee for his life.  He returns to his home only to find his adopted father, Uncle Gabe, gone, and the local police cooperating with the bad guys.  A series of clues, starting with the gloves Abraham Lincoln wore when he was assassinated, lead Jake to believe that his Uncle Gabe is not who he seems to be.

Jake and his friends set out for the state capitol to find Gabe and clear up the mystery.  What Jake finds at the capitol sends his life on a collision course with the destiny of America, both past and future.

The League and the Lantern is an engaging mystery novel designed for 10-16 year olds that mixes in a little bit of history, spy craft and suspense along the way.  From the very first page, the reader is hooked by excellent dialogue, quirky characters, and death-defying action. The plot twists are excellent, leaving the reader guessing about the loyalty of key characters in a clever roller coaster of agents and double agents.

Unfortunately, the reader is also left in the dark about the direction of the story.  The main problem of the story remains undefined until nearly the climax of the book. Jake and his friends are on the run for most of the book, but only at the end is it revealed why the bad guys are chasing them. Even when the motivation of the villain is explained, it remains rather unsatisfying, especially after such a long build up.

The story has an excellent moral to it.  The main character, Jake, is the hero of the story, intent on saving his Uncle Gabe and Abraham Lincoln’s legacy of peace.  He is a courageous young man that refuses to believe the worst about his family, even when it seems like the evidence is all against them. He is upbeat in the face of public humiliation and social ineptitude.  He is not afraid be a nerd, even when it is uncool.  Jake isn’t perfect though, he is insecure about his hygiene and his messy nature.  He is worried about the social hierarchy of middle school.  Sometimes he is reckless, plunging into dangerous situations without thinking.  He is also impulsive. Jake is a flawed role model, but a positive one nonetheless.  When faced by a shadowy villain named Anarchus Kane, bent on acquiring money and power, Jake is forced to take a stand and fight for good. At the end of it all, Jake learns that it is love that inspires courage, not hate.

The story as a whole is almost completely devoid of foul language, sexual content, and negative themes.  While there is a fair amount of action, the violence stays at a minimum. As a whole, the material is family friendly. The main characters fight for family, friends, and truth.  The children obey their parents and are respectful of authority.  The story includes the moral values of forgiveness and self-sacrifice.

For the reader looking for a book to pick up on a Sunday afternoon, The League and the Lantern is a great choice.   It certainly piques the reader’s interest in learning more about Abraham Lincoln and the events surrounding his assassination at Ford’s Theatre.  The author does a great job of weaving suspense expertly through the story.  The action is a tad over-the-top: featuring professional wrestlers, gondolas, lasers, grenades, and much more, but the excellent dialogue saves the story from dragging in the somewhat ridiculous points and in the slow spots.  The characters are believable and multi-faceted enough to be interesting, but they remain disappointingly static throughout the story, with little maturation that is a prerequisite in any coming-of-age novel.

In summary, The League and the Lantern delivers an interesting story at a fast-action pace, with clever wit and surprising plot twists.  While it has the potential to be a truly impressive young adult novel, it takes too long to deliver on its promise, leaving the reader slightly frustrated and bemused.   It is, however, entirely worth the read.