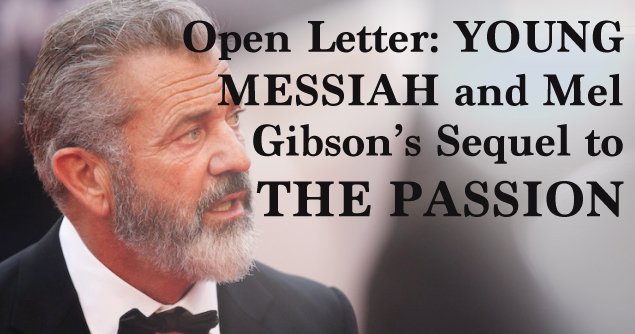 The Prequel Looks Forward To the Sequel

Like many Americans, I was delighted to hear the news that Mel Gibson is teaming up again with his “Braveheart” (my favorite film of all time) writer Randall Wallace to produce a sequel to his classic, “The Passion of the Christ.”

Making a film about Jesus is a challenging task, as we learned when making the film “The Young Messiah.” When we set out to make “The Young Messiah,” we were very cognizant to the fact that it was set as a prequel to Mel’s incredible work, and we would have to live up to this expectation the audience had. The story of Jesus is the greatest story ever told, and this was a heavy burden to bear.

Although we both used the Bible to guide us in this journey, both movies relied on extra-Biblical texts which helped fill in the blank pages that were left behind in the wake of the Savior’s incredible life journey. In the case of Mel, “The Passion” was based on The Dolorous Passion of Our Lord Jesus Christ by German nun Sister Anne Catherine Emmerich, who had vivid visions of what Christ’s crucifixion and resurrection were like. There is a lengthy precedent in Christian art history for the use of such license to loosely supplement the Biblical account.  In our case, in addition to the Scripture was Anne Rice’s novel, which were in turn based on numerous accounts of Jesus’ life.

Some have criticized such techniques. However, when Michelangelo painted a portrait of Jesus, he had to fill in the unknown aspects of Christ with his own imagination. If his heart was in the right place, there is nothing wrong with this. Similarly, movies like “The Young Messiah” and “The Passion of the Christ” use artistic license to tell stories of what Christ’s life may have been like.

Like millions of others, we too look forward to viewing the sequel to “The Passion”, which follows the 40 days after Jesus’ resurrection. Until then, we hope you will get a chance to watch our movie and ponder what Jesus might have been like before the hardest tests of his life.  “The Young Messiah” is rooted in history and guided by faith; it is timeless, and it is our hope that it will be shared and enjoyed by families now and for generations to come!

Editor’s Note:  Tracy K. Price produced “The Young Messiah” with partners Chris Columbus and 1492 Pictures, as well as CJ Entertainment. Price had worked with Writer/Director Cyrus Nowrasteh on prior projects before endeavoring to bring this project to the big screen.