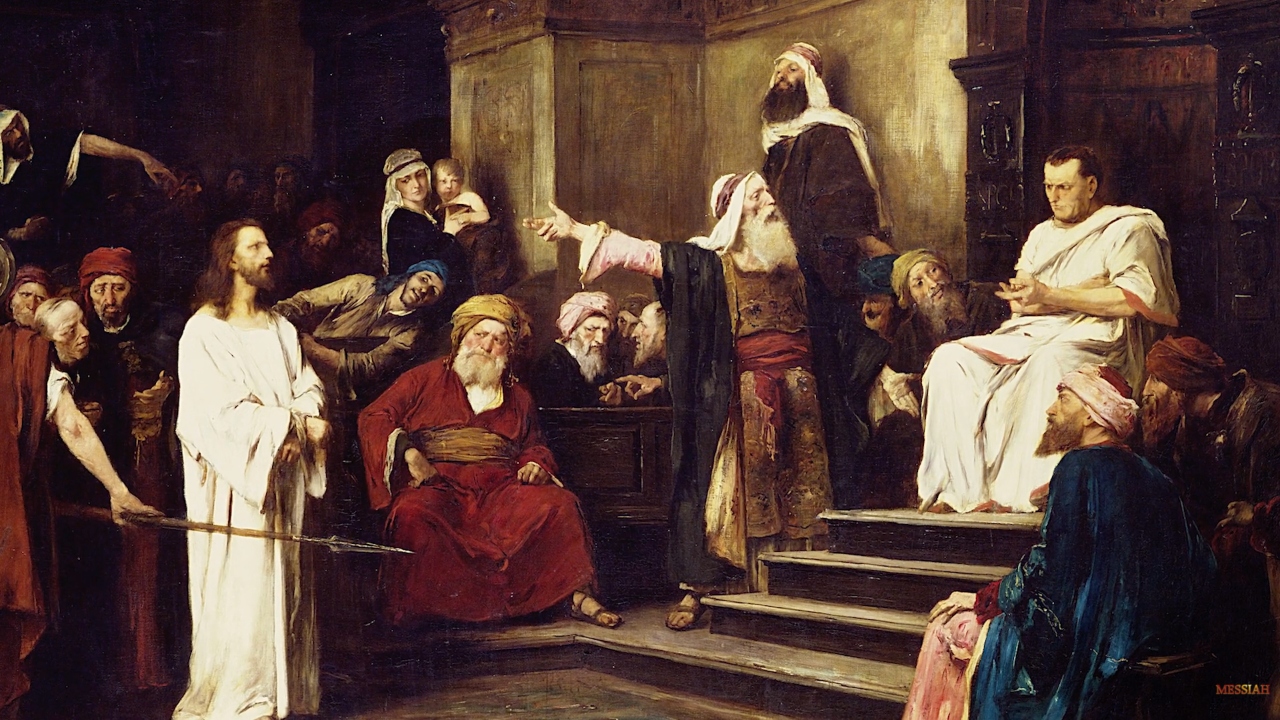 MESSIAH is an eight-part docuseries, with an hour-long stand-alone adaption. It is written and produced by Rick Rotondi, directed by John Strong, hosted by Leonardo Defillips, and features Gail Buckley Barringer, Phillip Campbell, Dr. Mary Healy, Fr. John O’Brien, SJ, and Roy Schoeman. The series summarizes various parts of the Bible to present a complete picture of Jesus as the long-awaited Messiah and His revelation of God’s plan for the world’s salvation. It’s currently being licensed by streaming outlets.

The first three episodes of MESSIAH begin by giving viewers a brief background into the Old Testament and the major events that set the stage for the coming Messiah. Viewers will follow the Israelites as they exit Egypt, journey through the desert, and build a tabernacle before establishing themselves as a nation. The series then introduces audiences to the reign of King David and his son Solomon, to whom God promised that the Messiah would come. But after their reign, Israel and its leaders defy and forget God. Israel is divided, conquered, and eventually becomes scattered among the nations. Yet God’s promise is not forgotten.

The next two episodes of the MESSIAH focus on the trial, crucifixion, resurrection, and ascension of Jesus Christ. These episodes focus not only on Jesus’s story but specifically on how the Bible demonstrates that Jesus is the promised Messiah. It does so by incorporating Scripture and analyzing the text, details, and the overall message in its original context. These two episodes are also offered in a standalone one-hour adaption of MESSIAH.

The remaining three episodes of MESSIAH focus on life after Jesus’ ascension. Beginning with the Pentecost, the gift of the Holy Spirit, and the call to make disciples of all nations the series begins to discuss the development of the early church, the role of Jesus’ followers, and the impact of Jesus on the world. The series then focuses on the apostle Paul and his role in the faith, before concluding with the end of persecution, the fall of the Roman Empire, and the ultimate victory brought by the Messiah.

MESSIAH reflects a strong Biblical Christian worldview. The whole series revolves around Jesus and is dedicated to educating individuals on how the Bible points to Jesus as the Messiah and savior of the world. The docuseries does this in a respectful manner, honoring God, the Bible, and the Christian religion. There are elements of various other worldviews embedded within the Biblical stories (i.e. Egypt worshipped false gods and David and Solomon engaged in earthly pleasures), however, these worldviews are purely shown within the Biblical stories and are indicated as being false, both within Scripture itself and within the docuseries as a whole. These incidents are used to show individuals’ failings, humanity’s need for a savior, and God’s plan for His people.

MESSIAH is a clean production, lacking any violence, sexual content, profanity, or obscenity. The only thing worthy of noting is that the series does feature Biblical artwork from various eras, some of which do feature scantily dressed or partially nude individuals, although these particular paintings are very few and by no means obscene in nature. Also, things such as polygamy, crucifixion, slavery, war, and exile are all discussed throughout the series, however, they are discussed respectfully within their Biblical context.

MESSIAH is an altogether well-produced, well-filmed, and informative docuseries. While MESSIAH is packed full of wonderful information, it may be a bit hard to follow for someone unfamiliar with Christianity and its intricacies, younger audiences, or those who lack interest. It is filmed in a very simplistic manner with historic artwork creating the backdrop for most of the narrative. While this artistic decision fits well with the simplicity and elegance of the piece, it does seem rather slow at times, especially to someone who is visually stimulated. Overall, the series is wonderfully done and provides a solid outline of the history and significance of Jesus the Messiah.