Mike Richards Steps Down as Host of JEOPARDY!, Apologizes for Past Comments 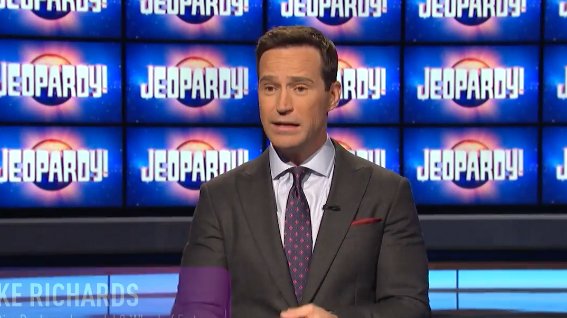 Mike Richards Steps Down as Host of JEOPARDY!, Apologizes for Past Comments

Mike Richards’ time as the new permanent host of JEOPARDY! became short-lived after the executive producer announced his resignation due to past comments.

“Dear Team – It pains me that these past incidents and comments have cast such a shadow on Jeopardy! as we look to start a new chapter,” Sony quoted Richards as saying in a statement. “As I mentioned last week, I was deeply honored to be asked to host the syndicated show and was thrilled by the opportunity to expand my role.”

“However, over the last several days it has become clear that moving forward as host would be too much of a distraction for our fans and not the right move for the show. As such, I will be stepping down as host effective immediately. As a result, we will be canceling production today,” he continued. “SPT will now resume the search for a permanent syndicated host.”

In the meantime, JEOPARDY! will return to the guest host format that the show established previously.

“I want to apologize to each of you for the unwanted negative attention that has come to Jeopardy! over the last few weeks and for the confusion and delays this is now causing,” Richards concluded. “I know I have a lot of work to do to regain your trust and confidence.”

The comments in question came after fans discovered derogatory speech from Richard as host of “The Randumb Show” podcast in 2013 and 2014.

“We were surprised this week to learn of Mike’s 2013/2014 podcast and the offensive language he used in the past. We have spoken with him about our concerns and our expectations moving forward,” Sony added in another statement. “Mike has been with us for the last two years and has led the Jeopardy! team through the most challenging time the show has ever experienced. It is our hope that as EP he will continue to do so with professionalism and respect.”

Richards told Fox News that the podcast was intended to be “irreverent” and provocative.

“It is humbling to confront a terribly embarrassing moment of misjudgment, thoughtlessness, and insensitivity from nearly a decade ago,” Richards told Fox News. “Looking back now, there is no excuse, of course, for the comments I made on this podcast and I am deeply sorry.”

“The podcast was intended to be a series of irreverent conversations between longtime friends who had a history of joking around. Even with the passage of time, it’s more than clear that my attempts to be funny and provocative were not acceptable, and I have removed the episodes,” the statement continued. “My responsibilities today as a father, husband, and a public personality who speaks to many people through my role on television means I have substantial and serious obligations as a role model, and I intend to live up to them.”

Mayim Bialik is still set to host an upcoming lineup of spinoffs and special events, like JEOPARDY! NATIONAL COLLEGE CHAMPIONSHIP on ABC.