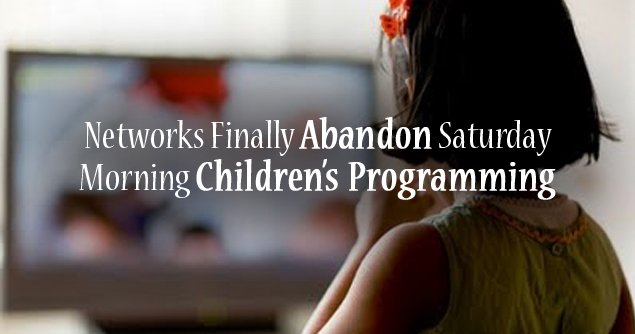 It’s been a while coming, but the five broadcast networks have finally abandoned Saturday morning children’s programming.

How did this happen?

Either way, a lot of the programming is “educational.” In other words, no more Loony Tunes or Penguins of Madagascar, but lots of programs like ABC’s SEA RESCUE and THE WILDLIFE DOCS.

“She’s probably rolling over in her grave right now,” says Claudia Moquin about her mother, the late Peggy Charren, founder of the group Action for Children’s Television, which, beginning in 1968, lobbied the government to force the networks to run fewer commercials, or even none, and at least 14 hours of educational children’s programs each as part of their programming.

Daughter Debbie Charren added, “All the work my mother did has vanished. Now it’s like the Children’s Television Act doesn’t exist anymore.”