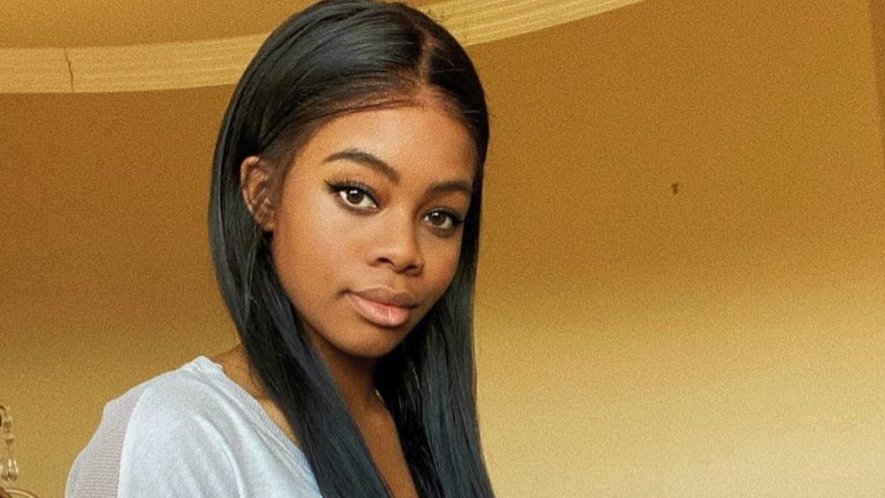 Olympic gold medal gymnast Gabby Douglas is outspoken about how faith helped her achieve her dreams in the Olympics and said she wants to encourage others with her experiences.

“I feel like I was put here to help people and I love helping people,” Douglas told Insider as she mentors young gymnasts preparing for this year’s Olympic Games. “So if I can help them mentally or physically, or even share my experiences, anything to help them, I totally do that.”

Douglas is no stranger to the spotlight, and the 25-year-old notes how important it is to stay mentally grounded as well as physically ready.

“Our brains are one of the most powerful tools on the planet, so if you really set your mind to anything, you can achieve anything,” Douglas said. “It really takes a lot of effort and energy and strength to be a gymnast.”

“It takes so much guts and courage and mindset and tenacity,” she added. “It takes everything out of you and you have to lay down a lot.”

Douglas and the Fierce Five and Final Five USA Gymnastics squads earned gold medals at both the 2012 Olympic games in London and 2016 games in Rio de Janeiro.

“It’s very hard,” Douglas said. “But I just tell them to go out there and really have fun and take that pressure off, because if you do what you do in the gym, then you’re all set. There’s nothing more you can ask for.”

“It goes by so fast,” she continued. “So enjoy and be grateful for every single thing and every single moment.”

At the age of 14, Douglas knew that to compete at the Olympic level, she would need an Olympic-level coach.

“I had one in mind: Liang Chow. I’d watched him on TV, coaching Shawn Johnson at the 2008 Beijing Olympics, where she won four medals, including gold on the beam. It wasn’t just the results. He seemed so relaxed. He and Shawn were having fun even at the biggest competition of their lives,” Douglas recalled. “Then he did a gymnastics clinic in my area and taught me an Olympic-level vault in one afternoon. I had such a great time learning from him that I told Mom I wanted him to be my coach.”

However, the decision took much prayer from Douglas and her family.

“The problem was, he was based in West Des Moines, Iowa, 1,200 miles away. ‘Have you lost your mind, Brie?’ Mom said. ‘Take a look at the map. There’s no way I’m sending you halfway across the country,'” Douglas said. “I prayed. (Okay, I sulked too.) Arielle and Joyelle pushed and prayed.”

“Changing Mom’s mind was going to be harder than Daniel praying his way out of that lions’ den. But if he could do it, so could I,” Douglas said. “What Mom realized was how homesick I would be. Still, she let me go. The day she left me in Des Moines, in the fall of 2010, we hugged hard. I held her tight. She stepped back and cupped my face in her palms. ‘I love you, baby girl,’ she said. ‘Remember, God is with you all the time. And you can Skype me or text me whenever you want.'”

Even with a fantastic coach, Douglas’ journey to the Olympics was not easy. However, the young gymnast relied on her knowledge of the Bible and her faith in God.

“One time I prayed and prayed for guidance. But I didn’t hear a word from God. Not a peep!” Douglas said. “Then on Sunday the preacher at the Partons’ church read a verse from Jeremiah that’s become one of my favorites. I felt like he was saying it just for me, just as Mom would: ‘For I know the plans I have for you…’ It was like God was way ahead of me. He had it all figured out.”

Douglas’ story is told in THE GABBY DOUGLAS STORY, which won Movieguide®’s Faith and Freedom Award® for Television and was nominated for the Movieguide® Epiphany Prize®.