Gabby Douglas: ‘It Was Like God Was Way Ahead of Me, He Had it All Figured Out’ 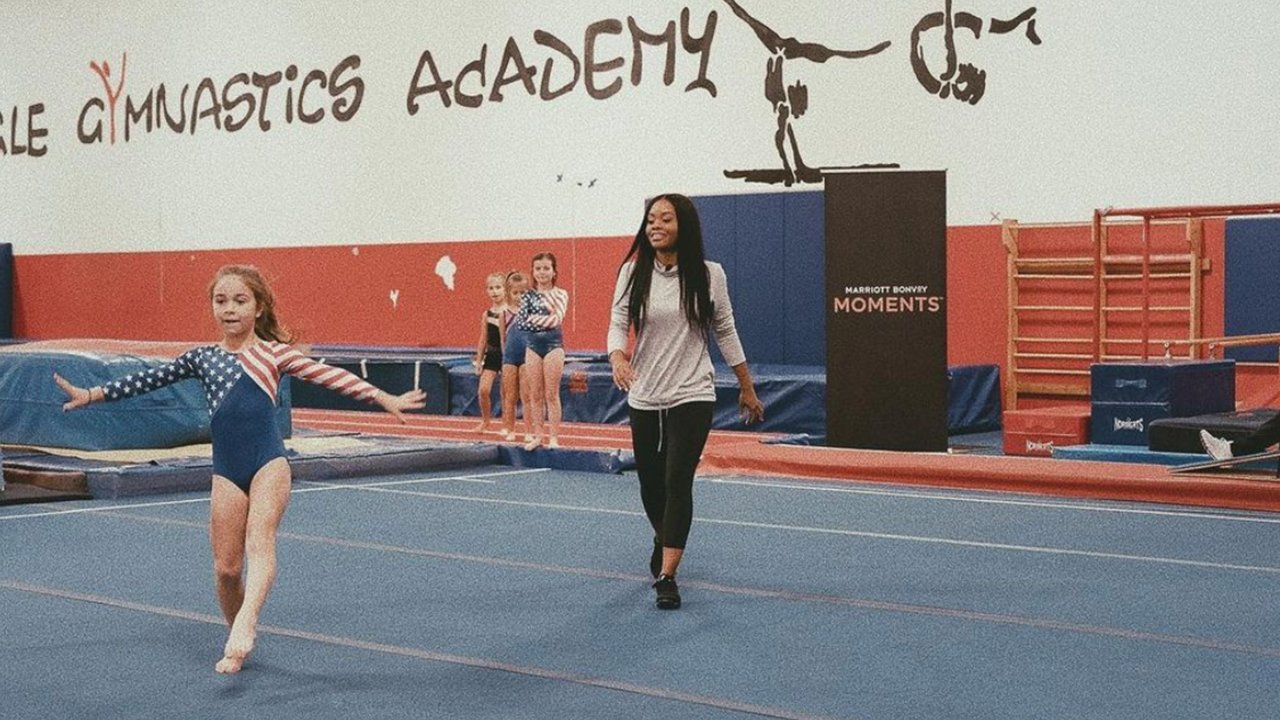 Gabby Douglas: ‘It Was Like God Was Way Ahead of Me, He Had it All Figured Out’

The three-time Olympic gold medalist gymnast Gabby Douglas is no stranger to the spotlight. Douglas competed in her first Olympics as a 16-year-old in the London 2012 Olympics and then again in Rio de Janeiro in 2016.

But what grounds the U.S. gymnast is her faith in God.

“The arena was rocking, everyone cheering, but I could hear Mom’s voice: ‘God is with you wherever you go,'” Douglas wrote in 2013. “Yes, He is, from start to finish, all the time.”

“Standing on top of the Olympic podium with the gold medal around my neck and my hand on my heart, hearing ‘The Star-Spangled Banner,’ I felt overwhelmed with gratitude. To my teammates and my coach. To my family, especially my mom and my sisters and brother, who made so many sacrifices for me,” Douglas recalled. “And most of all, to God. Right from the start my life has been shaped by His Word. And usually that Word came through Mom, a serious student of the Bible. Let me show you.”

Douglas said that her mother recited scripture to her as a baby and throughout her childhood. One verse Douglas distinctly remembers is Isaiah 53:5, which reads, “But He was wounded for our transgressions, He was bruised for our iniquities; the chastisement for our peace was upon Him, and by his stripes we are healed.”

“Kind of a mouthful to say over a tiny baby, but this is the verse Mom claimed for me when she was worried I wasn’t going to make it,” Douglas said. “I had a pretty rocky start. Maybe that’s what made me such a toughie.

“Even though Mom fed me constantly, I couldn’t keep anything down and kept losing weight. She couldn’t figure out what was wrong,” Douglas added.

“‘We didn’t have health insurance. Or money to take you to the doctor,’ Mom told me later. ‘Baby, all I could do was lean on my faith.’

“She sat on the floor of our van, held me in her arms and prayed those words from Isaiah over and over. She asked God to heal me, and He came through. By the time my parents could afford a doctor, the disease had gone away. I was still on the small side but I was as healthy as could be.”

Douglas said that her love of gymnastics came early on and that her family sacrificed to help her achieve her dreams.

“Not until I was 6 years old did she finally take me to a real gym and sign me up. All that equipment! Beams, bars, trampolines, mats. All that space! It was way better than jumping off the couch or hanging from the door,” Douglas recalled. “Soon I was spending 6 hours a week, then 15 or 20, in the gym—taking classes, learning new tricks, training for competitions. I loved it. I felt like I was home. I even did my tricks at school for the other kids’ lunch money. (Mom put a stop to that).”

But as Douglas began to win more gymnastics competitions, she found that her faith was challenged.

“Sometimes the biggest obstacle was me. My attitude and what was going on in my head. If I got grumpy Mom would turn to her big brown-leather Bible and pick out a verse. ‘All that negative thinking isn’t going to do a thing for you,’ she said, and quoted Proverbs: ‘As a man thinketh…’ As a teenage girl too!” Douglas explained.

At the age of 14, Douglas knew that to compete at the Olympic level, she would need an Olympic-level coach.

“I had one in mind: Liang Chow. I’d watched him on TV, coaching Shawn Johnson at the 2008 Beijing Olympics, where she won four medals, including gold on the beam. It wasn’t just the results. He seemed so relaxed. He and Shawn were having fun even at the biggest competition of their lives,” Douglas recalled. “Then he did a gymnastics clinic in my area and taught me an Olympic-level vault in one afternoon. I had such a great time learning from him that I told Mom I wanted him to be my coach.”

However, the decision took much prayer from Douglas and her family.

“The problem was, he was based in West Des Moines, Iowa, 1,200 miles away. ‘Have you lost your mind, Brie?’ Mom said. ‘Take a look at the map. There’s no way I’m sending you halfway across the country,'” Douglas said. “I prayed. (Okay, I sulked too.) Arielle and Joyelle pushed and prayed.”

“Changing Mom’s mind was going to be harder than Daniel praying his way out of that lions’ den. But if he could do it, so could I,” Douglas said. “What Mom realized was how homesick I would be. Still, she let me go. The day she left me in Des Moines, in the fall of 2010, we hugged hard. I held her tight. She stepped back and cupped my face in her palms. ‘I love you, baby girl,’ she said. ‘Remember, God is with you all the time. And you can Skype me or text me whenever you want.'”

Even with a fantastic coach, Douglas’ journey to the Olympics was not easy. However, the young gymnast relied on her knowledge of the Bible and her faith in God.

“One time I prayed and prayed for guidance. But I didn’t hear a word from God. Not a peep!” Douglas said. “Then on Sunday the preacher at the Partons’ church read a verse from Jeremiah that’s become one of my favorites. I felt like he was saying it just for me, just as Mom would: ‘For I know the plans I have for you…’ It was like God was way ahead of me. He had it all figured out.”