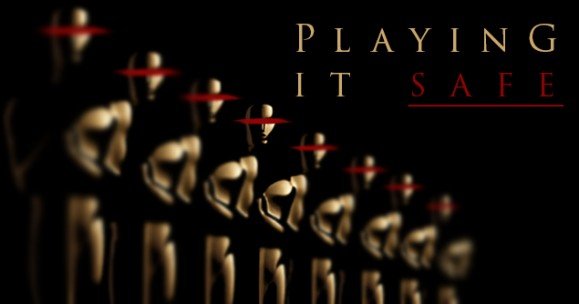 A big scandal has reared its head in the wake of last weeks Oscar ceremony:

And, at least two anonymous voters admitted they didn’t see the movie, but voted for it anyway because, given the movie’s political message and historical relevance, “they felt obligated to do so.”

Ellen’s comment is, of course, very funny, but it also reveals a very sad truth about today’s society, that years of political bullying and overt intimidation by the radical left and its crypto-commie flunkies in the media and the press has scared too many Americans into going along to get along.

After all, isn’t this also how Barack Obama became president in the first place? Not because of any demonstrated leadership, competence, or insight, but because of socialist canards, deceit, slander, hoaxes, fear-mongering, flagrant propaganda, and overt indoctrination?

Unlike the Oscars, which has always been just a politically correct popularity contest, Movieguide®’s Annual Faith & Values Awards uses objective artistic, spiritual, biblical, and moral standards in determining who should win its top awards and prizes. Also, Movieguide® analyzes each nominee and potential nominee by watching every one at least twice, and sometimes three or four times.

Admittedly, we are indeed looking at the spiritual, moral, and even political messages in the nominees and potential nominees. But, at least we watch the nominees, the whole movie, and closely analyze them in great detail, with great precision.

This year, we had a very competitive list of contenders and nominees, so it was hard to pick some over others. However, that’s why we watch them more than once or twice and why we do a detailed, comprehensive analysis to pick the top winners.

Consequently, this year more than other years, Movieguide®’s Faith & Values Awards are the standard by which all other award shows are measured.

They certainly seem far more reliable than the Oscars.

You can count on Movieguide® when it comes to deciding what entertainment you and your family probably will find acceptable or unacceptable.