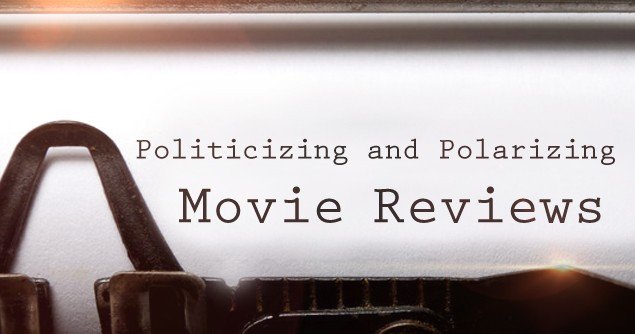 Whether consciously or unconsciously, the news media has produced increasingly politicized, polarizing movie critiques. This bias started years ago, but there was a time, as Walter Cronkite once pointed out, when journalists tried to be objective, and critics such as Pauline Kael apologized when they didn’t use common accepted standards to analyze a movie, but allowed their biases to attack the film.

Of course, it should be noted that MOVIEGUIDE® is overtly Christian. However, we use a standards based system, so even movies without our viewpoint receive a fair rating and analysis.

Roger Ebert, after many letters from youngsters, who asked why he didn’t like PRINCESS DIARIES and other young girl movies, admitted in an article that he didn’t like the genre, did not have children and would always gave them bad reviews. He continued to say he wasn’t going to change.

Today, however, it seems like the bias has turned into an attack. Major Hollywood producers often come to our offices complaining about how mean spirited the reviews are. One article pointed out that a reviewer said CINDERELLA was an entertaining movie but an anti-feminist, princess movie; and, therefore, she could not like it.

Why this matters is there are an increasing number of negative reviews of movies with Christian content. These reviews seem to be on a vicious witch-hunt, looking for anything they can use to attack the movie.

For instance, my wife, who is fourth generation Argentine, pointed out that one review attacked THE 33 for not having an Hispanic cast. This is ridiculous, because almost all the cast is from Spain or South America, but the people in Chile look more European, so the reviewer didn’t know his geography or his demography, so his attack was the height of stupidity. Did his attack hurt the movie? Yes.

The movie was one of the best of the year, but several Christians said they looked at the reviews and didn’t bother go to see it. In fact, that’s why we write MOVIEGUIDE®.

You can trust the MOVIEGUIDE® reviews. They are based on standards. While we admit we are strong Christians, we apply those standards no matter what the outcome.

Ultimately, therefore, the answer for all these political attack reviews is to read MOVIEGUIDE®.