Raider’s QB Derek Carr Leads Team to Historic 3-0 Start: ‘All I Want To Do is Glorify Him’ 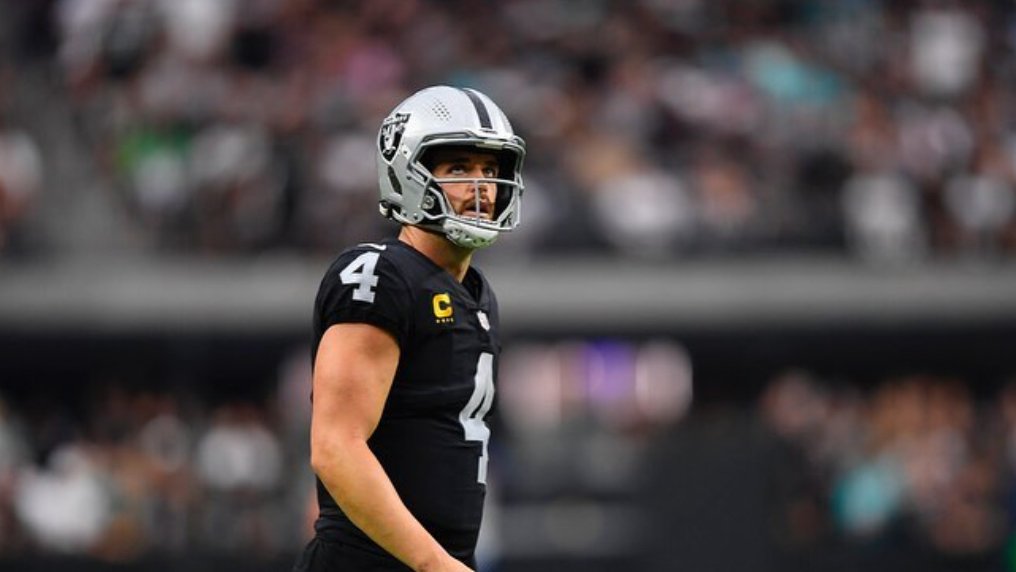 Raider’s QB Derek Carr Leads Team to Historic 3-0 Start: ‘All I Want To Do is Glorify Him’

Las Vegas Raiders QB Derek Carr leads the way as his team reached their first 3-0 start since 2002 when the then Oakland Raiders made it to the Super Bowl.

Through week 3 of the season, the Raiders have defeated the Baltimore Ravens, the Pittsburgh Steelers and the Miami Dolphins.

Despite the team’s early success, Carr said that, win or lose, he will glorify God.

“All the self-glory, that stuff is fleeting. I’ve already been through that,” Carr said in a recent post-game interview with CBS. “God took me to a place that all I want to do is glorify Him, and wherever He’s going, that’s where I want to go. So if it’s a win, awesome. If not, I’m still gonna glorify Him.”

Ahead of his seventh year in the league, Carr said that he sees his opportunity to play in the NFL as a gift from God.

RAIDERS WIN IT IN OT

For the first time in 19 years, the Raiders start their season 3-0. pic.twitter.com/Th1tqEPCF0
(via @NFL)

The Raiders drafted Carr in the second round of the 2014 NFL draft. From the outset, Carr used his platform to share his testimony.

“I remember at that moment, I felt so selfish, so arrogant, so cocky,” he said in 2014. “I got down on my knees and it was finally at that time where God kind of put His foot on my throat and said, ‘Hey, I’ve got special plans for you and you’re screwing it up’.”

The Raiders will look to continue their winning streak as they gear up to play the Los Angeles Chargers on Oct. 4.

"We still haven't played our best football. I think that's a frustrating thing and an exciting thing."

Derek Carr talks with @EvanWashburn after the @Raiders win in OT. pic.twitter.com/8utfLps2HU