The Real Tragedy in Hollywood 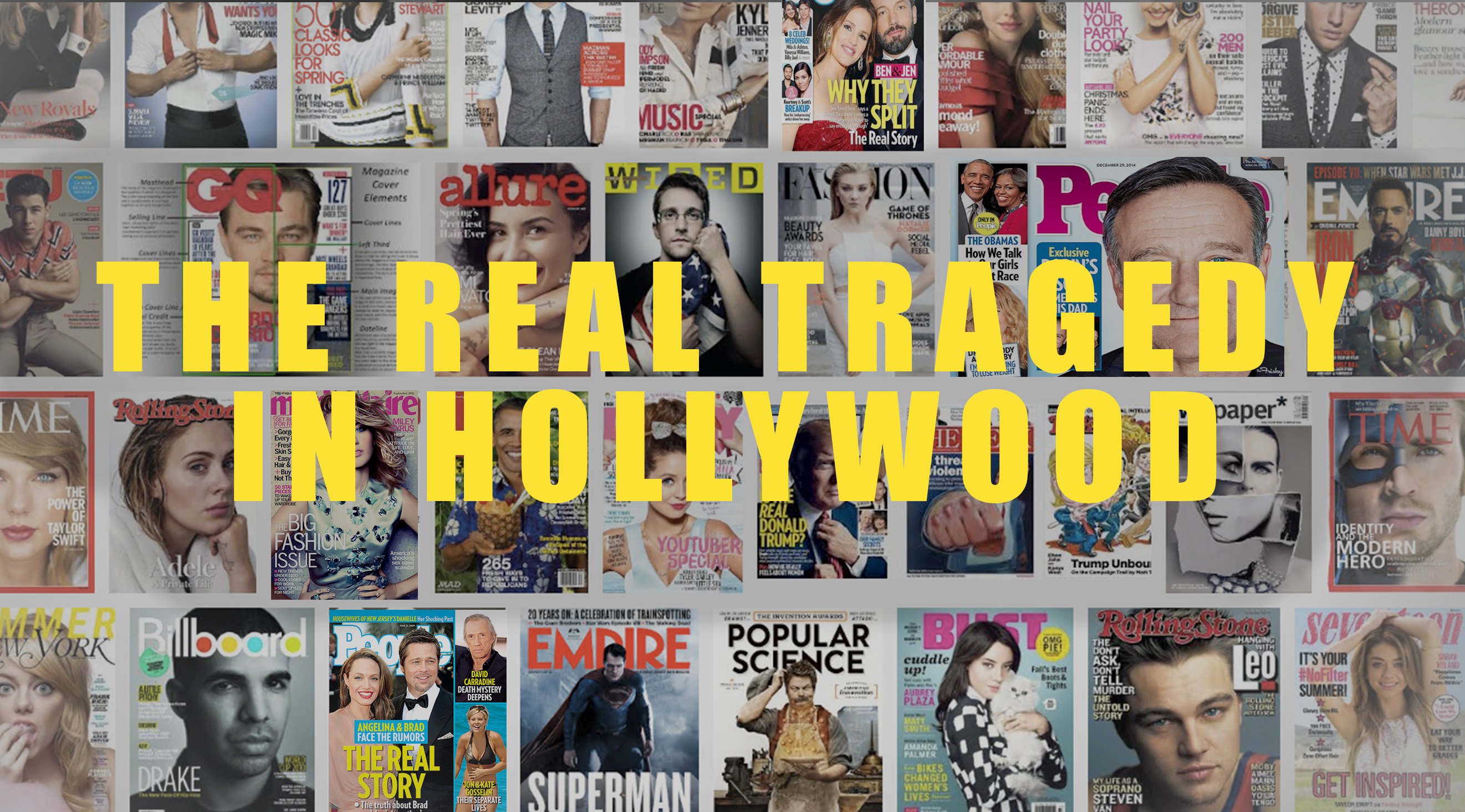 The Real Tragedy in Hollywood

Hollywood is a place familiar with tragedy, not just written into movie scripts, but in real life. The tabloids trumpet failed marriages and occasionally the loss of lives like Robin Williams. As each tragedy unfolds the question comes, “Why does God permit it?”

Many people struggle with the very idea that a loving God would permit a world full of tragedy. They figure that if God is a loving God He would make the world a less tragic place. They conclude that either God is not loving or that there is no God.

Many people are angry with God.

In some Hollywood circles, God is mocked. Movies and programs are made that present God as cruel and capricious. People who believe in God are presented as bigots promoting stupid old moral restrictions. Most television programs are made as if God simply doesn’t exist. He’s just not part of the story. He’s not needed.

The most basic truth the world should know is that life is only superficially physical. It’s like an image on a movie screen carefully crafted somewhere else. The real story is written in the spirit. Actions are based on love or hate, greed or generosity, kindness or cruelty. There is no love cell or hate molecule. A brain can be twisted and reshaped by lust, but there is no lust atom. Lust is a spirit.

Tragedies are written in the spirit by the author of hate, fear and lust. God is not that author. He’s the author of love, peace, and joy. God did not script the death of Robin Williams. His life ended playing a scene written by the author of tragedy. Life is played scene by scene. On occasion, even those who love God get lured into a scene that seems like it was written by Satan.

If you reject God’s script because He doesn’t prevent tragedy, where can you turn? The alternative to God is the producer, writer, and director of tragedy.

Who would you rather have write the script for your life, God or Satan?

God has wonderful plans for your life, but you must choose to play the part He’s written scene by scene. Every moment of every day you have the opportunity to do the will of God or the will of Satan. You can make a major life decision to serve God, but to really do so you must follow his script moment by moment. You remain free to do good or evil.

The great Hollywood tragedy is that some people in the entertainment industry see God as the villain. They play out their tragedies and encourage the world to do the same, believing God is wrong to say lust and pride are evil. They want to lead the world on a lust crusade. Anger and revenge are glorified and justified.

The result is predictable: a world full of tragedy — broken marriages, abused children, suicides, poverty, and despair. As the welfare rolls and the national debt soars, the cry from many in the entertainment industry is to further reject God. Lust of all kinds is championed as a civil right.

You can mock God on television and in the movies, but when you reject the role God’s written for you the result is not funny — it’s tragic.

God has a role for every Hollywood executive. It’s a fabulous role producing movies and programs that promote love, kindness, and faithfulness. It’s a heroic role that offers hope to a suffering world — strengthening families and promoting civility. It’s a role showing children the benefits of exemplary character. Satan has opposite plans. He wants vulgarity rampant, violence in the extreme and women seen as sex objects. He wants whites hating blacks and blacks hating whites, and feeling justified to do so. He wants terrorism and child abuse. He loves horror shows and vulgar comedies.

The contrast is clear between the Academy Awards and the Movieguide® Awards. In one, it’s fashionable to oppose biblical morality. In the other, morality is honored.

The good news is that even in Hollywood things are changing. More movies are being made with good values. While the Oscars still seem to favor Satan’s scripts, many filmmakers are waking up to their need for God and the scripts He has for them.

The great tragedy of Hollywood is that so many still celebrate immorality as if it were superior to morality — ignoring the obvious tidal waves of tragedy that result. They don’t see what’s coming.

The days of tragedy are numbered. God has promised to put an end to them. He’s promised a tragedy-free eternity to those who accept his love and grace in this life. The God of love and grace promises to return, in the flesh, as the God of justice. The great author of human tragedy will wind up in a lake of fire.

The delay is grace. God’s script calls for more people to accept his offer of grace. When all tragedy is put to an end so too will be the opportunity for grace and forgiveness. God’s desire is to reach those playing roles Satan has written and turn their eternal life around.

There’s no tragedy on earth that can compare to eternal separation from God. The eternal role for Satan’s cast and crew is far worse than the most horrible scene ever portrayed in a movie. As Jesus demonstrated on the cross, he loves even those who mocked and crucified him. He said, “Father, forgive them, for they know not what they do.”

God’s script is revival and redemption. Satan’s is an eternal tsunami of tragedy.

Whose script will you star in?