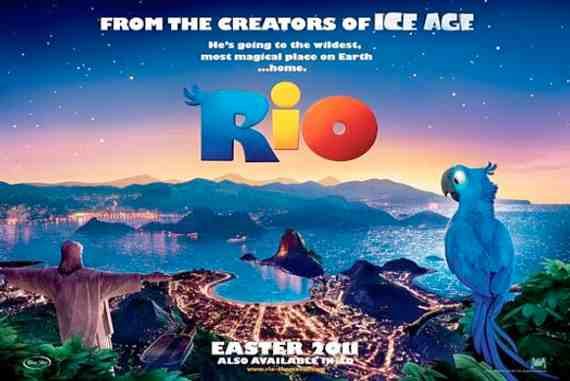 On Super Bowl Sunday this weekend, a 30-second spot for 20th Century Fox’s upcoming animated movie, RIO, will contain hidden code that unlocks details to a special level in Rovio’s hit game, Angry Birds, as well as a chance to win a trip to the movie’s premier in Rio de Janeiro.

RIO is a 3-D comedy-adventure about a domesticated, flightless Macaw named Blu who leaves his comfortable lifestyle to head to Rio de Janeiro with his owner to obtain Blu’s female counterpart, Jewel. Soon after their arrival, Blu and Jewel are kidnapped by animal smugglers. Thanks to Jewel’s street smarts and a gaggle of wise-cracking city birds, Blu escapes, but only to face his fears of flying, thwart the kidnappers, and try to make it back to his beloved owner and best friend, Linda.

Super Bowl viewers in the U.S. who watch the new commercial are encouraged to find the frame with the embedded code that will guide them to the Angry Birds level, which in turn takes participants to a RIO sweepstakes.

The RIO premier takes place March 22, the same day Fox and Rovio will launch the much anticipated “Angry Birds Rio” application. After the Super Bowl, this spot will be available across the web, including youtube.com/officialriomovie.