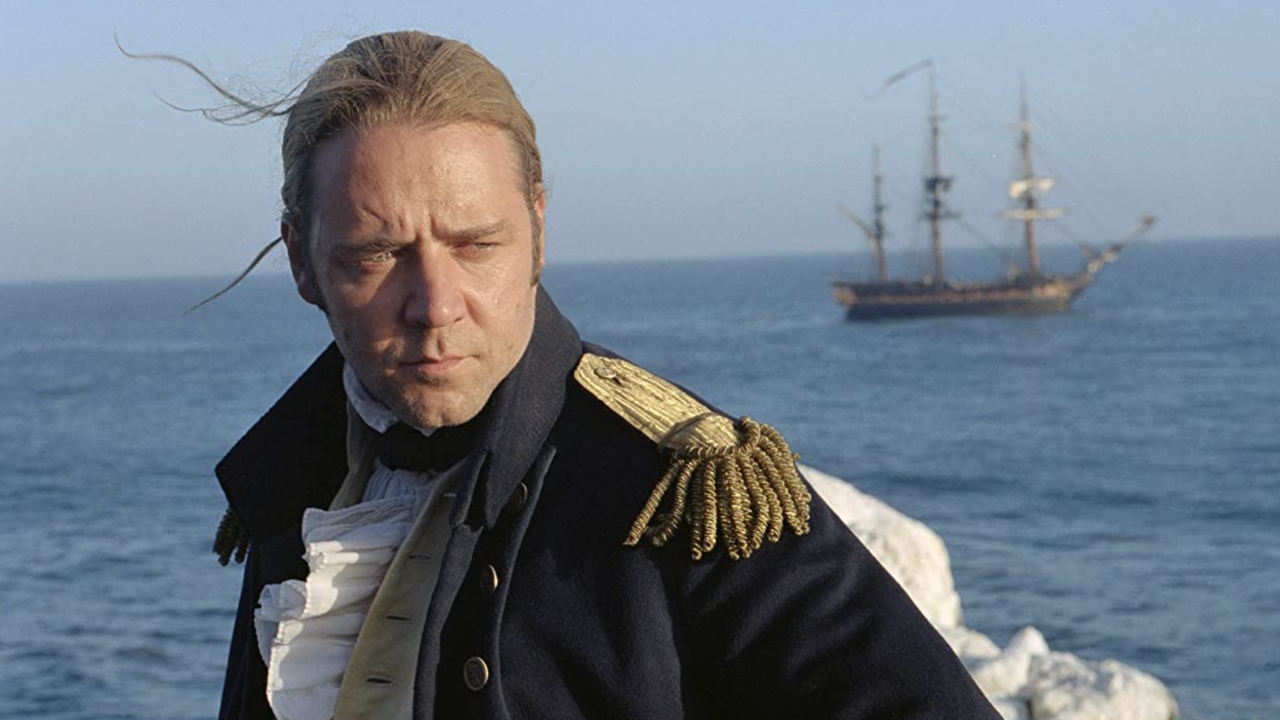 Actor Russell Crowe called out “kids these days” for complaining about his Movieguide® Award-nominated movie, MASTER AND COMMANDER: THE FAR SIDE OF THE WORLD.

Crowe, who was nominated for the Grace® Prize for Movies for his role in MAN OF STEEL, tweeted about the “brilliant” movie:

That’s the problem with kids these days.
No focus.

Peter Weirs film is brilliant. An exacting, detail oriented, epic tale of fidelity to Empire & service, regardless of the cost.
Incredible cinematography by Russell Boyd & a majestic soundtrack.
Definitely an adults movie. https://t.co/22yjNtQRbg

Crowe’s rebuke about “no focus” echoes Movieguide®’s commitment to empower parents to teach their children about media discernment.

According to Movieguide® Publisher Dr. Ted Beahr’s “The Screen-Wise Family”:

Our families, and especially our youth, are being corrupted and destroyed by the messages being sold in the mass media of entertainment. Even our churches have been unable to give their members, especially their youths, sufficient help in avoiding the negative impact of our entertainment culture….

· WERE NOT taught discernment themselves;

· DO NOT grasp the full magnitude of a solid Christian worldview themselves;

· DO NOT watch the movies, hear the music, go to the websites, or play the games that engage their children;

· DO NOT understand the cognitive, psychological and spiritual impact of the mass media on their children;

· DO NOT understand how the mass media of entertainment influences their children differently at various different stages of cognitive development;

· DO NOT comprehend the principles behind teaching discernment and media awareness other than discussing (or complaining about) a form of media or locking media devices in a closet, and then playing board games or going for walks.

Had the original Twitter user been taught proper media discernment, he would have been able to see that MASTER AND COMMANDER displays Director Peter Weir as “a master craftsman at creating atmosphere.”

Furthermore, Crowe’s MASTER AND COMMANDER presents an excellent opportunity for families with teenagers to engage in meaningful media discussions about the movie.

On the positive side, the movie has a very strong moral worldview, which is supplemented by some very strong Christian elements, including important positive references to Jesus Christ, God, and the Lord’s Prayer. These Christian elements come a little late in the movie to make it a Christian worldview, but they will help the movie reach out to the massive Christian audience and other moviegoers who admire Jesus Christ and some of his teachings. The movie is not preachy about these things, however. The emphasis is on action and personal relationships.Some minor negative elements take the edge off the movie’s positive qualities.

MASTER AND COMMANDER was selected as one of 2003’s Best Movies for Mature Audiences at the 12th Annual Movieguide® Awards Gala and Report to the Entertainment Industry.