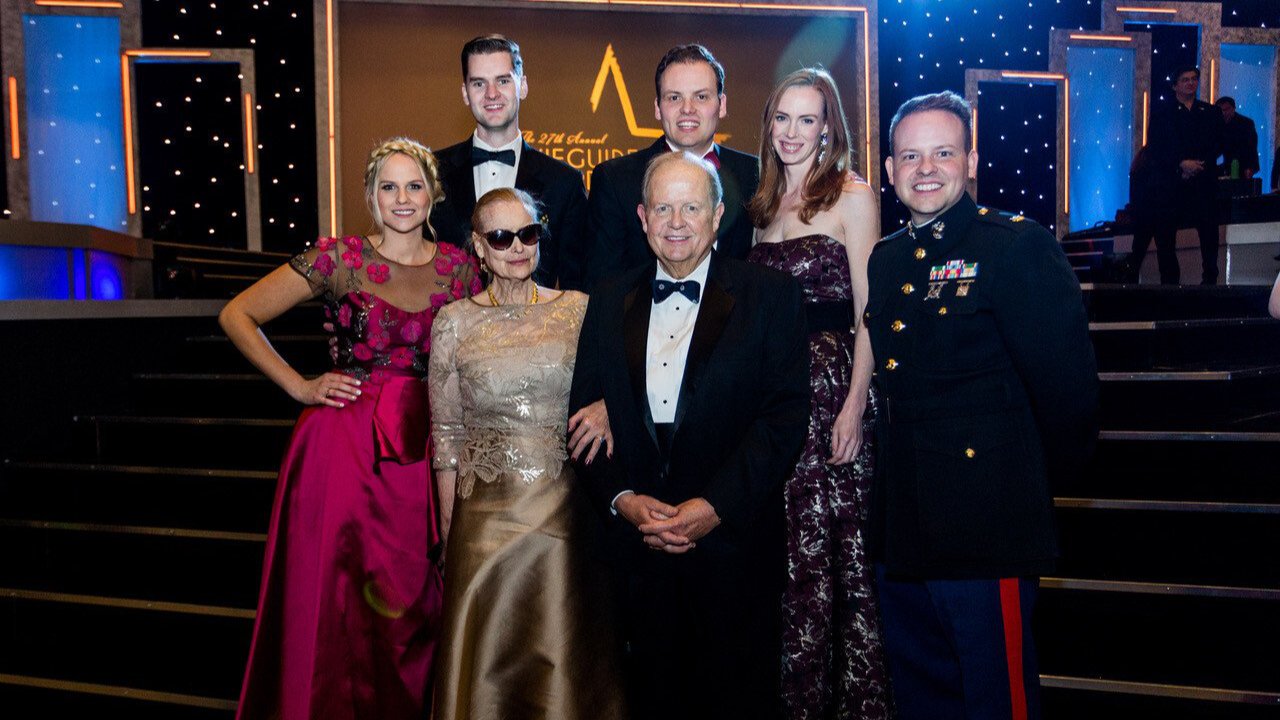 When we started MOVIEGUIDE® in 1985, the major studios in Hollywood released few movies with any positive Christian content or values at all – less than 1% and often only one or two!  By the time we started the Annual MOVIEGUIDE® Faith & Values Awards Gala and Report to the Entertainment Industry in 1992 and 1993, however, there were 27 such movies, or about 10.38% of the market share.

Incredibly, 28 years later, in 2019, at least 169, or 63.77%, of the major movies released theatrically by the movie industry contained at least some positive Christian, redemptive content.  That’s a numerical increase of 526% and a percentage increase of 514%!

Also, when we started in 1985, less than 6% of the major movies were aimed at families.  In the past 10 years, movies marketed to families have increased to nearly 40% of the top movies released in your local movie theaters.

Finally, since we started in 1985, there were only about one or two movies being released theatrically with strong, explicit Christian, redemptive content or values, but last year there were 75 such movies!  That’s at least a 3,650% increase over 35 years, and a 59.57% increase since 2012, when there were only 47 such movies.  Also, since 1996, when we began a box office analysis of movies with strong Christian, redemptive content, the number of movies with such content has increased from only 16 to 75 or more, a growth of 369% in less than 25 years. Finally, movies with strong Christian and redemptive content have gone from making less than $0.209 billion in 1966 to making more than $5.398 billion in 2019!

Here are some other developments that have encouraged us in our ministry:

The above box office numbers only calculate the cost and cost effectiveness for what is called the domestic theatrical box office in the United States and Canada.  They don’t include overseas box office figures or home video sales figures.

The former chairman of the top Hollywood studio has told me he attributed all these positive shifts in the movie industry directly to MOVIEGUIDE®’s influence as well as the Christian Film & Television Commission®’s box office analysis in its Annual Report to the Entertainment Industry.

Other industry leaders have said similar things.  In fact, many major movie studios now have a Christian, faith-based film division, and several studios are doing major movies with strong and overt Christian or biblical content.  Also, now, all the major studios, and most of the major independent studios (not just Disney), are doing movies for young children and families.

This doesn’t mean, of course, that the studios aren’t doing bad or horrible movies any more.  However, it does mean there are fewer and fewer bad movies, and an increasing number of good ones.  It’s our prayer that the movie industry will make more and more commendable movies, and remove all offensive elements from them.

Clearly, however, the work of MOVIEGUIDE® and the Christian Film & Television Commission® ministry, especially our Annual Faith & Values Awards Gala and Report to Hollywood, has helped significantly to redeem the values of the entertainment industry!  We have shown Hollywood that family-friendly movies with little or no foul language, no explicit content and strong Christian, biblical content and values have a huge potential audience and are extremely popular, especially when made well using the artistic and entertainment standards that we have developed and teach in our filmmaking classes, workshops and written/video materials.

Please help us maintain this magnificent momentum by giving us your prayers and full support, including your generous donations.