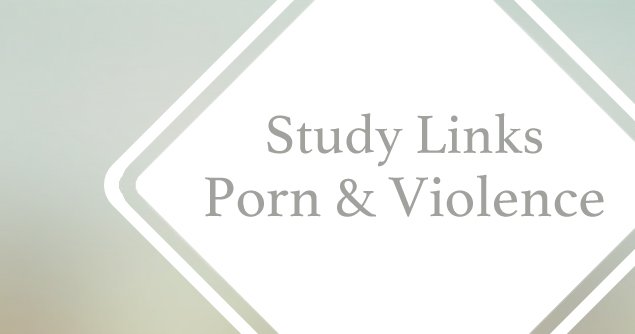 A meta-analysis study reported in the December 2015 Journal of Communication looked at 22 studies on the impact of pornography on aggressive behavior. It reported:

“22 studies from 7 different countries were analyzed. Consumption was associated with sexual aggression in the United States and internationally, among males and females, and in cross-sectional and longitudinal studies. Associations were stronger for verbal than physical sexual aggression, although both were significant. The general pattern of results suggested that violent content may be an exacerbating factor.”

The trend toward violent content in pornography is increasing as evidenced by the box office success of 50 SHADES OF GREY and even the sexually graphic DEADPOOL.

As the study concludes violent pornograhy is the most prone to lead to aggressive behavior.