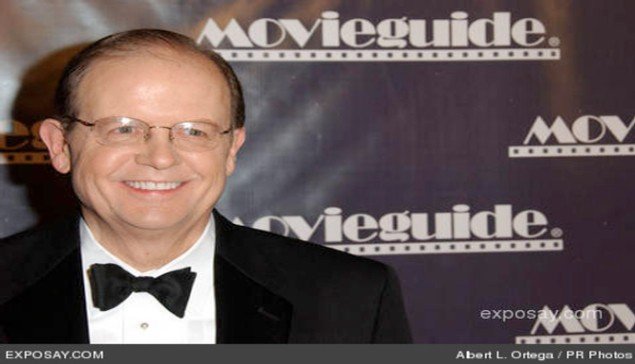 Ted Baehr at the Movieguide(R) Awards

Each year during the first two months of winter, Hollywood’s top producers, directors, and screenwriters vie for a statue of a golden man, but a lesser known awards show is handing out prizes far more valuable than gold statues, and Hollywood executives are taking notice.

The Movieguide® Faith & Values and Report to the Entertainment Industry, featuring the Crystal Teddy Bear Awards, is now in its 22nd year this coming February 7, 2014 at the Universal City Hilton. It will give away $350,000 in cash prizes to movies and television programs that promote family-friendly values and spiritually uplifting, inspiring themes.

This awards show is more likely to showcase a group of singing nuns (The L.A. based Carmelite Nuns sung last year at the show to a standing ovation) than feature a raunchy comedian host who happens to be en vogue at the moment.

Unlike the Oscars, winners at this family-friendly awards show walk away with cash.

The biggest prizes, the two $100,000 Epiphany Prizes, are awarded to the movie and television show with the most spiritually uplifting theme that brings man closer to a better understanding or love of God.

New last year and returning again for this year’s Movieguide Awards is the Friess Free Enterprise Prize, a $50,000 prize awarded to the movie that promotes pro-capitalist, free market ideals.

For those in the movie industry still working as waiters and waitresses on their quest to Hollywood fame and fortune is the Kairos Prizes for Spiritually Uplifting Screenplays by First-Time and Beginning Screenwriters. This $50,000 award is split between the top three winners selected by a panel of expert judges.

Not only are the Movieguide® Awards handing out cash prizes larger than the Academy, the majority of their winners do quite well at the box office. For example, last year, six of Movieguide®’s nominees were in the Top 10 for domestic box office receipts, while none of the Oscar nominees for best picture were in the top 10, and only two were in the top 25.

The Movieguide® Awards are not just about giving out cash prizes, but according to Movieguide®’s Founder and CEO Dr. Ted Baehr, the main focus of the night is to promote family-friendly and faith-friendly values to the key industry players in Hollywood.

“He who controls the media controls the culture, and we’re here to encourage Hollywood to produce movies where good triumphs over evil, sacrifice is honored, and traditional family values are promoted,” says Dr. Baehr.

Be sure to check out our websites, www.movieguide.org and movieguideawards.com, for exciting weekly and daily details about the upcoming Awards Gala on Feb. 7 and our efforts to redeem the values of the entertainment industry and transform our culture for the benefit of our children and grandchildren.