TELEVISION GUIDE: WHO IS SIMON MILLER? 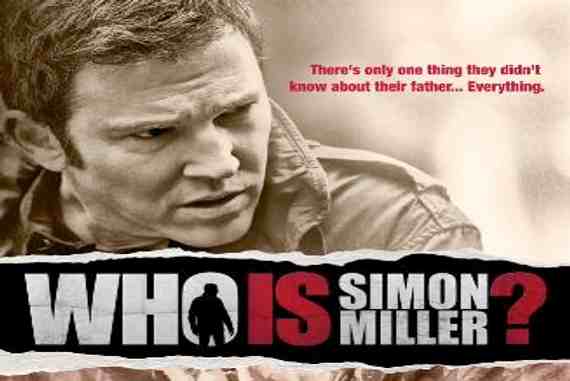 CONTENT: (BBB, PPP, H, V, M) Very strong moral, patriotic worldview encouraging honesty and love, with some humanist elements from supporting characters; no foul language; some action violence including street chase, men tackled down stairs, a few men are beaten up, man throws trashcans at another man, people held at gunpoint; no sex scenes and husband and wife kiss; no nudity; no alcohol; no drugs; and, a man lies to his family about his job, young girl is accused of cheating on a test, man is drugged and kidnapped, government agents betray their country for money.

SUMMARY: In WHO IS SIMON MILLER?, a wife and her two teenage children go searching for the father in Europe after he’s kidnapped while working in his secret spy job, which was unknown to them. WHO IS SIMON MILLER? pulls in viewers from the beginning and holds their attention throughout. Even better, it stresses honesty and the importance of families working together.

WHO IS SIMON MILLER? is a family-friendly TV spy drama. When supposed geologist Simon Miller disappears in Europe, his wife and children travel there to find him and piece together the truth. Meanwhile, Simon, who’s actually a covert American spy, tries to figure out who kidnapped him and why. He works hard to escape his captors and complete his mission helping a Czech scientist and his daughter escape to America. Even when Simon’s bosses step in to help and the Millers find Simon, things don’t go as planned. As they work together, the family discovers the importance of honesty and love.

WHO IS SIMON MILLER? is a well made movie with many fine actors who worked hard to create an enjoyable experience for everyone. The theme encourages a positive view of family and is appropriate for families to watch together. Brief action scenes might be too intense for some young children. As a whole, the movie encourages honesty and love as the basis for a strong family. WHO IS SIMON MILLER? also urges families to spend more time together, even in the midst of frenzied lives involving work and school.