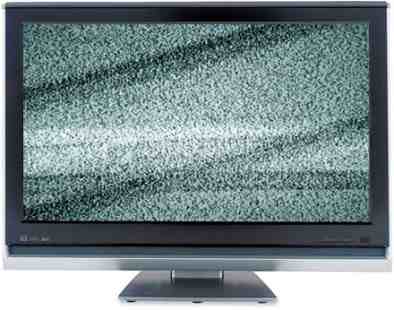 With cable alternatives on the rise in cyberspace and an ever-changing media landscape aglitter with the newest toys for the tech-savvy, Cable TV may soon be joining the American Bison on the endangered species list.

During the Golden Age of Radio in the 1930s, children, teenagers, and adults congregated nightly around technology’s chatty gadget to hear the voices of their favorite characters, from The Shadow and Superman to Amos ‘n’ Andy, crackling through a pair of Radiola 17 speakers. And during the Great Depression when 16% of the nation was unemployed, and America was on the verge of yet another world war, the radio helped inform, even unite, citizens with programs such as FDR’s Fireside Chats and the political commentaries of H. V. Kaltenborn.

Jump two decades, and the TV – referred to as a “toaster with pictures” by former FCC Chairman, Mark Fowler – usurped the radio as king of the living room. Between 1949 and 1969, the number of households with a television set grew from less than a million to 44 million. Families everywhere, regardless of their socio-economic status, were tuning in to sitcoms like I Love Lucy, westerns such as Gunsmoke, and quiz shows. In 1960, TV made its splendid entrance into presidential politics by allegedly helping JFK secure a slim victory over Nixon. (Nixon later wrote he had never seen his opponent look “so fit.”)

From its humble beginnings in Pittsburgh with its steep hills blocking broadcasting and rural towns, cable television grew rapidly, spreading throughout the country to remote areas that were too far removed from TV transmitters. For years, cable was known simply as the “community’s antenna” because it merely improved reception. In the late ‘50s, however, cable operators began to capitalize on the technology by picking up broadcast signals from hundreds of miles away, thereby allowing and providing more choices for subscribers. By 1962, 850,000 Americans were watching cable TV.

Pay television was launched in 1972. Services, such as HBO (Home Box Office) and Ted Turner’s WTBS, made stations’ signals widely available via satellites, and by the end of the decade, 16 million households were cable subscribers. From 1984 to 1992, America witnessed the largest private construction project since World War II as the nation became wired for cable. At the end of the ‘90s, 7 out of 10 households were subscribing to cable.

Just as it took years for cable TV to grow from a “community antenna” in mountain towns to the provider of 24-hour movie, sports, news, and weather channels, it’s also taken online services a while to gain speed. . . literally.

The earliest attempts to stream media on a computer were thwarted by high costs and the limited capabilities of hardware. Even when PC’s became powerful enough to display media, computer networks were still inadequate, and media was difficult, often frustrating, to obtain.

By the late ‘90s, Internet users rejoiced as they received greater bandwidth and increased access to networks. These advances, in conjunction with modern operating systems, made media streaming both practical and affordable.

Now, in 2010, a growing number of young people don’t watch TV. They stream it online. What does streaming mean, exactly? Put simply, streaming is a hipper, more concise way of saying you’re playing or listening to video or audio in real time, rather than downloading.

Leading the streaming revolution is “Hulu,” a website owned by NBC Universal, Fox Entertainment Group, and ABC, that streams high-quality video of TV and movies. For free, Internet users can simply go to the website, type in the title of a movie or show, and presto! You’ve got TV on your PC.

Since Hulu debuted in 2007, it has grown to include over 14,000 hours of original programming. According to ComScore, Hulu delivered a record 856 million views by U.S. Internet users in October 2009, and 795 million views in September 2010.

Recently, Hulu unveiled its Hulu Plus subscription service which, for ten bucks a month, will give subscribers access to a broader selection of shows – in HD, no less – that are unavailable on the ad-supported Hulu. The service would work on a myriad of portable devices, which is a must considering 56 percent of adults ages 18-34 catch up on missed episodes online, according to a new report from Nielsen.

If paid Hulu is successful, and the networks can prove they can charge consumers directly without going through the cable companies, the cable box might just be on its way up to Grandma’s attic to join the radio.

For those of us who are more traditional, perhaps old-fashioned because we enjoy watching TV and movies with our friends and families, there’s good news. Services such as Hulu Plus will keep living rooms alive by streaming to our TVs directly through a Blu-ray player or videogame console. One can only imagine what media-gushing gizmo will emerge next in the years to come.