The Unfiltered Truth: Children Search for Pornography from an Early Age 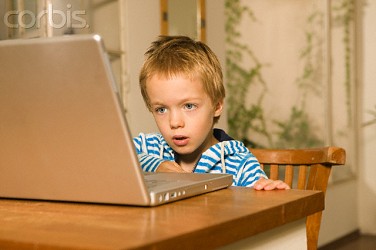 These figures came from concerned parents who had installed Symantec’s monitoring software on their children’s Internet accounts, so (we can hope) that filtering caused these searches to come up empty.

More disturbing, is how

Does it get worse than a poor self-image, unrealistic expectations, and the dangers a propensity to premarital sex brings? Additional studies have indicated that when children view pornography, it can have serious effects on brain development.

This means as parents we have to stay one step ahead. Remember; even when you think chances are they’re fine. . . it only takes once. Here are some critical steps necessary to protect your child from pornography.

Talk to your children from an early age. Don’t take a chance in their first introduction of sex being from pornography, or a childhood friend’s older sibling. Remember, if you make it shameful or hush, hush, your child will likely have more interest. One of the most exciting things about pornography is the secrecy. Let them know they can talk to you about anything.

Keep a filter or accountability program on any computer your child has access to, at all times. Keep your family computer out in the open.

Know whose house your child is playing at. Will they have access to a computer without a filter or an adult present? Who could come in contact with your child while they are away from you?

For complete results of the Symantec study, CLICK HERE.