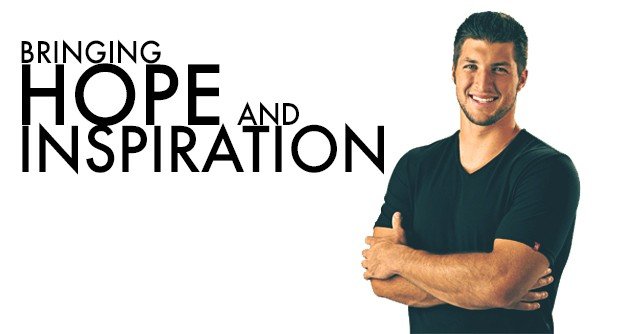 Monday morning, former NFL quarterback Tim Tebow made his second television debut, this time as a contributor on ABC’s Good Morning America. Tebow has joined the morning talk show as the host for the show’s new “Motivate Me Monday” segment, which will feature inspiring stories of young people overcoming challenges.

“I’m excited about it because it’s part of me, and it’s part of me heart,” Tim said during his introduction. “It’s something I’ve done for a long time and now to be able to do it with you and share these amazing stories about kids that have so much courage, and have overcome so many obstacles – and that’s what’s really inspiring – and it’s awesome for me to be able to share these stories.”

Tebow will be appearing on the show “most Mondays,” according to Good Morning America host Robin Roberts. This new position is in addition to his regular appearances on the SEC Network as well as working with the foundation he began in 2010.

In fact, Tebow’s “Motivate Me Monday” segment on the show is closely tied in with the Tim Tebow Foundation, which was “primarily created to show God’s love to children around the world,” according to the foundation’s website.

This Monday’s inspiring story was that of 10-year-old Deven Jackson from Pennsylvania, who had both legs amputated as a result of meningitis but hasn’t let it stop him from pursuing football. Tebow visited and interviewed Deven and narrated his story of overcoming challenges to pursue his passion. Afterward, Tebow sat down with Roberts and talked about not only Deven’s incredible story, but also the work of his foundation.

“Our goal is to bring faith, hope and love to those needing a brighter day in their darkest hour of need,” he said. “And, we do that any way possible, because we really that the most important thing is to give these kids a brighter day, put a smile on their face and ultimately try to give them a little hope when they’re going through such tough obstacles.”

Though not currently living out his dream of playing professional football, Tebow isn’t giving up, and in the meantime is doing incredible work to inspire others and share the faith, hope and love that is so important as a Christian.