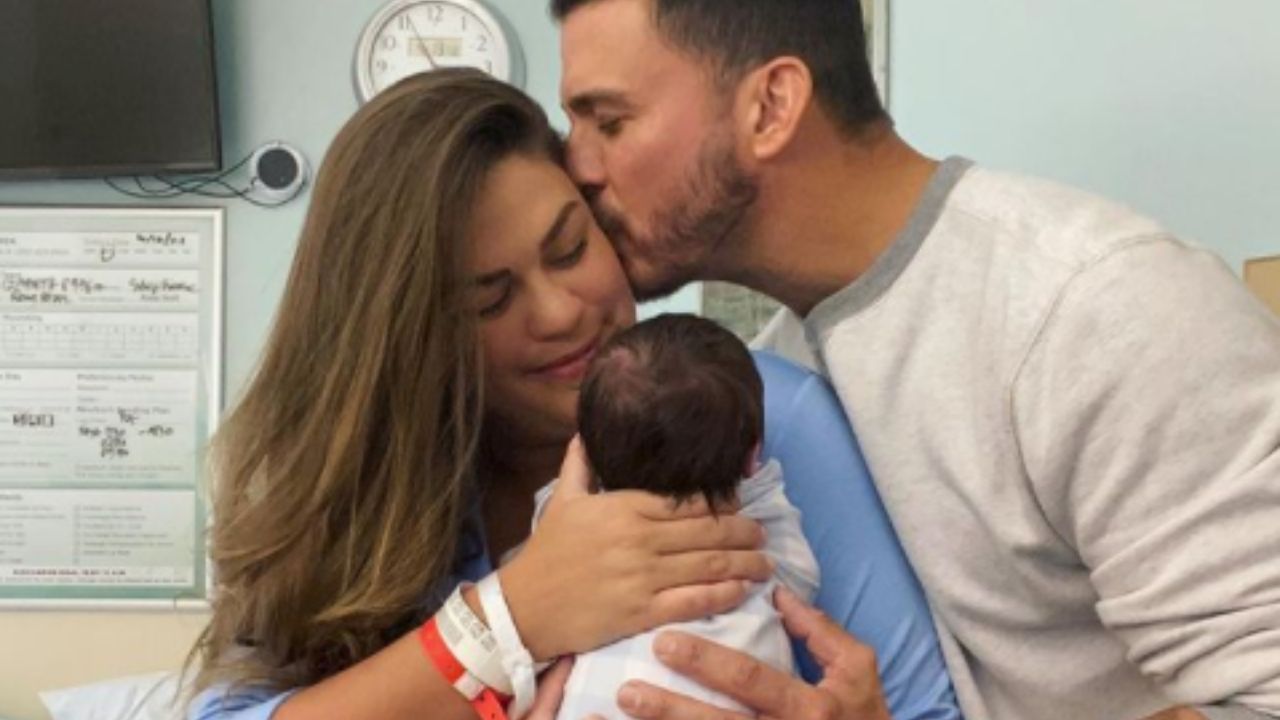 “I was probably around five months pregnant when we finally decided on Cruz. Cruz means ‘cross,’ and coming from a religious family I thought that was amazing. I also, of course, think it’s super cute and goes with Cauchi so perfectly,” Catwright tells E! News.

“A lot of people don’t realize that Cauchi is Jax’s real last name. His late father‘s last name is Cauchi so of course we wanted to continue his legacy with our son and family. Michael is Jax’s middle name and his uncle/godfather’s name. As an added plus, Michael has always been my mom’s favorite boy’s name ever so she was so excited,” Cartwright continued.

“I don’t think I have ever been as happy as I am right now, everything else in life seems so insignificant now. I am crying just writing this message. I have the most beautiful son a man could ask for, he’s an absolute blessing from God,” Taylor wrote. He ended his post with emojis of a heart and a cross.

The couple were previously staples of VANDERPUMP RULES, a popular reality show on Bravo. Cartwright and Taylor announced in December that they would not return due to focusing on their growing family.

The couple’s relationship drama was a major plot line one season during which it was discovered that Taylor had cheated on Cartwright. Cartwright later opened up that she leaned on her faith to sustain her during that time.

“I was raised to be a good Christian woman, and that is all about forgiveness, and I believe everybody deserves it,” Cartwright said at the time.

“Well I’ve been starting to go to church a lot. So when I started [dating] Brittany, she’s obviously very Christian and goes to church a lot. And I wasn’t anti-church — I grew up going to church — I just never went. I just felt like I didn’t need to go again,” Taylor said in 2018.

But something about Churchome appealed to him.

“It’s more spiritual; it is a Christian church and we go every Wednesday night. The pastor flies in from Seattle,” he said. “He’s just really good. He’s just amazing. He’s funny and I need it. It’s like my recharge for the week. I look forward to it. It’s gotten to the point where it’s like, ‘Brittany, let’s go,’ where she was the church one at first. But now I am.”

Though Cartwright and Taylor profess to be people of faith, VANDERPUMP RULES contains significant cautions and demands serious media discernment for viewers.