What To Make of Hollywood’s Jesus? 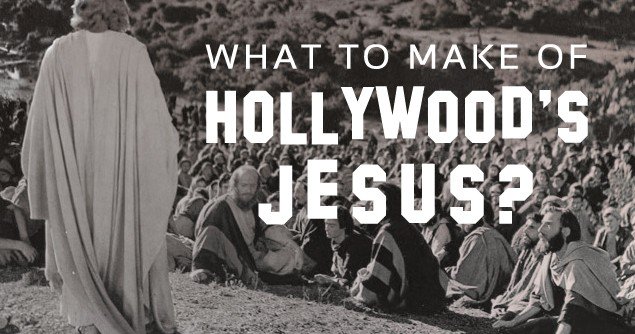 Ever since MOVIEGUIDE’s Report to the Entertainment Industry proved to the Entertainment Industry that movies with Christian faith and values do better at the box office and the “Passion of the Christ” demonstrated a seemingly limitless thirst among moviegoers for narratives about the life of Jesus and His influence on mankind, Hollywood has responded with ample offerings.  Recent Jesus themed movies such as “Risen” and in coming weeks the “Young Messiah” will be followed later in the year by the release of Mark Burnett and Roma Downey’s re-make of “Ben-Hur.”

These movies, like the “Passion of the Christ”, “Jesus”, “Son of God”, “Jesus of Nazareth”, and “King of Kings” among a host others in the past 120 years, attempt the impossible task of capturing in celluloid the historical Jesus.

They join a pack of recent Christian themed films including “War Room”, “Woodlawn”, “Courageous”, “God’s Not Dead”, “Fireproof”, “Soul Surfer”, “Blind Side”, and the Chronicles of Narnia series.  Add to that, Burnett and Downey also capture large audiences last summer on the small screen with an epic series called “The Bible”.

All told, there’s a wide spectrum of offerings for the spiritually inclined viewer, but the smorgasbord of offerings both believers and the seekers are ingesting is leaving some with theological indigestion.

So what do we make of the Hollywood Jesus?  How do we fairly evaluate these movies? Is there a real Jesus in the pack?  If so, how do we recognize Him?  In the same way reality TV is not “reality”, neither should depictions of Christ portend to capture Him.  The fact is, even those that walked with the real Jesus for three years on this earth initially held varying opinions about Him.

What then are the parameters believers can rely on to evaluate the varied depictions of the historical Jesus?  How do we give a theological ‘thumbs up’ to deserving films?

The simple answer is this:  Everything we know about Jesus, everything we need to know about His life, His teachings, His miracles, His death, burial and resurrection has been assembled in 66 books, written over 1500 years, by over 40 different authors.  It’s the Bible.  It is the final authority.  The Living Word (Jesus) is alive in the written word (logos), and he “tabernacle among us and we beheld His glory, the only begotten of the Father, full of grace and truth.”  (Jn 1)

If I never see a Jesus film in my life, I will in no way come short of having all I need to know Him and to learn of salvation. I simply need a Bible.  That is the short, easy answer, but it is not a complete answer.  For the full portrait of who Jesus was is far more alive and colorful than words on a page.  In bringing Him to life in our minds and hearts, to be able to see Him as he walked the dusty roads of Galilee, to hear the inflections of His voice, His mannerisms and the intangible qualities that drew people to Him, there must be guidelines in place if He is to rise in living color from the source of Scripture.

This is what filmmakers struggle with and what moviegoers must sort through.  When do we know we are actually watching a representation of Jesus that is truly faithful to Jesus?

I view them through a three-fold lens: Through the grid of orthodoxy, through the prism of culture and through the eye of imagination.

When viewing any film, whether it is the “Passion of the Christ” or the “Last Temptation of Christ” the first question we should ask is does it align with biblical orthodoxy?  In other words, does the message of the movie get the essential facts regarding Christ correct: was He born of a virgin, was He fully God and fully man, did he live a sinless live, did He die a vicarious death, did He rise again from the dead?   These are a few of the non-negotiables of the orthodox Christian faith.  Any depiction of Christ, or Christ’s followers that moves outside of those boundaries can be deemed inaccurate.

So then, how does one determine what is “orthodox”? Fortunately, for those seeking to know in total what the Bible teaches about Jesus can turn to some helpful documents.  A simple reading of the Nicene Creed or Apostles Creed can serve as a sort of a “Cliff Notes” on Orthodoxy.  Both are summaries written by early church fathers to help Christians grasp the essentials of who Jesus is and what He came to do.

Secondly, movies depicting the life of Jesus need to be understood through the prism of culture.  Jesus lived in a culture far different from ours today.  In His day, women were regarded more as possessions than people, much of the populace lived in servitude, Rome ruled with an iron fist and Jewish leaders had a monopoly on religious thought and expression.  It’s a culture Americans wouldn’t recognize.

From our cultural front porch it would seem we should see Jesus decrying slavery and preaching for women’s rights.  Yet, in scripture nothing of the sort comes through.  His mission transcended cultural indignities.   His message didn’t focus merely on societal ills but primarily on the poverty of the human spirit.  His method for transforming culture centered on transforming people by converting one soul at a time.

Movies that depict Jesus as a crusader for human rights have swallowed the camel.  They miss the forest for the trees.  Cultures all around the world are constantly changing and Christians must constantly adapt to live within them.  Yet, the message we bring to a culture, like Jesus, transcends them.  So, an accurate portrayal of Jesus must not overlay our modern-day sensitivities on the culture in which Jesus lived and taught.

Lastly, we have the freedom to view Jesus through the eye of imagination.  This is a wonderful thought, but it’s only wonderful if our imagination is curbed by the boundaries of Scripture.  You see, the Bible doesn’t claim to encapsulate ALL truth, it is, however, ALL true.  Within the framework of what we know absolutely about Jesus because it is IN scripture, there is room to paint within the lines.  Our imagination helps us fully apprehend the whole picture of Jesus.

I believe this is the beauty of why God chose to spread His plan of salvation through Jesus and then through the medium of the written word.  No film will ever live up to the thoughts and pictures the human mind can conjure when they are stoked on the fires of scripture.  When I read about Jesus on the road to Emmaus, I can see more clearly than any celluloid representation, the manner of Jesus walking and talking with those men and “expounding on the scriptures the things concerning himself…” I can feel their excitement without any help of a soundtrack when they say, “did not our hearts burn within us” when he talked to us on the road.

Or, take the example of Peter.  Having denied the Lord three times before the cock crowed, we are told Jesus cast his eyes in Peter’s direction, and Peter wept for shame over his behavior.  From that moment from the ensuing crucifixion until after the resurrection, Peter had no chance to express his sorrow.  Then, after having travelled some 80 miles back home to Galilee, he and the disciples go fishing.  They spot someone on shore that appears to be Jesus.  Peter then throws on his garment, jumps in the water and swims to shore.  Did he stick out his hand to Jesus and say, “nice to have you back!” or did he wrap him in a wet embrace, or did he bow at his feet in worship, or did he just stand there in utter awe and amazement?  We don’t know.  We aren’t told.  We can only imagine!

Its often said “some things are better left to the imagination.”  This is true of God’s Word.  How I fill in the blanks, how I see the loving eyes of Jesus as He speaks, how I imagine his voice would sound, all of that speaks to me personally based upon the scriptures I have read.  I would not trade it for a filmmaker’s version.  Yet, every filmmaker has the opportunity to put his imagination out there for others to see.  At times, the moviemaker’s imaginative presentation will resonate with viewers.  There are scenes in the “Passion of the Christ” that exceeded what my imagination could produce and because of it, those scenes stirred my soul.  It was effective because those scenes played within the boundaries of scripture.

Some would view those boundaries as limiting.  The opposite is true.  When a filmmaker produces a scene true to its source, it frees us to play with the intangibles.

God has not given us the scriptures in order to stifle our imagination but rather to stimulate it.

Therefore, we need not be afraid of the movies, of their frequent miscasting and misrepresentations.  The Bible is our guide.  Do your viewing through the grid of scripture and orthodoxy and be mindful of cultural disparities, but most of all, allow your eye to imagine, with the help of the Holy Spirit who leads men into all truth, and greatest star in Hollywood will appear in clear view!

Editor’s note: John Collins has been in pastoral ministry for thirty-one years and is currently the Executive Pastor for Harvest Christian Fellowship in Riverside, Ca.  He is also the Executive Director for the Harvest Crusades with Greg Laurie.

Listen to more stars talk about Jesus in the movies and RISEN, below!