"Winsome and Delightful Evangelism of the Heart" 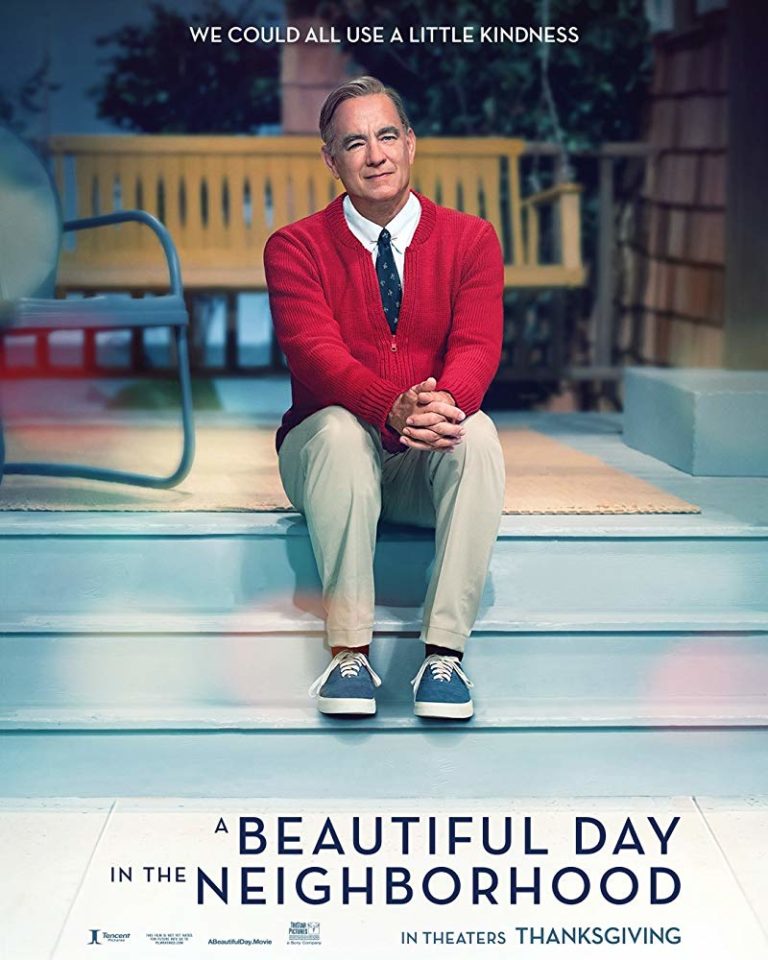 A BEAUTIFUL DAY IN THE NEIGHBORHOOD is a wonderful movie starring Tom Hanks as the famous children’s television host, Fred Rogers. After getting into a fight with his estranged father at his sister’s wedding, a cynical reporter named Lloyd is assigned to write a short puff piece on Mister Rogers. Lloyd chafes at the assignment and becomes upset when Mister Rogers starts asking personal questions of Lloyd. Also, Lloyd is skeptical that Fred Rogers is as nice, gentle and kind as he appears.

A BEAUTIFUL DAY IN THE NEIGHBORHOOD is funny and winsome as Lloyd confronts the straightforward, cheery, childlike optimism of Mister Rogers. However, it’s also a powerful, heartrending movie that tugs at the heartstrings of even the most jaded moviegoer. Eventually, Mister Rogers helps the reporter overcome his personal demons and become a better, more loving man, not only for his father’s sake, but also for the sake of his wife and son. A BEAUTIFUL DAY IN THE NEIGHBORHOOD is one of the year’s best, most moving, most inspiring movies. Some light foul language and mature content warrant light caution.

(CC, BBB, L, V, N, A, M):
Dominant Worldview and Other Worldview Content/Elements:
Strong Christian worldview with very strong moral elements exalting forgiveness, kindness, love, reconciliation, goodness, prayer, and Scripture, plus a man thanks God
Foul Language:
Four mostly light obscenities and four light exclamatory profanities
Violence:
Man has a scuffle with his estranged father at his sister’s wedding with a couple punches being thrown, photo of man with cuts on his face from the fight are shown, and a man is dying and collapses in one scene
Sex:
No sex
Nudity:
Upper male nudity when man shaves
Alcohol Use:
Light alcohol use
Smoking and/or Drug Use and Abuse:
No smoking or drugs; and,
Miscellaneous Immorality:
Father and son are estranged and get angry at one another but it’s resolved in a powerful, positive way.

Watch A BEAUTIFUL DAY IN THE NEIGHBORHOOD: