"Intense but Uneven and Excessive" 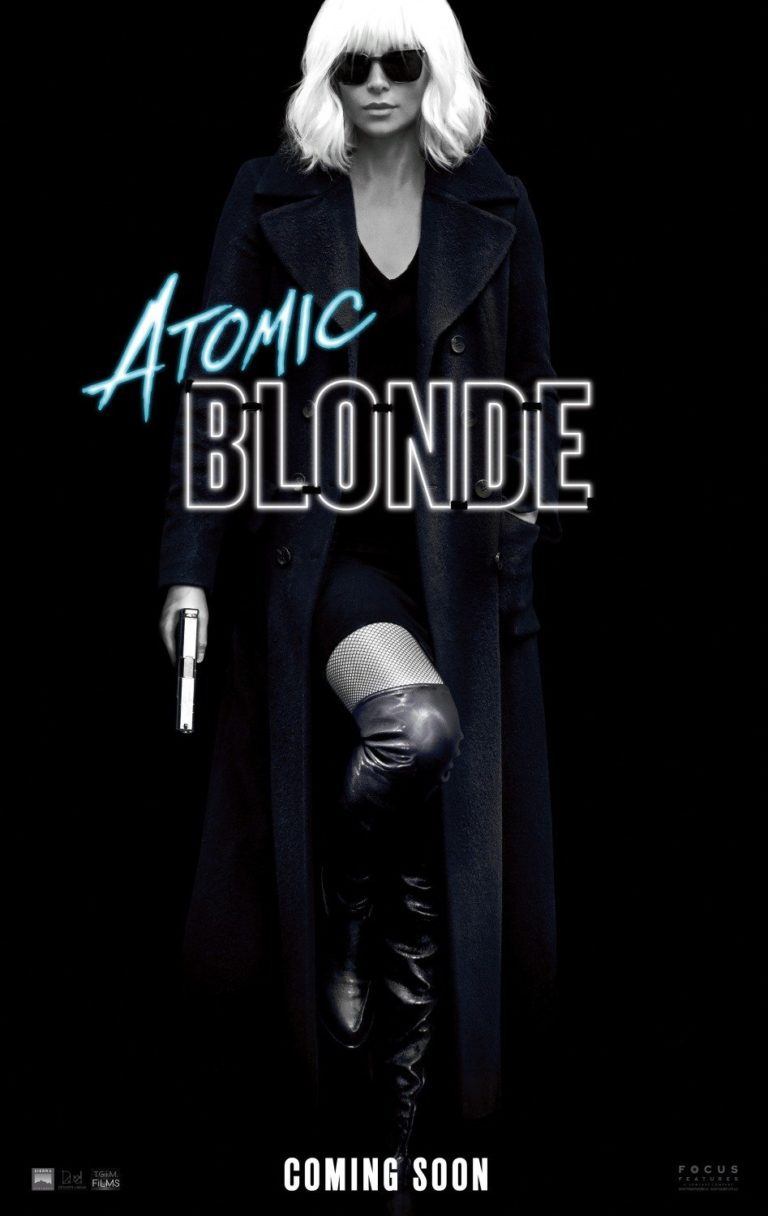 ATOMIC BLONDE is an intense spy thriller set in 1989 Berlin just before the fall of the Berlin Wall. Lorraine, a British female superspy is sent to retrieve a list of British double-agents that’s been captured by communist agents in East Berlin. She also must retrieve an East German defector who’s memorized the list. Lorraine is teamed up with David, a Berlin field agent, a hard-drinking fellow prone to philandering, which causes Lorraine to wonder whether to trust him.

ATOMIC BLONDE serves as an action showcase for Charlize Theron, as the female superspy. She uses everything from a high-heeled shoe to keys to stop her opponents, is an expert at combat, and is devastating with a gun. Despite the well-structured, exciting action sequences, the movie’s communist villains are poorly developed, and the plotline is sometimes confusing. Although the heroine is trying to protect Western double agents from being murdered by the communists, she does whatever it takes to complete her mission. She also engages in a graphic homosexual affair in one sequence. ATOMIC BLONDE also contains excessive violence and foul language.

(PaPaPa, ACAC, P, B, HoHoHo, Ab, LLL, VVV, SSS, NN, A, D, MM) Very strong mixed pagan worldview with strong anti-communist and light patriotic elements where female superspy tries to save western agents from murder by communists just before Soviet Russia communist regime’s Berlin Wall comes down, but female spy takes an anything-goes approach to her job and has a graphic homosexual affair, plus there’s a blasphemous line about the Virgin Mary meant as a joke; at least 71 obscenities and a few profanities; some very strong and lots of strong, intense action violence includes lots of gunfights, punching, kicking, stabbing with objects ranging from knives to corkscrew in the chest, pen in the forehead, keys stabbing through a cheek and holding while a fight continues, and then the villain pulls it graphically out of his face, two major car chases, with cars smashing into all sorts of property, and other vehicles before flipping over, a man is hit by a car and flies into a van, then lands and gets rammed in the knees repeatedly by the car before being thrown dead in a river, a character is choked to death during a fight, numerous gunshots spray plenty of blood (including shots to the head), two female spies are each hit hard in the face and attacked in other hand-to-hand combat, and heroine wrapping a hose around a villain’s neck, then dragging him as she runs to leap off a balcony, using his body as ballast for her safe landing as she kills him; graphic homosexual lesbian sex scene, plus man is seen waking up with two naked women next to him, implying a threesome has occurred, and heroine’s male spy partner has her meet him in a “rough trade” bar with people briefly seen wearing all sorts of sexual fetish, sadomasochistic gear and possibly “making out” amid frenetic editing; images of upper and rear female nudity in sex scenes, heroine seen fully nude from behind while standing in a mirror that shows her breasts fuzzily, and brief upper male nudity; alcohol use; smoking throughout; and, betrayal and nearly constant deception.

ATOMIC BLONDE is the story of a female British superspy who will stop at nothing to retrieve a list of British intelligence assets stolen by Communist agents in East Berlin just before the fall of the Berlin Wall. ATOMIC BLONDE is an intense spy thriller, but the villains are poorly developed, the plot is a little confusing, and (despite an anti-communist theme) the movie has a strong pagan worldview with excessive violence, excessive foul language and a graphic homosexual scene.

The movie opens in 1989 Berlin, just days before the fall of the Berlin Wall, as a British spy runs for his life. He’s in possession of a list of all the British intelligence assets working in the Communist bloc, which he received from an East German Stasi member code-named Spyglass.

Within moments, the Brit meets an untimely end, and the list is captured by his Soviet assassin. The movie jumps forward 10 days to introduce a battered and bruised British agent named Lorraine as she ices herself down in a bathtub, before she goes in for a debriefing by her MI6 supervisor and a CIA bigwig from America. MI6 is short for Military Intelligence, Section 6, the foreign spy agency of the British government.

From there, the movie jumps timeframes between their interrogations and the events she describes taking place in the 10 days since the list was lost. Her adventures begin when Lorraine is sent to Berlin to team up with David Percival, the divided city’s MI6 field officer.

Their mission is to both retrieve the list and help Spyglass defect to the West, since he also has it committed to memory. The potential problem is that David is a hard-drinking fellow prone to engaging in threesomes, causing Lorraine uncertainty about whether to trust him.

The one person with whom she lets her guard down is a French spy named Delphine, who seduces Lorraine after approaching her in a bar and offering a secret about David. As she finds herself dodging assassins at nearly every turn, Lorraine also tries to figure out the real identity of a double agent named Satchel.

ATOMIC BLONDE serves as an action showcase for Charlize Theron, who displayed action chops in 2015’s MAD MAX: FURY ROAD, but takes things to a much more impressive extreme here. She uses everything from a high-heeled shoe to a set of keys to stab her opponents, is an expert at hand-to-hand combat, and is devastating with a gun.

Some of the sequences are jaw-dropping original, including one in which she chokes an opponent with a hose, then uses him as ballast while making a running leap off a high balcony amid a hail of gunfire. The movie’s instant-classic centerpiece is a five-minute battle royale on a staircase where she wipes out a huge team of assassins with everything from fists to furniture, while taking enough damage to be rendered utterly dizzy herself.

Sadly, as impressive as the action is, a lot of it is extremely graphic and results in plenty of splattered blood. Also, the violence is taken to a punishing extreme, although it causes the viewer to maintain a sense of awe throughout at Lorraine’s abilities.

The movie’s depiction of Lorraine’s affair with Delphine is graphic and very pro-homosexual, with explicit nudity. The movie also shows James waking up with two naked women, and he asks Lorraine to meet him in an S&M leather bar in one scene. Furthermore, foul language abounds throughout, with more than 50 uses of the “f” word.

Director David Leitch co-helmed the first JOHN WICK movie with Keanu Reeves, and displays an even more impressive way with action here. The tone of BLONDE is somewhat lighter than WICK, partly due to the fact that much of its action is perfectly edited to 1980s pop songs.

Theron impressively swaggers throughout, though the audience is left largely in the dark about her character’s personal life. McAvoy builds on the oily, menacing charm he’s displayed in other thrillers, including SPLIT and TRANCE, to give David a wicked sense of fun, but the Russian villains are mostly interchangeable ciphers.

The poorly developed Russian villains and a head-spinning series of double-crosses, often makes ATOMIC BLONDE confusing to follow. Yet, like the recent BABY DRIVER, it’s the kind of movie that’s meant to be enjoyed for its visceral thrills more than its logic.

he female superspy’s attitude is anything-goes throughout. She does whatever it takes to complete her mission, although, ultimately, she’s trying to save the lives of Western agents from murder by communists. However, the violence, foul language and homosexual content in ATOMIC BLONDE is excessive and ultimately distasteful.