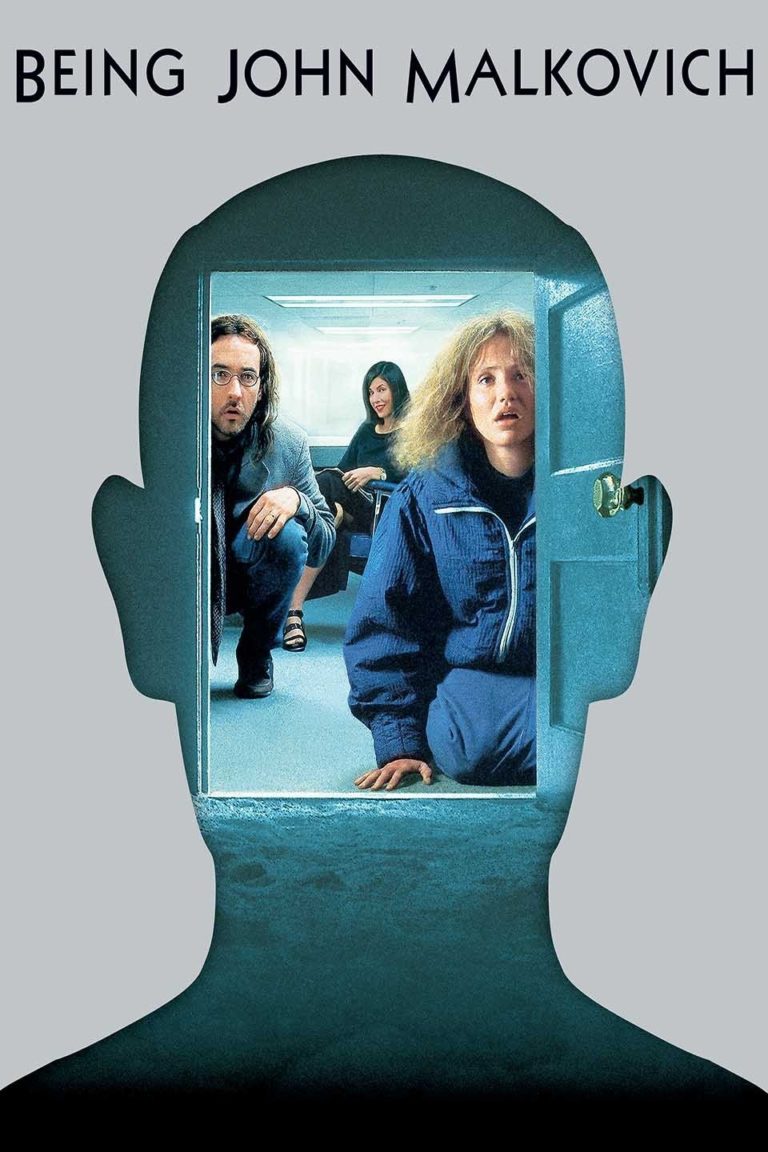 In BEING JOHN MALKOVICH, a puppeteer with a failing career and marriage finds a passageway leading into the brain of a famous actor, leading to all sorts of sexual and metaphysical complications. This movie is a demonic, perverted attack on traditional views of sexual identity and the divine integrity of human personality.

BEING JOHN MALKOVICH is a quirky movie getting a lot of critical attention because it combines a weird, metaphysical premise with a politically correct worldview that attacks traditional ideas about sexual identity and desire. For those who might be familiar with the writings of science fiction authors Robert Heinlein (THE PUPPET MASTERS and STRANGER IN A STRANGE LAND) and Philip K. Dick (DO ANDROIDS DREAM OF ELECTRIC SHEEP, a.k.a. BLADERUNNER), the movie is like a combination of Heinlein and Dick on acid. As such, its parts are greater than the whole, which makes for a less-than-successful outing at the movies.

In the movie, John Cusack plays a puppeteer in New York City named Craig Schwartz. Craig is suffering depression because his career and marriage are both going downhill. His wife, Lotte, played by an uglified Cameron Diaz, suggests he might feel better if he got a job, so he takes a filing clerk position at LesterCorp. The company is located on the 7-1/2 floor, where the ceiling is very low, so all the workers have to stoop or kneel. At his orientation, Craig becomes smitten with a dark-haired woman named Maxine, but she spurns his advances toward her.

One day, Craig discovers a mysterious passageway behind a filing cabinet. He crawls into the passage, and is immediately sucked into the brain of another human being miles away. Craig sees and feels everything the person is seeing and feeling. Not only that, but the person turns out to be actor John Malkovich (DANGEROUS LIAISONS and EMPIRE OF THE SUN)! Fifteen minutes later, the porthole into John Malkovich’s brain dumps Craig out by the side of the New Jersey Turnpike!

This bizarre story takes more strange twists and turns when Craig involves both Maxine and his wife Lotte. Craig and Lotte get addicted to “Being John Malkovich.” In fact, Lotte especially enjoys being in Malkovich when the conniving Maxine manages to seduce and fornicate with him. Like Craig, Lotte falls desperately in love with Maxine. Hardbitten, perverted Maxine, on the other hand, expresses distaste for Craig and says she’s only interested in Lotte when Lotte’s inside Malkovich’s brain.

Craig decides to take control of this weird situation. His drastic actions result in more strange, surprising plot twists and revelations. The movie also reveals what happens if John Malkovich himself enters the dark, wet tunnel leading to his brain.

BEING JOHN MALKOVICH briefly asks metaphysical questions about the meaning of personality and identity, but its perverted storyline soon takes a politically correct direction. It approaches gender differences between men and women in a way that smacks of the current totalitarian ideology of the homosexual Marxist feminists. In the movie, for example, a woman inhabits the brain of a man so she can vicariously make love to another woman, and a man must inhabit the brain of a little girl so he can be near the woman he no longer can have. Eventually, lesbianism, transsexual feelings and behaviors, and possessing the soul of another person so you can live forever are extolled as a virtue.

This uneven movie is thus a demonic attack on traditional views of sexual identity and the divine integrity of human personality. In reality, no person or demon can take over your mind or soul unless you yourself give the person or demon permission. And, transsexual feelings are the resulted of a perverted, irrational worldview.