DON’T BE A MENACE 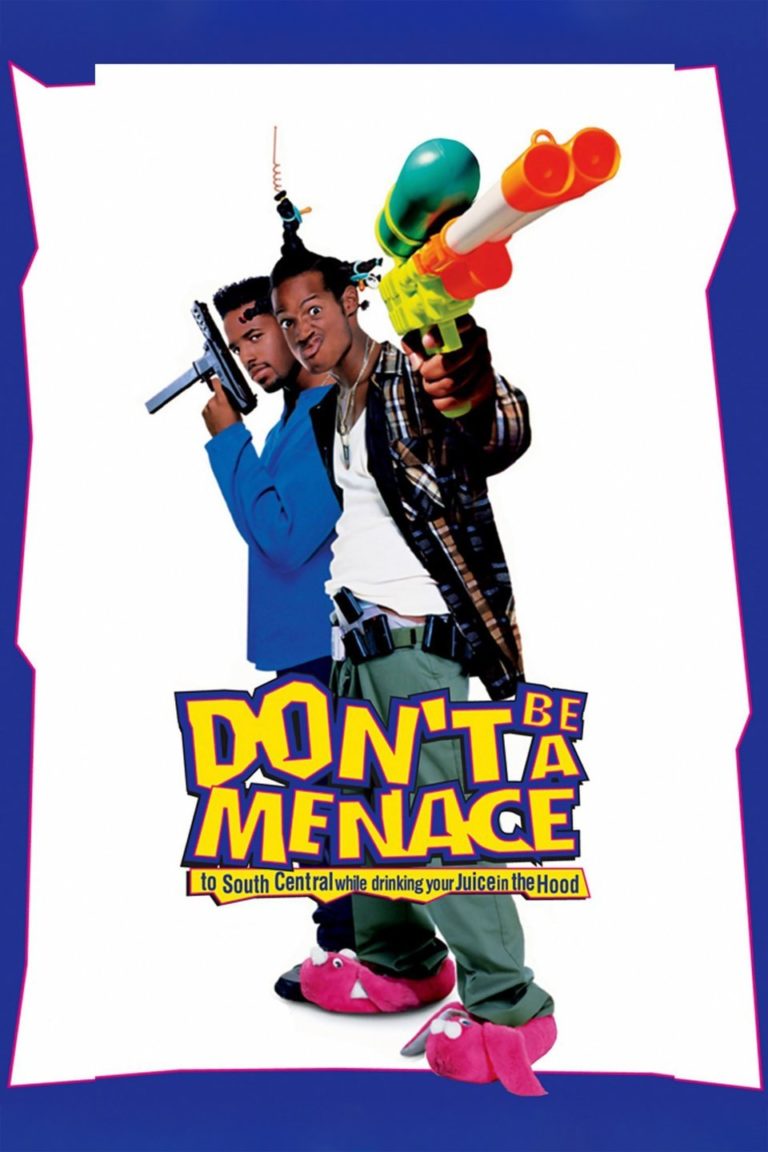 DON’T BE A MENACE TO SOUTH CENTRAL WHILE DRINKING YOUR JUICE IN THE HOOD dances a thin line between parodying the “hood” and film presentations of life in the “hood.” Ashtray played by Shawn Wayans gets dropped off by his perfect role-model mother to the home of his father in South Central L.A. Soon Ashtray meets Loc Dog played by Marlon Wayans and they become instant friends. At a party, Ashtray meets Dashiki, a woman with 7 kids. Ashtray falls in love with her and wants to take her and her brood out of the “hood.” As he works toward this end, other adventures include Loc Dog and his attempts at work, a foul-mouthed break-dancing, pot-smoking Grandmother and gangsters who perform drive-by shootings.

This movie got a lot of laughs from its all-black audience. Yet, morbid and really, unfunny humor characterized this movie. Almost every aspect of human nature can be parodied, but this is a parody that goes way over the line of decency. It was in many ways disrespectful and offensive because it showed a tragic situation becoming ridiculous. Most offensive was the depiction of the church service. In this movie, the pastor encourages the women of his church to sleep with him. It is a comedy of errors in the worst way and could actually be menacing the viewer.