"Some Things Should Be Left Alone" 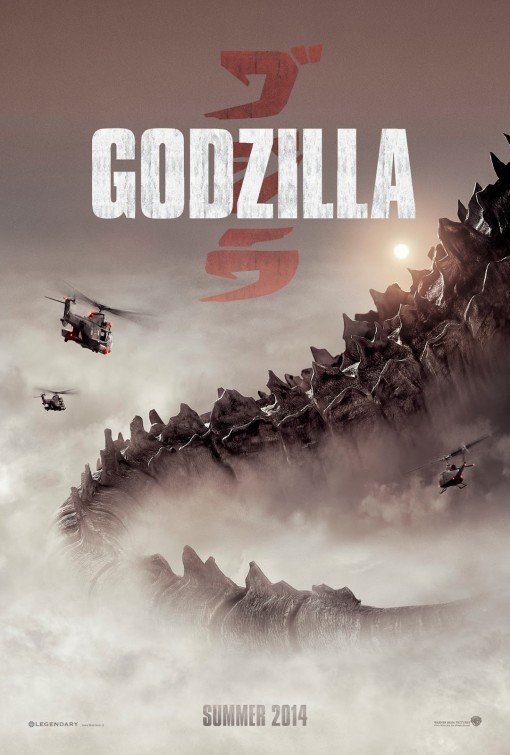 GODZILLA is an American reboot of the 1954 Japanese movie based on the mythic dinosaur creature. In 1999, two pods are discovered in the Philippines. Something escapes into the ocean from one of the pods, while the other is taken to America for research. Whatever escaped travels to Japan and destroys a nuclear facility. Fifteen years later, the government continues to hide what happened. When the creature, Godzilla, wakens, it sets its destructive eye on San Francisco. Navy Lieutenant Ford Brody finds himself in the middle of the attempt to stop Godzilla, but he must also keep his family safe.

GODZILLA is extremely exciting and well directed, with stellar visual effects and terrifying sound design. The movie has a subtle environmentalist theme against nuclear power based on mythological pagan worldviews. However, it also has some strong moral, redemptive, patriotic elements. For example, it extols self-sacrifice and courage, and an American soldier says a Christian prayer at one point. Ultimately, though, GODZILLA has many gritty, intense moments, and the amount of destruction and foul language warrants strong, and possibly even extreme, caution.

(PaPa, E, Ev, BB, CC, PP, LL, VV, M) Strong mixed pagan worldview with some subtle environmentalist and not so subtle evolutionary themes pulled from the story’s mythology which is also based on a pagan worldview that puts mankind under the control of nature rather than the other way around, mixed in with some strong moral, redemptive themes stressing courage and self-sacrifice (including a soldier prays a Christian prayer), plus some strong patriotic elements showing a positive view of the American military; five obscenities (including one muffled “f” word) and 11 profanities (including four uses of “Jesus”); strong destructive violence with monsters desolating cities, many implied deaths (though not very many are seen graphically or up close), monsters fight each other, and one is decapitated, explosions, planes crash, a flood of water engulfs a crowd of people, and lots of action violence includes soldiers shooting at monsters; no sexual content, just some kissing between married couples; no nudity; no alcohol; no drugs; and, governments keep secrets from their citizens.

GODZILLA is an American reboot of the Japanese movie based on the mythological creature known as Godzilla.

This version begins in 1999. Two scientists, played by Ken Watanabe and Sally Hawkins, investigate two giant chrysalis-like pods found in an enormous skeleton in the Philippines. Whatever was inside one of the pods escaped and left a destructive trail all the way to the sea. The other is relocated to America for further study in Nevada.

Meanwhile in Japan, still in 1999, Joe Brody and his wife Sandra are two American scientists working at a nuclear facility. The dangerous radioactive energy that came from the Philippines discovery moves to the Japanese nuclear plant and results in its destruction. Joe barely escapes, but his wife perishes at the plant.

Fifteen years later, Joe’s son Ford, an explosive disposal specialist for the U.S. Navy, lives in San Francisco with his wife and son. As soon as he returns home from a 14-month tour overseas, Ford receives a call that his father Joe was arrested in Japan for trespassing in the quarantined zone at the nuclear plant. After bailing his father out of jail, Ford gets roped into investigating the odd occurrences at the plant with his conspiracy theory crazed father.

Meanwhile, the giant lizard creature, Godzilla, resurfaces and starts swimming towards San Francisco. It’s revealed that Godzilla was first discovered in the 1940s, and the nuclear tests done at sea weren’t really nuclear tests but attempts to kill the gigantic creature. Now, the two creatures are heading toward America, and Ford is thrust in the middle of the attempt to stop them and protect his family back in the States.

GODZILLA pays homage to the original 1954 Godzilla movie in many ways, but also strays in others. Though it takes a while for Godzilla to enter the story, the payoff in the end is worth it. Thoroughly entertaining and extremely immersive, the movie manages to tell an interesting story set in its ridiculous world. Competent direction, terrifying special effects and sound design, and passable writing turn this watchable movie into an enjoyable one.

This reboot isn’t as anti-nuclear as the original movie, which criticized America for bombing Japan in World War II. That said, GODZILLA is still a subtle, though noticeable, warning against nuclear energy, that if we aren’t careful, we may be punished by nature. Positively, the main characters act nobly and the American military does their best to save human lives. Ford risks everything to protect others and loves his family dearly. There’s even a positive Christian prayer right before some soldiers go on a deadly suicidal mission.

Ultimately, GODZILLA is very gritty and the amount of destruction and offensive profanities warrants extreme caution.