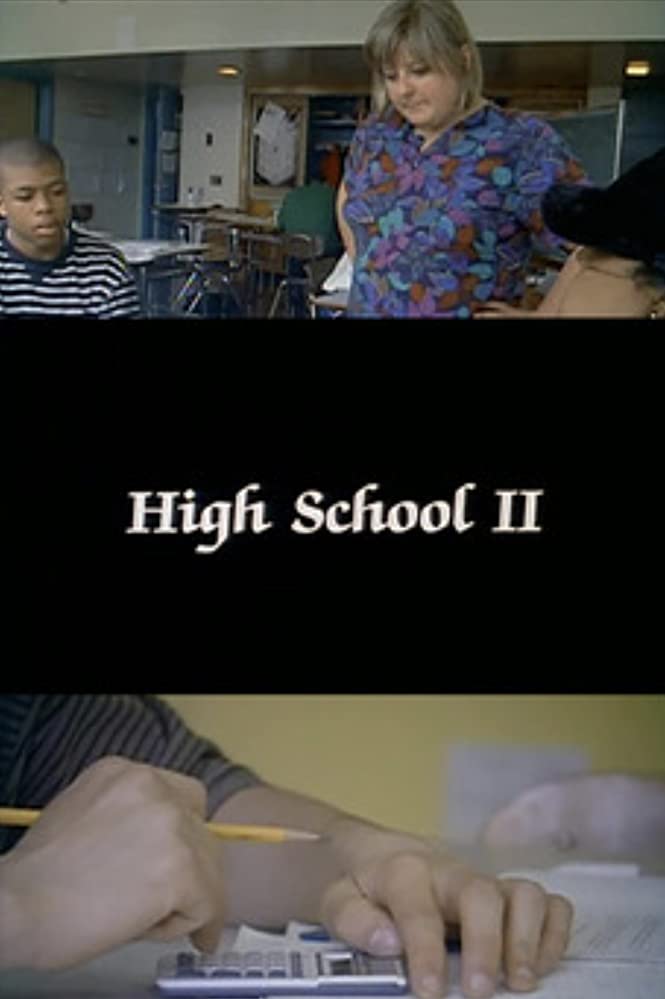 In HIGH SCHOOL II, Frederick Wiseman has produced a thought-provoking documentary about an inner-city, alternative high school. Despite a politically correct outlook and implied tolerance of promiscuity, the film presents an upbeat portrait of inner-city teens which defies all stereotypes.

Frederick Wiseman has produced another in a series of thought-provoking documentaries in HIGH SCHOOL II, a film about a non-traditional, inner-city high school. Central Park East, located in the Spanish Harlem section of Manhattan, provides alternative education to a racially diverse student body. The faculty provides one-on-one attention to students who are in school because they want to be. Learning is accomplished by means of a curriculum which emphasizes creative, analytical thinking, respect for and consideration of the viewpoints of others, and conflict resolution through nonviolent means.

Wiseman presents his subject in a series of episodes of varying length which show student, parent and faculty interaction on three typical school days. The movie presents a portrait of an upbeat, positive school with a message of racial harmony and respect for the viewpoints of others. Though this is a biblical concept, it also fits in with the politically correct view of the “rainbow mosaic” which considers man, not God, to be the center of life and which tolerates teenage promiscuity. HIGH SCHOOL II should be viewed by teens and parents together and be used as the basis for open communication about the issues it raises.

Distributor: Zipporah Films. To be shown on PBS television.