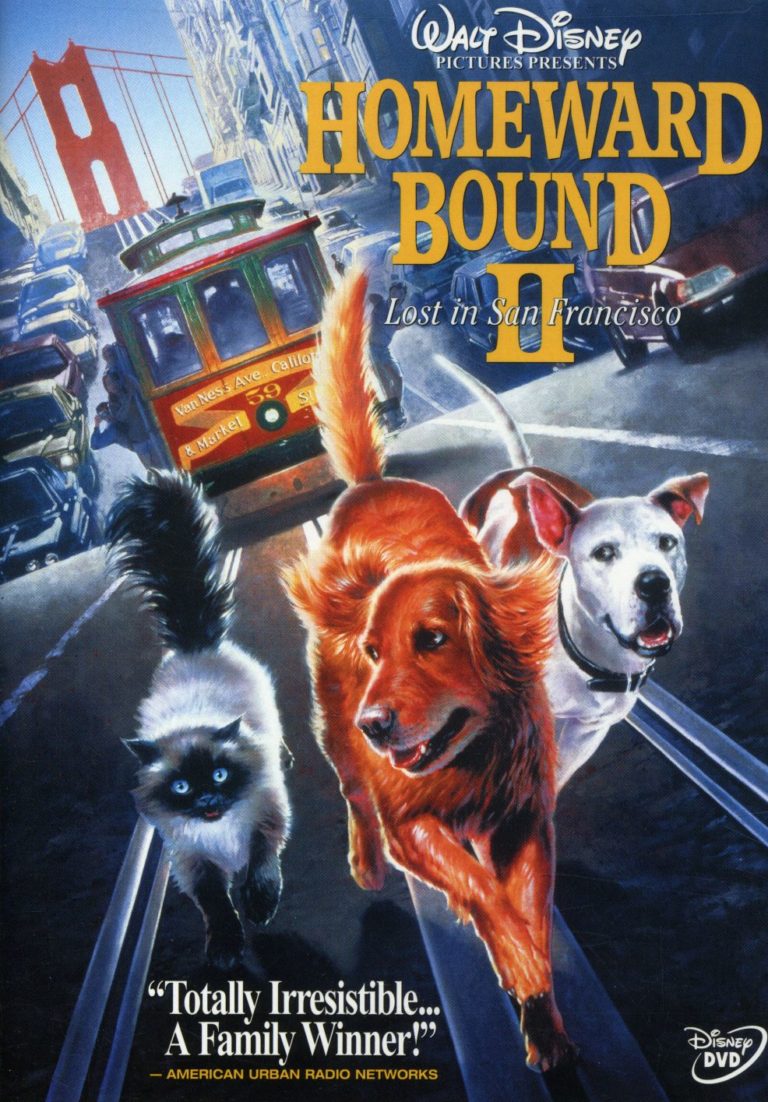 HOMEWARD BOUND II: LOST IN SAN FRANCISCO places the Seaver family pets Chance, Sassy and Shadow on a homeward trek through big city perils. The family decides to go on a camping trip in the Canadian Rockies and agree to take their pets. As they are being caged for the flight, the animals suspect the worst and escape at the airport as the Seavers fly off. The three agree that their only hope is to go home and wait. Meeting certain trouble, they encounter junk yard dogs, animal catchers, rushing traffic, and bad weather. Chance gets picked up by the dog catchers. It’s Sassy, Shadow and a pack of new friends who come to the rescue. After this close call, the threesome find the Golden Gate bridge and are almost home except for one last hair-raising scare.

HOMEWARD BOUND II: LOST IN SAN FRANCISCO tells the familiar story of the prodigal son. This movie has very little immoral content. Perhaps the most divisive part is the continual banter and barbs exchanged between the reckless Chance and the sensible Sassy. We also see the usual action pratfalls and adventure common to many animal movies. This movie is pure entertainment down to its padded paws. It makes no bones about being original, or cataclysmic. It is a purr-fect delight for the whole family.