"Romantic Comedy about Loving and Finding Yourself" 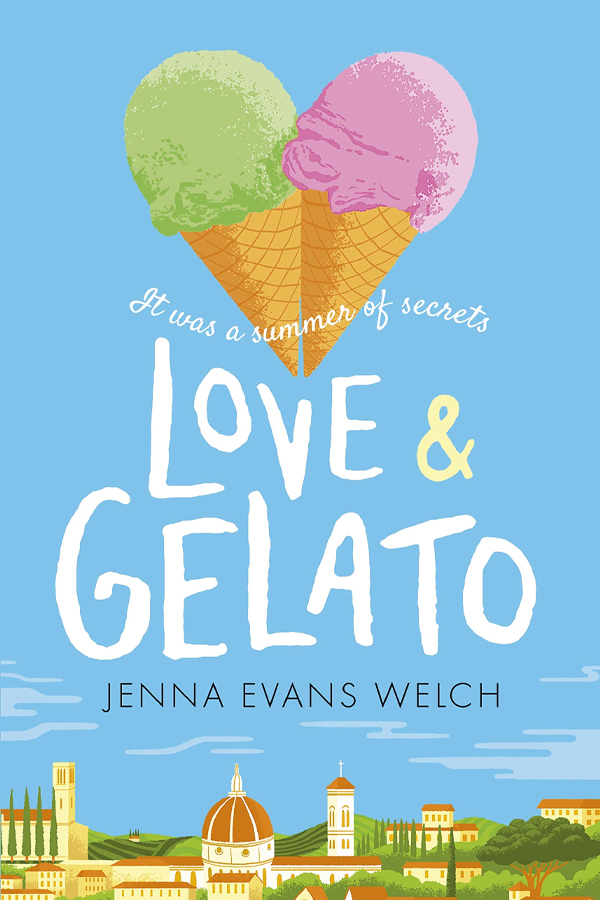 LOVE AND GELATO is a romantic comedy on Netflix about Lina, a young woman who visits Italy to learn more about her mom and ultimately herself. It is there that Lina meets Alessandro, a “playboy” according to some, and she finds out they are correct. She meets Lorenzo, a young man with aspirations of becoming a chef. Both Lorenzo and Alessandro are in other relationships and don’t want to break them. This causes Lina to ask herself whether she just wants to stay friends with them or take a chance on love.

The plot in LOVE AND GELATO is slow, but the stunning cinematography immerses viewers in the sights and sounds of Italy. The dialogue drags sometimes, but it does a good job depicting Lina’s complicated relationship with her father. LOVE AND GELATO has a Romantic worldview about chasing your dreams, mitigated by light moral content. Sadly, LOVE AND GELATO contains overt sexual immorality about people hooking up. Also, Lorenzo has two homosexual “mothers,” who kiss in one scene. Finally, LOVE AND GELATO has foul language and a scene with underage drinking.

(RoRo, PCPC, HoHo, B, LL, V, SS, NN, AA, DD MM):
Dominant Worldview and Other Worldview Content/Elements:
Strong Romantic worldview promotes chasing your dreams, romantic love is seen as an ultimate ideal, premarital sex is advocated and the movie has a Romantic view of family, with some politically correct, pro-homosexual content where one of the heroine’s male romantic interests has two mothers, mitigated lightly by some moral elements stressing that people should be faithful while in committed relationships
Foul Language:
16 obscenities (including one “f” word) and six light profanities
Violence:
Light violence includes one comment about wanting to hurt men that hurt women
Sex:
Strong sexual immorality includes the sentiment is expressed that young people should hook up to have a good life, two lesbian characters kiss, several sexual innuendoes including “copping a feel,” a comment about pastries that don’t have a penis, and a reference to “gelato orgasms”
Nudity:
Upper male nudity, an old sculpture displays male genitalia, and two people wear swimsuits
Alcohol Use:
Four scenes of drinking, including two people who are underage
Smoking and/or Drug Use and Abuse:
No smoking, but one reference to drugs; and,
Miscellaneous Immorality:
Heroine discovers her mother hid things from her, and heroine meets the estranged father she never knew but then decides she’s better off without him.

LOVE AND GELATO is a romantic comedy on Netflix about

The movie stars Susanna Skaggs as a young woman named Lina who Italy. She sets off to Italy to fulfill her mom’s wish after she died to go to Italy as her graduation gift. Lina discovers her mom’s diary and realizes she knew her mother less than she realized. She also meets Alessandro, a handsome playboy from Italy. They discover they have a lot in common, including both attending MIT and Harvard next year, as well as wanting to live life on their own terms.

Meanwhile, Alessandro’s father is pestering him to go to Milan and follow in his footsteps. Hesitant to go, he invites Lina to his father’s fundraiser. However, to fit into Italian culture, she seeks the help of her godmother, Francesca. When she attends the fundraiser, Lina sneaks off with Alessandro to have a wild time, until they get into trouble with security. As she leaves, she meets Lorenzo, a chef who introduces her to Italian pastries and the beauty of Italy. Alessandro and Lorenzo are no longer friends, because Lorenzo’s parents are homosexual and a friend called one of his mothers a homophobic slur, but Alessandro didn’t defend her.

Lina and Lorenzo enjoy each other’s company by making Italian gelato. That is, until Lina discovers both Alessandro and Lorenzo are involved in other relationships without telling her. This makes Lina wonder what the point of love (and life) really is. As she reads her mom’s diary, she discovers she was born out of wedlock. Since she believes her father might still be in Italy, Lina discovers an even greater purpose in her trip and sets out to find him.

LOVE AND GELATO has a coming of age feel to it. Lina blossoms from a young woman who has no life and no love life to someone who learns to love herself and lives life on their own terms.

One of the movie’s best features is its cinematography, which is stunning. Often shot with multiple camera angles, the use of lights and cameras highlights the beautiful setting of Rome and other cities. Viewers will feel like they’re being transported into Italy as the foods, drinks and sights are all a part of the plot’s focus. The plot itself, however, is a bit slow moving. It can leave the audience bored and ready for things to move forward more quickly. Also, the dialogue drags in places. For example, the dialogue between Lina and the two men, Alessandro and Lorenzo, sometimes seems predictable rather than engaging.

The movie’s main worldview is Romantic and is about chasing your dreams. Love is also an ultimate goal. However, LOVE AND GELATO has some moral elements stressing that people should be faithful while in committed relationships. For example, Lina refuses to date either guy due to their issues with fidelity. She’s also mad at her father for not coming to her mother’s funeral, even though she eventually discovers she’s better off without him.

Sadly, LOVE AND GELATO contains some overt sexual immorality. For example, the sentiment is expressed that young people should hook up to have a good life. There are a few lewd innuendoes in other scenes. Also, the movie has a politically correct view of homosexual sin. For instance, Lorenzo has two homosexual “mothers,” who kiss in one scene. There’s also an old sculpture displaying male genitalia. Finally, LOVE AND GELATO has some foul language, a scene with underage drinking and a euphemism about drug use.