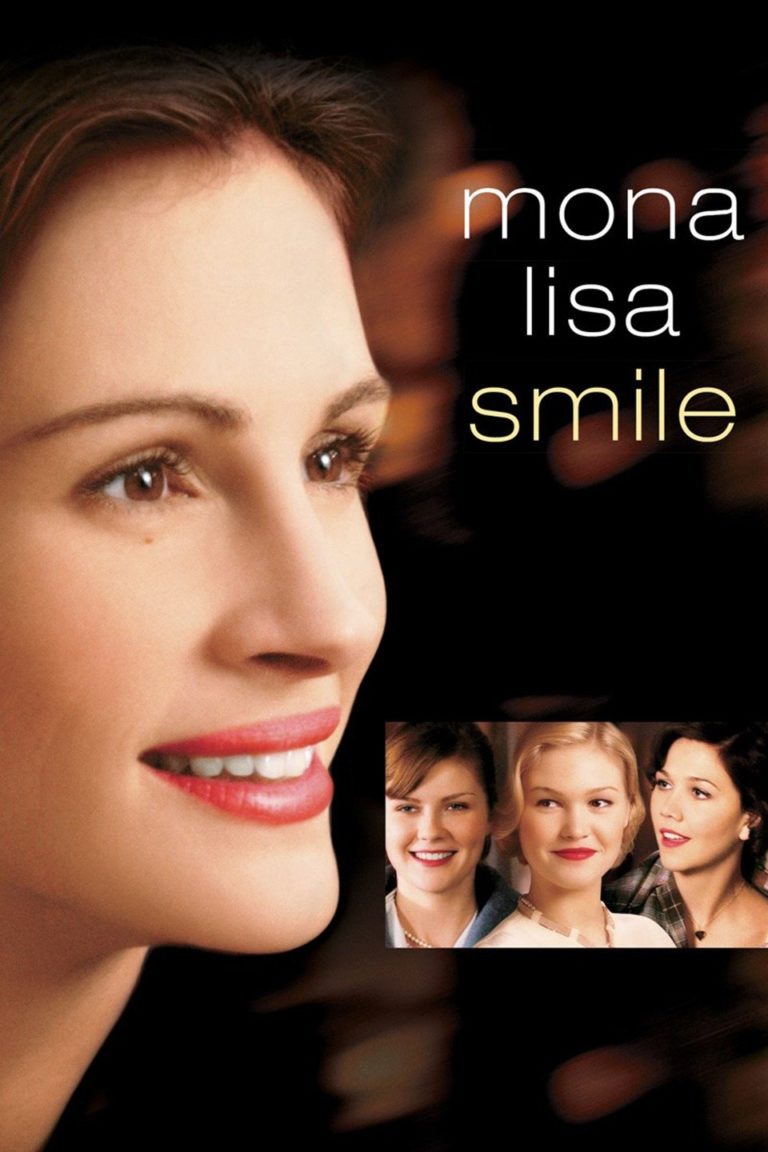 MONA LISA SMILE, set in 1953-54 at Wellesley College, the all-girls college that Hillary Clinton graduated from in the 1960s, stars Julia Roberts as a liberal, “progressive” art teacher who gets the most conservative, mean-spirited student in her class to change her views about marriage and traditional moral values. MONA LISA SMILE is a liberal, feminist, Communist propaganda piece that uses easy targets and false stereotypes to favor sexual promiscuity and homosexuality and to attack anti-Communists, traditional moral values, marriage, traditional families, and conservatives.

In MONA LISA SMILE, actress Julia Roberts, one of Hollywood’s new elite, takes her radical liberal, feminist politics to the moviegoing public, in a sugary, politically correct piece of fluff. The movie is another attempt by liberals and “progressives” to trash the 1950s and mock traditional values.

One of the worst movies of the year, MONA LISA SMILE is set in 1953-54 at Wellesley College, the all-girls college where Hillary Clinton went before getting her Yale Law School degree. Roberts stars as Katherine Watson, the school’s new art history teacher. After being taken aback by the moxie of the women in her class, Katherine begins to instruct the women in her bohemian, liberal, postmodern views of art and life. Kirsten Dunst plays Betty, the most conservative, mean-spirited student in the class, whose mother is an even more mean-spirited traditionalist.

Due to be married during the term, Betty pushes her best friend, Joan, played by Julia Stiles, to get married as well, but Katherine tells Joan that she can be married, raise a family, and have a career all at the same time. Katherine pushes Joan into applying for one of the few female slots at Yale Law School, which enrages Betty, who starts writing nasty editorials against Katherine and her friend, the lesbian nurse, who passes out birth control diaphragms to promiscuous students. The school fires the nurse, which angers both Katherine and her new romantic interest, the handsome male professor who teaches Italian. After ending her relationship with her California boyfriend, Katherine pursues an affair with the professor. Meanwhile, Betty gets married, but begins having problems with her husband, who travels often to New York City to supposed meetings for his law firm.

There’s a minor twist near the end of MONA LISA SMILE, where the movie seems to say that it’s okay to only want to be a housewife and where the Italian professor asks Katherine if she came to Wellesley to help people find their own way or to force her way on others.

These, however, are just sops to traditionalists and conservatives. By the end of the movie, Betty, her marriage in tatters, has forsaken a traditional lifestyle for Katherine’s Bohemian ways and moved with the promiscuous Giselle to Greenwich Village, of all places. Adding insult to injury, the movie mocks the 1950s again in the end credits and has Barbra Streisand, a big-time supporter of radical liberal, anti-Christian bigots, sing Charlie Chaplin’s beautiful song “Smile.” Gag us with a spoon, why don’t ya!

MONA LISA SMILE contains strong messages favoring sexual promiscuity, birth control, and homosexuality. It also contains a subtle, but very strong, pro-Communist viewpoint, which mocks anti-Communists, traditional moral values, marriage, traditional families, traditional views of art, and conservatives. Its view of the 1950s as a “repressive” time that wouldn’t let women have any careers is totally false. The radical feminists of the 1960s adopted this silly, erroneous view of the Fifties from radical writers like Betty Friedan, which is probably why the movie names Kirsten Dunst’s character Betty. In her writings, Friedan claimed to be an average housewife who felt abused and constrained by “repressive” 1950s images. In reality, however, she was a secretly committed Communist who wanted to overthrow America’s Christian, free-market heritage. And, that’s exactly what the radical, neo-Communist filmmakers want to do by releasing this abhorrent movie. In effect, MONA LISA SMILE is nothing more than just left-wing hate speech against committed Christians, Jews, and traditionalists.