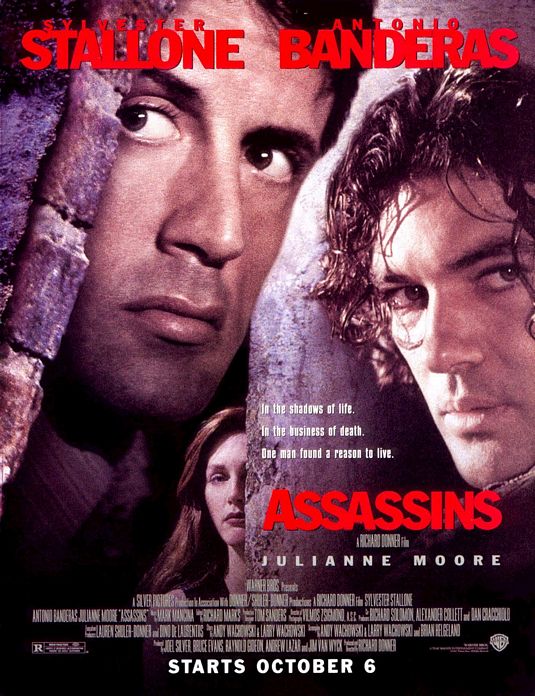 Richard Rath is number one in his field, the deadly field of ASSASSINS. Miguel Bain will do everything in his power to get rid of Rath and become the new top Assassin. Treating murder lightly, this movie uses violence to achieve humanistic motives. It also contains excessive profanity.

Richard Rath is number one in his field, the deadly field of ASSASSINS. Rath has had enough. He doesn’t get a feeling of honor and pride from his job anymore. He wants out, but there is someone else who wants him out too: Miguel Bain will do everything in his power to get rid of Rath and become the new top Assassin. Rath knows history will repeat itself. Years ago Rath became the best, when he shot his friend and fellow assassin. He knows Bain is going to try the same thing, but Rath is not alone, he has Electra to help him. In the end, Bain tries and almost succeeds, but Rath and Electra put an end to Bain, and they are finally free from their past and can start a new life together.

ASSASSINS starts out slow and is not very suspenseful until the second half. There are many killings in the film that could have been left out. The audience would still get the idea that some of these men lead a very violent life. The film portrays man as judge of others. If a man decides one day that he doesn’t like the way someone is doing business, he has him killed. God appoints the day for man’s demise, not man. This film, like many other action pictures, also substitutes liberal obscenity and profanity for clever writing.