GENESIS: CREATION AND THE FLOOD

"A Snooze-Inducing but Hopeful Celebration" 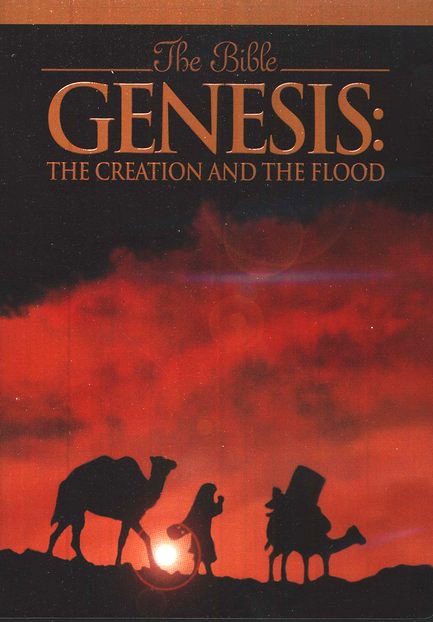 GENESIS is a narrated quotation of the first nine chapters of this book of the bible, accompanied by visually pleasing images to match Scripture. An elderly man of an Israeli tribe tells the creation story to everyone travelling within his camp. Accompanied with his biblical voiceover is a series of beautiful images that bring out the most glorious of the Lord’s creations within nature. It also details the story of Adam and Eve, Cain and Abel, and Noah’s Ark.

Overall, GENESIS falls into the same status as other films like it. It takes few creative liberties to bring the beautiful Holy Scriptures to the screen in a new, inventive way. It’s a bit slow, monotonous and boring. So, this problem also could make it harder to engage nonbelievers. However, GENESIS still celebrates the values of the Lord that can be freely experienced through God’s Creation, through a positive relationship with God, and through obedience to God’s command to love thy neighbor and care for one another. GENESIS reminds viewers how we’re dependent upon God and upon one another for wisdom and survival.

(BBB, CCC, V, M) Strong Biblical and Christian worldview supported by accurate scriptural text of the first nine chapters of Genesis, shows brief images of the dangers of a Romantic worldview; no foul language; a boy is seen throwing rocks at some wild pigs (although none are injured), a boy representing Cain bashes another boy with a rock (although no other details are seen), a man on a raft is hit by a strong wind, a corpse is placed within the center of a rock circle and honored by its people; no sexual content; no nudity other than a brief image of a baby’s birth, although no genitals are seen; no alcohol; no smoking or drug use; and, high class partying and dancing is seen, both in an ancient Israeli city and in clips flashing forward to the present day, although it’s shown in a negative light.

Over the course of the past century, there have been more on-screen interpretations of the creation story than anyone could ever hope to ever watch. It is always a wonderful thing to see, that so many artists feel the calling to tell the story of the Lord’s creation of the universe so that nonbelievers could feel the love of God. However, as far as most of these cinematic adaptations go, they tend to follow a generic, predictable format. So the question is, does this television movie, GENESIS: CREATION AND THE FLOOD, stand out from the pack?

The movie opens with a tribe of shepherds migrating within the deserts of Israel, across what is apparently a barren wasteland of dust. At dawn, a certain boy tells his mama how he is afraid of the dark. Here is where his grandfather comes to his aid, telling him about how God created the heavens and the earth, bringing light to the darkness and assigning life to its rightful place. Then, to the rest of the community within their camp, he tells the rest of the creation story. He describes how God created man to be workers, how he created man to be companions of one another, how man eventually failed God and had to leave paradise, how man turned against one another, and how their current world is now in love with things of temporary pleasure.

During their travels, the tribe looks upon a city, where they could not afford to live. The citizens of the city welcome in their king, throwing a massive celebration in his honor. This is where the grandfather tells the rest of the story to his companions: How God judged the world with a flood, and how he commanded Noah to bring all of the Lord’s animals onto an ark to start life anew.

Accompanied with his biblical voiceover is a series of beautiful images that bring out the most glorious of the Lord’s creations within nature. As such, it shows that those living in the wilderness can be far closer to God than those in a bustling city giving themselves to material possessions and forgetting God.

GENESIS is incredibly drawn out, putting significant focus on beautiful images. This isn’t particularly riveting, dramatically speaking. In fact, the movie could have been half its length and still gotten its point across.

It’s also worth noting that this production was shot in Italy, which means that the language is dubbed into English. So, the actors’ lip movements and the voiceovers don’t match properly.

Overall, GENESIS falls into the same status as other films like it, but it takes few creative liberties to bring the beautiful Holy Scriptures to the screen. Other than some brief hints of violence and a baby’s birth, there’s nothing offensive about GENESIS. It celebrates the values of the Lord that can be freely experienced through nature and in the company of our loved ones. It reminds viewers of how we are dependent upon God and upon one another for wisdom and survival.