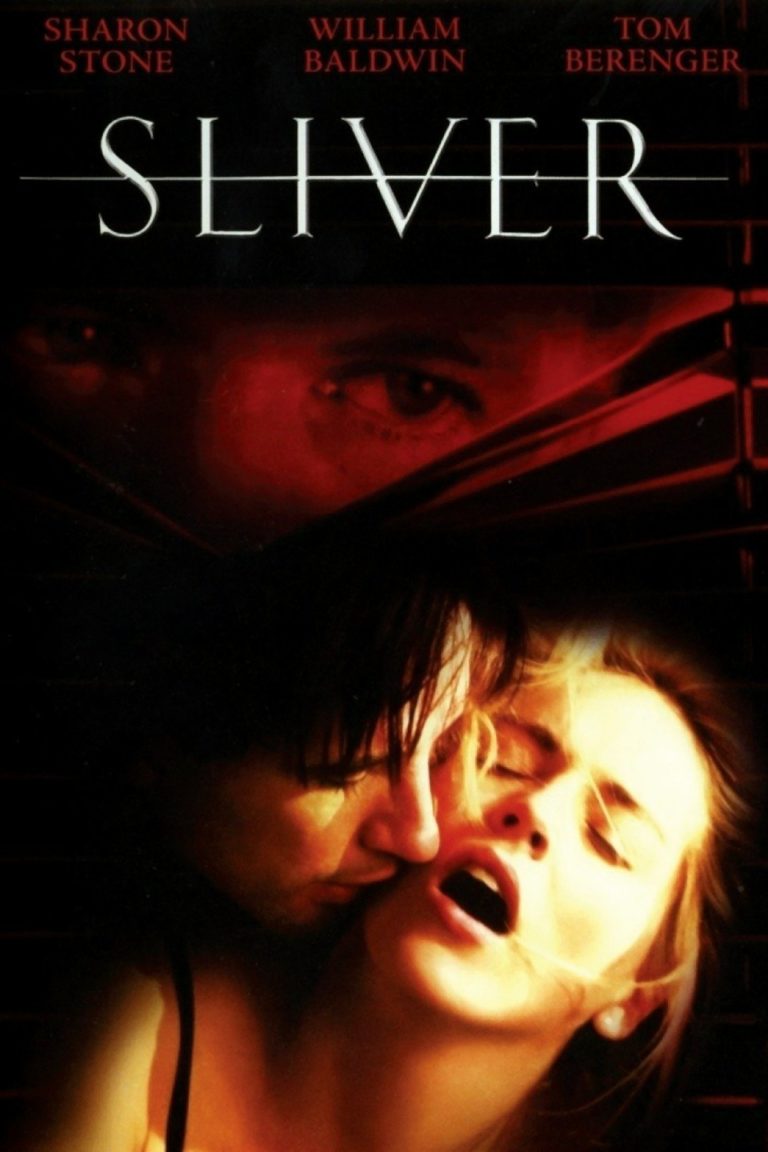 The psychological thriller SLIVER, starring Sharon Stone tells the story of a book editor (Stone), who moves into a jinxed hi-rise apartment complex in downtown Manhattan, where she not only becomes sexually involved with a tenant but also with the building's voyeuristic owner. The movie's perversity stems from its ill-conceived plot and has tepid acting, mediocre dialogue and is poorly crafted.

The movie SLIVER, sort of an updated electronic version of Hitchcock’s REAR WINDOW, focuses on a new tenant’s experiences inside a jinxed hi-rise apartment complex in downtown Manhattan where a number of people have died mysteriously. The new tenant, Carly Norris (Sharon Stone), is a book editor and soon becomes sexually involved with two men: the building’s owner and a fellow tenant. The story revolves around the psycho-sexual dynamic of these three individuals. Before long, Carly learns that the voyeuristic owner has cameras in every apartment and watches the tenants’ most intimate activities. Although Carly disapproves the owner’s surveillance of his tenants, she also spends hours watching the “real life” soap opera herself (at least initially), mesmerized by the secret worlds of her neighbors.

The ad line for SLIVER, “You like to watch, don’t you?” conjures up crude images of sleazy voyeurs watching lewd exhibitionists, which is just about all that this ill-conceived sexual thriller has to offer. Not only is this film reprehensible from a moral viewpoint with its graphic sexual couplings, but the stale characterizations and illogical plot fail to create a story that is either believable or suspenseful. The acting, ham-strung because of its mediocre dialogue and hopeless plot, is tepid and unchallenging.

Producer: Joe Eszterhas BASED ON THE NOVEL BY: Ira Levin