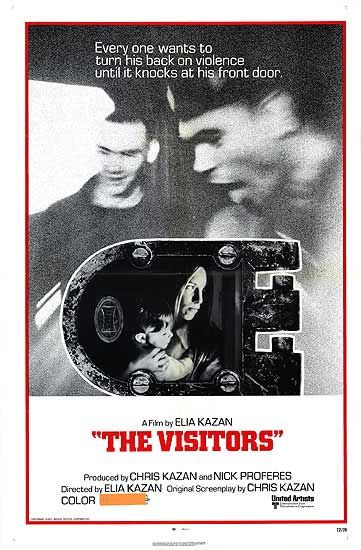 THE VISITORS is a comic fantasy from France telling about a good knight named Godefroy who accidentally gets taken from the 11th century to the 20th century. Startled by modern invention and social custom, he visits a descendant of his in order to make the trip back home. Containing some violence and elements of witchcraft and sorcery, it represents a funny MONTY PYTHON-like comedy for adults only.

THE VISITORS is a French comic fantasy which tells the story of Godefroy, an 11th Century French knight who is transported to modern day France. At first, Godefroy saves the king from attack, and the King rewards Godefroy with permission to marry a local noblewoman. This is very important to Godefroy for it means he will be able to establish a lineage. When Godefroy accidentally kills his bride’s father, alienating his betrothed, he visits a sorcerer to take him back in time so he can repair the situation. Instead, he is transported into the future. The remainder of the movie follows Godefroy and his vassal as they try to get back to their own century by finding the sorcerer’s hidden laboratory in his castle.

THE VISITORS draws a favorable comparison to MONTY PYTHON AND THE HOLY GRAIL, though it is more profound. The modern world is very different from the one they know. Interestingly, it is not the modern technology that surprises them the most, but the change in social relationships demonstrating the excesses of each society — both the abuse of a title and the abuse of money. There are scenes of extreme physical violence, such as a knight getting his head lopped off in combat, but these scenes are fancifully cartoonish. Similarly, the evil witch seems more comic than unholy. Nevertheless, THE VISITORS is rated R and extreme caution is advised.