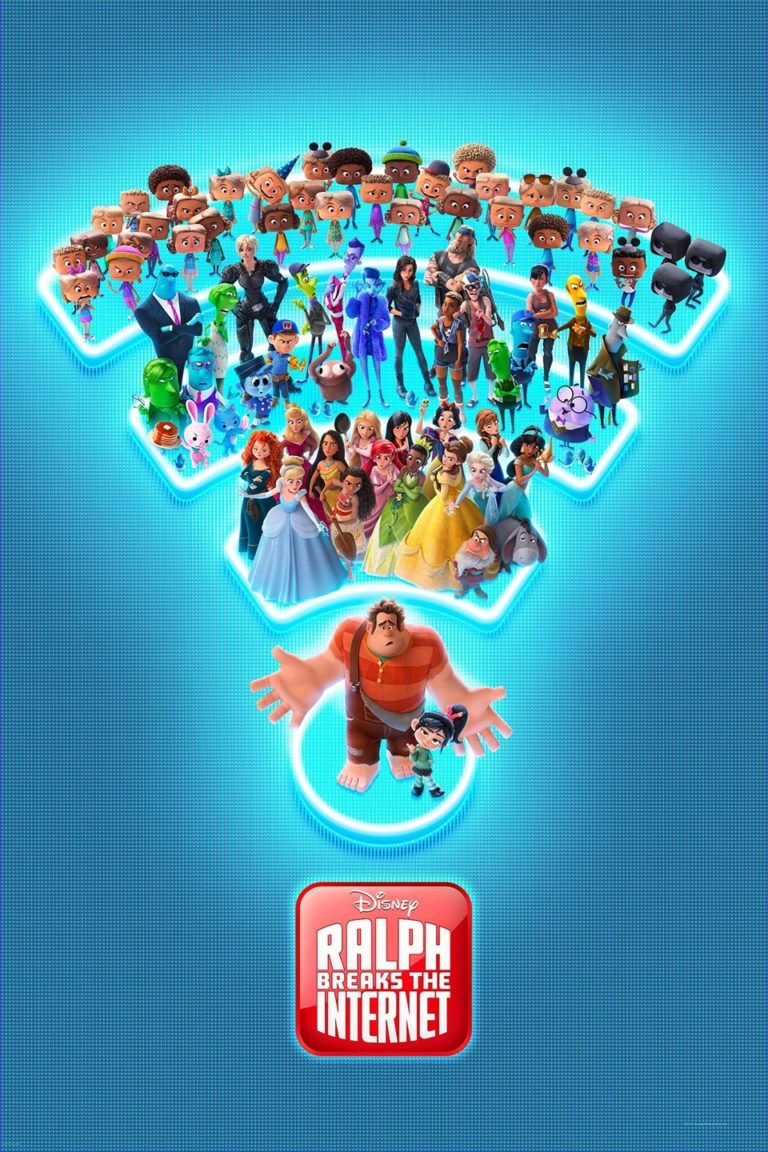 One day, the arcade owner plugs in a wireless Internet modem. Just like that, Ralph and Vanellope hear about a huge world beyond their arcade... does it live up to the first WRECK-IT RALPH?

Posted by Movieguide on Thursday, November 15, 2018

RALPH BREAKS THE INTERNET is a hilarious, imaginative, heartfelt sequel to Disney’s WRECK-IT RALPH, about the arcade villain who doesn’t want to be the villain but wants to be the hero. In the sequel, Ralph has to help his best friend Vanellope save the game where she lives by going into the Internet to buy a spare part on Ebay. In the Internet, Ralph and Vanellope are exposed to a whole new world, with both good and bad parts. While in the Internet, their relationship is tested, and Ralph must overcome his own insecurities.

RALPH BREAKS THE INTERNET is very clever in its exploration of the Internet, with tongue-in-cheek jokes about Disney, technology and our media-obsessed culture. There are strong moral messages about not holding friends back from following their passions, loyalty, courage, and even the beautiful act of adoption. The movie also contains positive Christian references. RALPH BREAKS THE INTERNET is loads of fun, and many families will enjoy it. Caution is advised for younger children for light innuendos, scenes occurring in an intense game and other thematic elements.

(BBB, CC, Ro, PC, Fe, V, N, M):
Dominant Worldview and Other Worldview Content/Elements:
Very strong moral worldview stresses not holding friends back from following their passions, loyalty, courage, adoption, and family, with positive Christian references and themes of self-sacrifice, character says to “put on your church shoes,” and references to miracles and blessings, plus some light Romantic, politically correct, feminist undertones where Disney princess characters joke about always needing to be saved by men;
Foul Language:
One light “Good Lord” exclamatory profanity, a possibly muffled light “OMG” profanity, character says, “Gosh dang it,” and characters burp;
Violence:
Light animated violence includes an exciting car chase in a game similar to the violent “Grand Theft Auto” game with edgy characters who look intense but actually are really nice, a shark eats a dog and people appear to be looting in the background, Ralph buys a virus to destroy a game that looks like a scary metallic snake, a giant monster made up of Ralph replicas creates mayhem and tries to capture the lead characters;
Sex:
No sexual content, but a pop-up ad in the internet advertises a “sexy housewives” TV show and while in Ebay Vanellope reads the word “lingerie” while looking through the different sections, but she reads it wrong;
Nudity:
A video game character from “Mortal Combat” is in a speedo;
Alcohol Use:
No drinking, but characters drink Root Beer like it’s alcohol;
Smoking and/or Drug Use and Abuse:
No smoking or drugs; and,
Miscellaneous Immorality:
Lying goes unpunished, characters try to steal to make money, but it’s rebuked, main character buys a virus to infect a game that his friend likes, but it’s also rebuked, Ralph falls from the sky right into a snow white gown, and a frog character kisses Ralph on the lips to wake him up.

RALPH BREAKS THE INTERNET is a hilarious, imaginative, heartfelt sequel to Disney’s hit movie WRECK-IT RALPH, about the arcade villain who doesn’t want to be the villain of a game anymore but wants to be the hero. In this sequel, Ralph and his best friend, Vanellope, a character in the racing arcade “Sugar Rush,” do everything together. Every day after all the humans have left the arcade, Ralph meets up with Vanellope where they drink root beer, play games together and just have lots of fun. Ralph is perfectly content with his life, but Vanellope is a thrill-seeking adventurer who feels there’s something more out there for her.

One day, the arcade owner plugs in a wireless Internet modem. Just like that, Ralph and Vanellope hear about a huge world beyond their arcade. When Vanellope’s arcade machine breaks while a child was turning the steering wheel too hard, they discover there’s a spare part on a website called Ebay. Ralph decides to go with Vanellope into the strange new world of the Internet to find her game’s broken part, so they can return to their normal lives.

The Internet world they enter looks like a ginormous city, where the biggest buildings are the biggest online entities, like Google, Facebook, Amazon, and others. Of course, there’s all sorts of dangers in this Internet city too, like people who shove quick rich popup ads in your face and viruses.

When Ralph and Vanellope go to Ebay to get her game’s steering wheel, they learn they need $300 to buy it and only have 24 hours to pay. So, they set out to try to earn some quick money, so they can save Vanellope’s arcade.

On their journey together, Ralph and Vanellope’s friendship is tested and stretched. Also, Vanellope starts to realize a dream that goes beyond the arcade she’s always known.

RALPH BREAKS THE INTERNET is hilariously imaginative, entertaining fun. The world of the Internet, and how humans interact with and use the internet is explored in creative, funny, poignant ways. For example, at one point, with the help of a character named Yesss, Ralph decides to make money by becoming an Internet sensation and making viral videos similar to the videos that go viral today. At another point, Vanellope visits Disney, where she runs into all of the Disney movie princesses, in addition to Star Wars, Marvel and Muppets characters. The tongue in cheek humor, as well as the technological references clearly cater toward adult viewers. However, children are sure to enjoy seeing some of their favorite animated characters pop up in one movie. Along with being funny and smart, the movie is deeply emotional and may have adults reaching for tissues.

Thematically, the movie’s jeopardy is tied up in the friendship between Ralph and Vanellope. All of Ralph’s self-worth lies in the fact that he’s a hero to Vanellope. So, then she feels she’ll be happier living in the Internet, it wrecks Ralph’s world. It’s a classic man vs. himself tale, which isn’t a common story for animated movies. The underlying message is that insecurity and co-dependence is toxic for friendships (and any relationship for that matter). It’s a fairly mature theme, but children who struggle with moving between schools, cities or states, or who have friends who do so, will surely relate. However, because there are no real villains, and the journey takes them down some rabbit holes, some viewers may find the story not as fluid and cohesive as others.

Another positive theme involving some side characters is that of adoption. Fix-It Felix Jr. and Sergeant Tamora who fell in love in the first movie decide to adopt 15 teenagers who lost their home when their game was unplugged. There are also a few Christian references, like when Ralph says, “Put on your church shoes.” Miracles and blessings are also mentioned, and Vanellope asks Ralph while looking up at the sky if there’s more to life. That said, Vanellope’s fulfillment in life in the end isn’t a spiritual or relational one, regrettably.

RALPH BREAKS THE INTERNET is loads of fun, and many families will enjoy it. There are some cautions for light innuendos, some scenes that take place in an intense game reminiscent of “Grand Theft Auto,” and other thematic elements. Read the CONTENT Section for more details.