"Aimless Promiscuity Makes No One Happy" 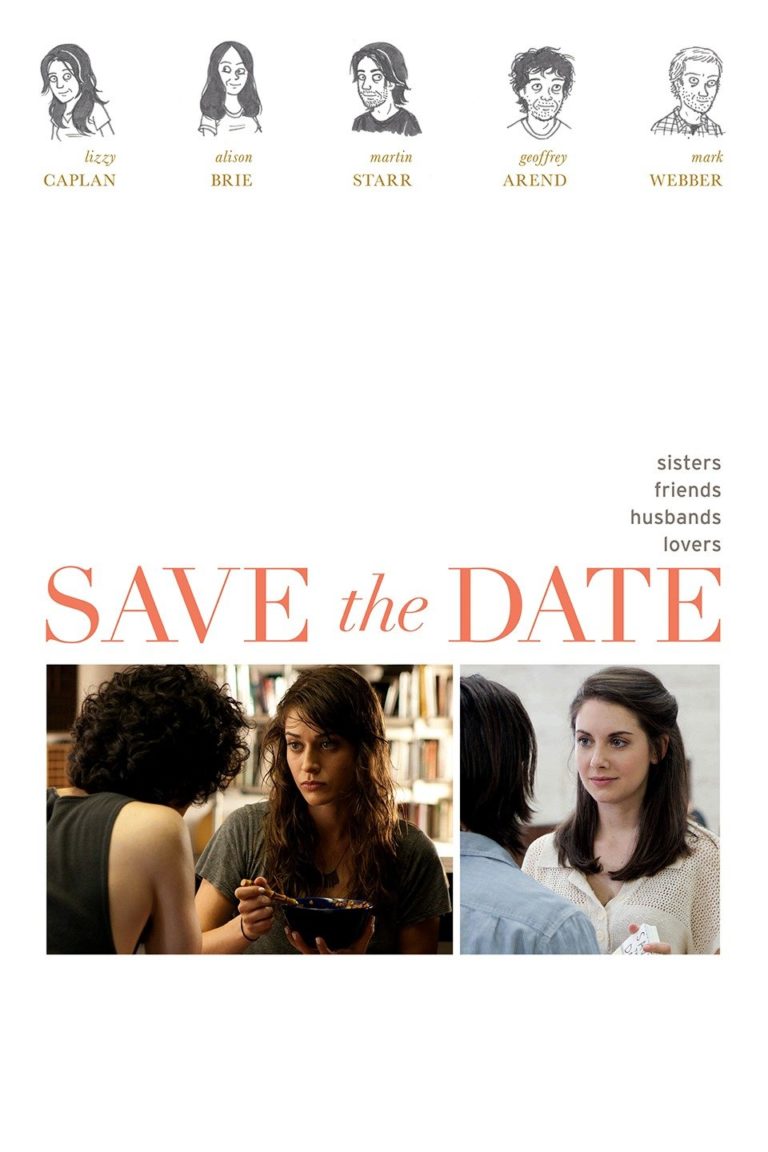 The plot in SAVE THE DATE follows Sarah, a young woman who moves in with her boyfriend, Kevin, a rock singer and songwriter. Kevin leads a band with Andrew, the fiancé of Sarah’s sister, Beth. Kevin loves Sarah more than she loves him. He proposes to her in front of a crowd at one of his concerts, only to be turned down. Worse, the video shows up on the Internet. Sarah moves out to be on her own. Meanwhile, sister Beth and Andrew get caught up in complications planning their own wedding. Sarah soon meets Jonathan and finds a happier relationship. Their affair results in an unintended pregnancy, however.

The actors try their best in SAVE THE DATE. Also, the movie deftly sets up an intimate tone in many scenes. Otherwise, however, SAVE THE DATE falls flat. The movie’s limited story and occasional humor aren’t worth watching. Also, the lewd content is excessively graphic and frequent. Finally, although the female protagonist decides to keep her baby, SAVE THE DATE still accepts the murderous lie that it’s the mother’s right to choose to kill her child.

(RoRoRo, B, Fe, LLL, V, SSS, N, AA, DD, MMM) Very strong Romantic worldview offset by a brief moral plot point when a visit to an abortion clinic ends with the woman keeping the baby, but movie still seems to accept the murderous lie that it’s the woman’s “right” to choose to kill her child; at least 49 obscenities and profanities (including many “f” words and some GDs); light violence consists of one punch and a kick given by an ex-boyfriend to the current boyfriend of the female lead; very strong sexual content includes numerous depicted scenes of fornication, implied oral sex, and discussion of sex in both serious and attempted humorous dialogue; upper male nudity, no explicit female nudity but it’s implied as the bare shoulders and legs of the female characters appear from under bed sheets; casual alcohol use in a few scenes, with two scenes of comic drunken behavior; smoking of marijuana in a couple scenes; and, very strong miscellaneous immorality includes a lot of lying and cheating.

SAVE THE DATE is a largely flat romantic comedy with a strong Romantic worldview, offset by a brief but important moral plot point. It’s yet another of the independent movie world’s seemingly endless depictions of young couples in their 20s trying to find happiness in shallow sexual relationships.

The story in SAVE THE DATE follows Sarah, a young woman who moves in with her boyfriend, Kevin, a rock singer/songwriter. Kevin leads a band with Andrew, the fiancé of Sarah’s sister, Beth. Despite agreeing to cohabitate, Kevin loves Sarah more than she loves him. He finds himself with the embarrassing situation of proposing marriage to her in front of a crowd at one of his concerts, only to be rejected and later find the video of the rejection on the Internet.

Sarah moves out, while Beth and Andrew get caught up in complications planning their own wedding. Sarah soon meets Jonathan and engages in a happier relationship with him. Most of the movie follows their aimless romantic misadventures as they discuss all their relationship mishaps and fornicate a lot. The biggest complication occurs when Sarah learns she’s pregnant via Jonathan and has to decide whether to keep or have the baby. She is shown crying hysterically at an abortion clinic as a nurse tries to rush her into the abortion, but Beth yells at the nurse and tells Sarah to decide later. In the final moment, Sarah smiles and is about to tell Jonathan that she’s pregnant. Her big smile implies that she’s eager to have the baby with him.

SAVE THE DATE features several hip young actors, including current TV stars Mark Walker and Alison Brie. They do their best with a story that’s too flat to be very compelling. The character of Jonathan is appealing at first, as he is shown as a guy who isn’t just trying to jump into bed with Sarah and wants to make sure she’s emotionally ready for a relationship after her breakup. Sadly, however, they do lapse into sex later in the story. Director Michael Mohan does a nice job of setting an intimate tone in many scenes, making viewers feel like they are actually there, sharing the conversation or a hug or a kiss with the characters. Ultimately, however, the characters are living shallow lives of premarital sex and are in need of more meaning in their lives without doing much to pursue it.

Finally, while it’s good that Sarah decides to keep her unborn baby, the movie still takes a pro-choice stance. Thus, in the world of the movie, it’s still the mother’s “right” to choose to kill her baby rather than her child should be kept or given away for adoption.

The limited story and only occasional humor in SAVE THE DATE aren’t worth building your movie schedule around. The movie’s lewd content is excessively graphic and frequent.