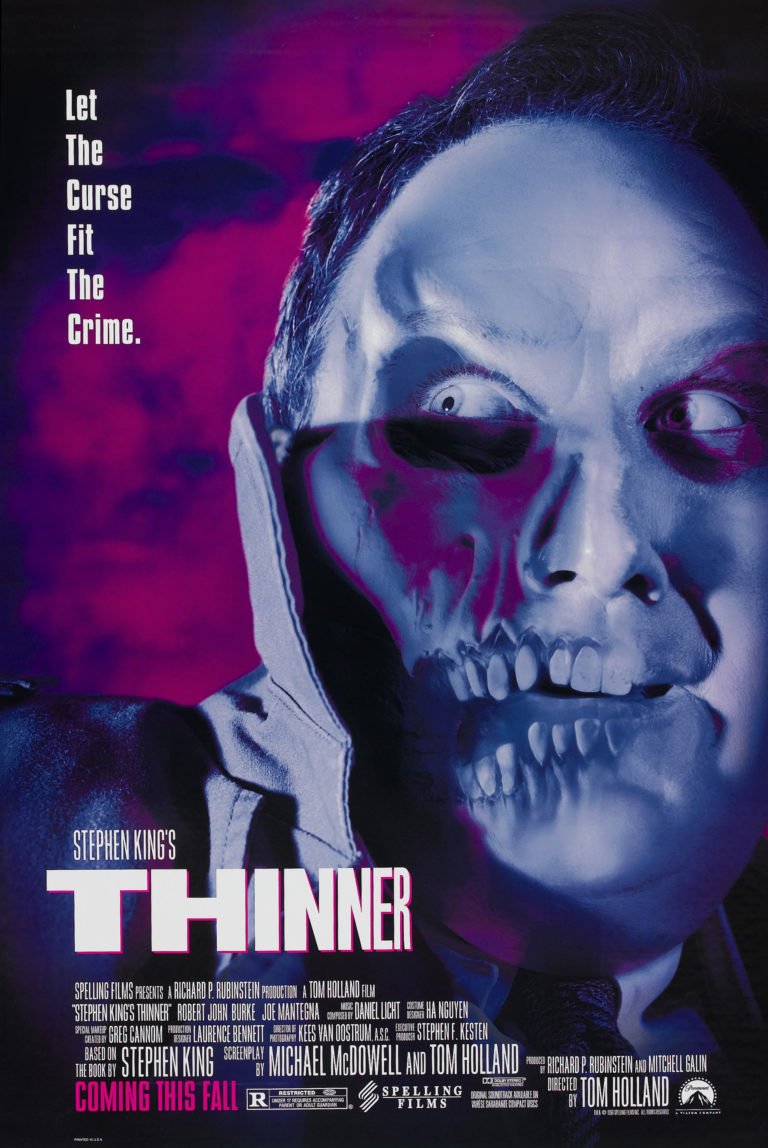 THINNER comes up emaciated on everything from photography, story, intrigue to morality. When attorney Billy Halleck is cursed by a gypsy, he drops from 300 to 100 pounds very quickly. He can only stop the curse with violence. Only for die hard Stephen King fans, THINNER fails as a horror movie and as a social commentary.

One in a series of poor movies based on Stephen King novels, THINNER comes up thin on everything including cinematography, story to morality. 300 pound attorney Billy Halleck has been on a series of diets, but just can’t to lose weight. One day, he tragically hits and kills an aged gypsy woman who crosses the road in front of him as he is driving and having a sexual tryst with his wife. The head gypsy, Tadzu , touches Billy’s face and says “thinner.” From that moment, Billy starts to loose weight, no matter how much he eats. He soon discovers that the only way to stop the gypsy’s curse is to have Tadzu lift it himself. Tadzu meets Billy with a magical pastry which yields unexpected fatalities.

The only remarkable thing about this movie is the make-up. Billy goes from 300 pounds to 100 pounds with surprising realism. Any praise stops right there. Morally, this movie is reprehensible. It features curses and retribution. The movie offers no redeeming solutions whatsoever. THINNER could have been an examination of obesity, the danger of sex at the wrong time, the place of forgiveness, or a look at the gypsy lifestyle. Instead, it showed poor responses to an unbelievable problem executed with poor dialogue and plot points. STEPHEN KING’S THINNER is in fact, emaciated.