THE FAULT IN OUR STARS

"Looking Past Our Faults" 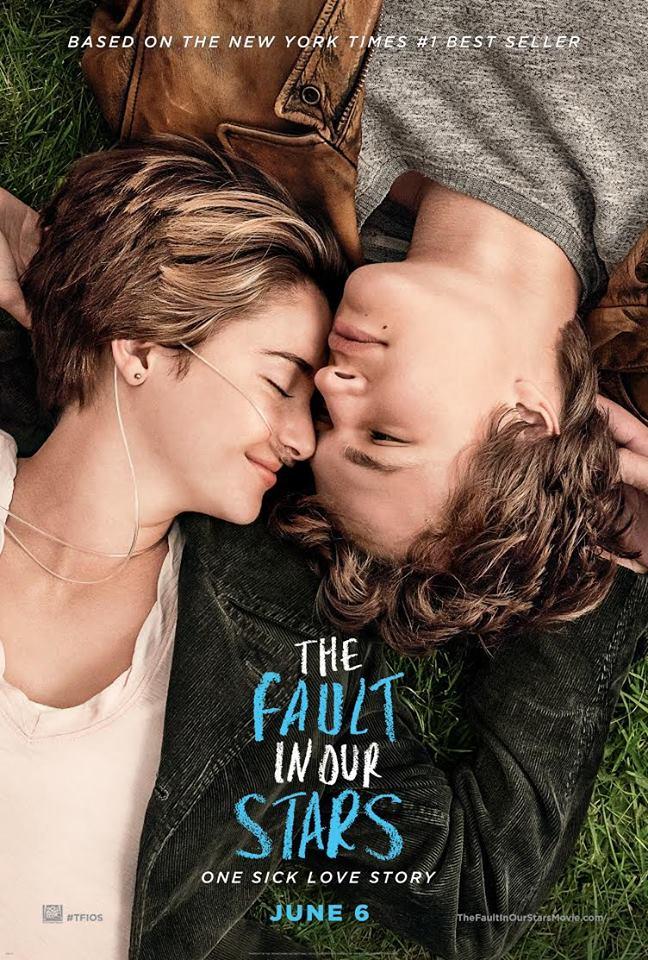 THE FAULT IN OUR STARS is about Hazel Grace, a teenage girl who has dealt with cancer for a long time, but her hope is renewed when she meets a teenage boy named Augustus. Hazel has lived with cancer for years, but is stabilized by a new drug. Her parents want her to join a support group, but she isn’t very excited about it. Going to the group, located in the basement of a church, Hazel meets Augustus. Augustus lost his leg when he had cancer but is now cancer free. The two bond over a book. As their relationship builds, Hazel’s health gets rocky.

THE FAULT IN OUR STARS is very well made, but has mixed content. It contains some positive Christian elements, with Bible verses and prayers, but the teenagers make fun of their Christian group leader. Also, the villain is an alcoholic humanist. In addition, the main characters are consumed with their romance, despite having to deal with some painful realities. Sadly, the young teenagers sleep together and curse frequently, so extreme caution is advised for THE FAULT IN OUR STARS.

(Pa, CC, BB, Ro, H, LLL, V, S, N, AA, D, M) Light mixed pagan worldview with strong Christian, biblical elements, including some prayers, Scripture read, character argues for God and the afterlife saying it gives purpose to life, church, cross, main characters have a pivotal conversation in a church sanctuary, and a voice recording of Anne Frank talks positively about how God wishes to see people happy, but Christian support group leader is presented as a silly man, some Romantic elements where main characters are consumed with their affection toward each other, the villain makes a joke that he will pretend to pray with a humanist attitude; 15 obscenities (including one “f” word), 25 profanities, and some crude language of talking about being a virgin and cancer in private parts; boy throws things on the ground and breaks them in anger but not to harm anyone, also characters are sickly and can hardly walk up stairs; young teenage boy touches girl’s breasts, implied fornication when teenagers sleep together; girl in underwear, teenagers shown lying on each other without clothes but bedsheets are over them; drinking and villain is an alcoholic; teenage boy pretends to smoke but never lights the cigarette; and, main characters have great relationship with their parents, mention of a divorce.

Hazel has dealt with being sick from a young age. Her parents think it’s a good idea to join a support group, even though she’s not very enthusiastic about it. When Hazel goes to the group, in the basement of a church, she runs into a boy in the hallway.

During the group, the boy introduces himself as Augustus Waters while staring directly at Hazel. Augustus has lost his leg due to his cancer, but now is cancer free. After the meeting, Augustus strikes up a conversation with Hazel and asks if she would like to hang out together.

This starts a friendship that turns into a crush and ultimately a romance. Augustus asks Hazel what her interests are, to which she says she loves this one book called An Imperial Affliction. In the book, the main character dies from cancer. Just days after giving the book to Augustus, he has read the entire book. The two bond over the book. Augustus decides to email the author named Van Houten.

Surprisingly, Augustus gets a response email from Van Houten, to which Hazel is in amazement. So excited, Hazel decides to write an email to Van Houten about all the questions she has, to which he replies that he can’t answer the questions but if she is ever in Holland she should meet with him. Completely delighted, Hazel has dreamed about meeting Van Houten for years, but her doctors say travel to that degree is out of the question.

One night, Hazel is woken by incredible pain and is taken to the hospital. Days pass and she has to have a tube to drain mucus from her lungs. She is able to leave the hospital but it’s clear that she will always be in need of a lot of medical assistance. Hazel tells Augustus that they should just be friends because you will never know when she will pass away, and she doesn’t want him to be too invested. Though this is the case, Augustus says he will not stop trying to get close to her, and it would be an honor to know her for however long she has left.

THE FAULT IN OUR STARS is a well-made, well-acted movie. Shailene Woodley does a good job playing sickly Hazel. Ansel Elgort does a very believable job playing Augustus. The movie has a linear structure and is mostly dialogue due to the fact the main characters are sickly. Though this is the case, it’s entertaining throughout.

THE FAULT IN OUR STARS has a mixed pagan worldview. On the positive side, Augustus asks Hazel if she believes in God, the afterlife and Angels. Hazel says she doesn’t know while Augustus says he does believe. Also, at a funeral, the pastor reads a Scripture verse and prays, but the villain says, “Now I will pretend to pray”. Three of the main characters have an important scene in the church preparing for a funeral. Augustus and Hazel also enter Ann Frank’s house and hear recording of Ann Frank saying to look at the blessings in their lives and to thank God for all He has done. Hazel also has a wonderful relationship with her parents, who are supportive and loving, showing a great example of family.

At the same time, however, the children make fun of the Christian support group leader and the basement of the church. The main characters seem to be consumed with their romance, though they do have the realities of their pain from their sickness. Sadly, the teenagers sleep together and curse often. So, extreme caution is advised.