THE ORDER OF RIGHTS 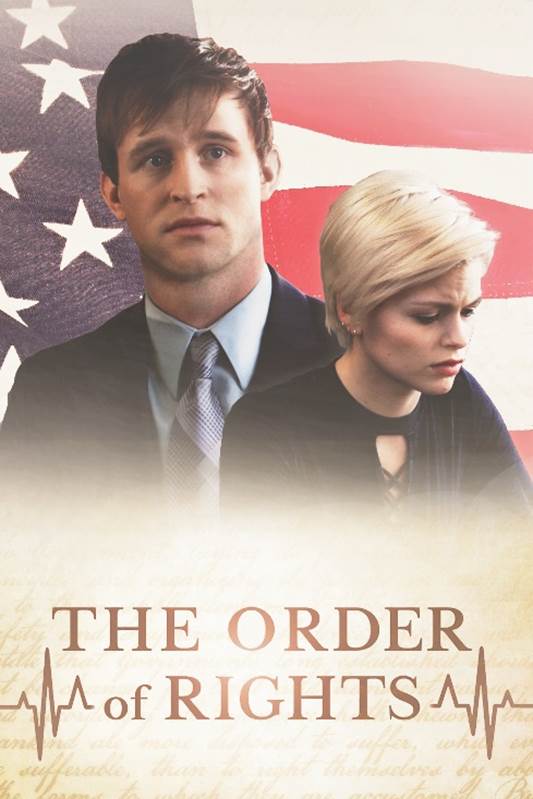 THE ORDER OF RIGHTS follows two teenagers, Emma and Ethan, as they embark on a newfound romance. Their relationship quickly escalates as Emma invites Ethan to her house when her mother, Kerri, isn’t home. The two are implied to sleep together, which leads to an unplanned pregnancy. Emma is encouraged to get an abortion by her mother and doctors while Ethan and his Christian family want her to keep the baby. Their differences find the two families battling it out in court for the baby’s life.

THE ORDER OF RIGHTS’s heart is in the right place, but its positive pro-life message suffers from poor acting, a bad story structure and some overly dramatic courtroom scenes. THE ORDER OF RIGHTS has a strong Christian, pro-life worldview. It also contains Christian, morally uplifting messages of forgiveness and reconciliation. However, there are a few politically correct, feminist elements. Thus, some of the characters promote abortion. There’s also an LGBT comment about non-gender specific toys. In addition, THE ORDER OF RIGHTS also contains implied fornication and one light obscenity. So, MOVIEGUIDE® advises extreme caution for older children.

(CC, BB, PC, Fe, Ho, L, V. S, D, M):
Dominant Worldview and Other Worldview Content/Elements:
Strong Christian, moral, pro-life worldview posits that all life matters, even when a baby is in the womb, extols prayer and forgiveness and reconciliation, references Scripture, and includes a church service, with some politically correct, feminist, LGBT elements such as teenage girls fight for their friend’s “right” to kill a baby, characters refer to a baby as only a fetus, and there’s a comment about only having non-gender specific toys, but the movie doesn’t endorse this villainy, it’s just part of the story
Foul Language:
One “h” word and no profanities, and some teenage banter making fun of their a teacher
Violence:
Mother encourages daughter to get abortion as well as doctors, conversation about how a now married couple went through with an abortion
Sex:
Implied fornication between two teenagers results in a pregnancy, conversation about a now married couple having pre-marital sex and also getting pregnant, mother has a man spend the night, and it’s implied from the next morning’s conversation that the two slept together, boy jokes that Christian’s don’t want to have “sexual” fun (he doesn’t say the word sexual, but it’s implied from the conversation), and a dating couple cuddles on the couch
Nudity:
No nudity
Alcohol Use:
No alcohol
Smoking and/or Drug Use and Abuse:
Teacher says he needs a smoke break, but no drugs; and,
Miscellaneous Immorality:
Mother is a bad role model for her daughter but repents in the end, and mother gets the national media involved with a court case to drum up the stakes about the case and to help her daughter win.

THE ORDER OF RIGHTS opens with Emma riding the school bus to her mother Kerri’s art gallery. Kerri tells Emma she can’t make it home for dinner that night as she’s working with a new man at her gallery. Emma heads home for a quiet night with herself, eating dinner and doing her homework. When Emma wakes up the next morning, she finds the man from the gallery yesterday leaving her house.

Emma confronts Kerri about it on the way to school, and instead of telling Emma what she did was wrong, Kerri says it’s time for Emma to get on birth control in case of accidents. Emma was not happy about that and was in a funk the rest of the day at school because of Kerri’s advice and actions.

Cut to the end of football practice, Ethan, the quarterback, and his friend Tommy spot Emma and her friends leaving school. Tommy wants to hit on Emma, but Ethan says Emma’s not Tommy’s type of girl. The next day at school after the school’s football pep rally, Tommy finds Emma alone and is inappropriate with her. Ethan thankfully follows Tommy as he goes after Emma and breaks up the conversation. Afterwards, Emma and Ethan go get coffee and hit it off.

As Ethan begins to tutor Emma in math, the two become more than friends. Ethan is from a strong Christian family, and his parents begin to worry that Ethan and Emma are getting too close too fast. As their relationship progresses, Emma invites Ethan inside her home when she knows Kerri will be gone for the night. It’s implied that Ethan and Emma have sex.

Ethan heads home that night and feels horrible. Emma on the other hand is almost happy it happened. The two don’t talk for a few days, and when Ethan asks to see Emma again, they break up. Four weeks later, Emma has morning sickness and finds out she’s pregnant.

Kerri basically informs Emma the only choice she has is to have an abortion. Emma is skeptical and talks to Ethan about the situation first. When Emma comes to her final decision to abort their baby, Ethan is upset and enlists the help of his parents to hire a lawyer to stop Emma from having the procedure.

The case goes to court, and Kerri lets the Associated Press know what’s happening to hype up the case. Will the court decide in Emma’s favor of abortion or will they side with Ethan’s pro-life argument?

THE ORDER OF RIGHTS’s heart is in the right place preaching a pro-life message, but the movie misses almost every mark. The acting is sub-par. The two actors cast to play the teenagers didn’t remotely look the age they were supposed to be. Also, the story and script are poorly paced and structured. Some scenes are randomly placed and don’t make much sense, while the editing is full of odd fade ins and fade outs during the movie. The portion of the movie where the teenagers are in court lasts incredibly too long and doesn’t evoke much emotion. The courtroom scenes are also too melodramatic in places.

THE ORDER OF RIGHTS has a strong Christian, pro-life worldview. It also contains Christian, morally uplifting messages of forgiveness and reconciliation. However, there are some politically correct, feminist elements. Thus, some of the characters promote abortion. There’s also an LGBT comment favoring non-gender specific toys. In addition, THE ORDER OF RIGHTS contains implied fornication and one light obscenity. So, MOVIEGUIDE® advises extreme caution for older children.

Watch THE ORDER OF RIGHTS: